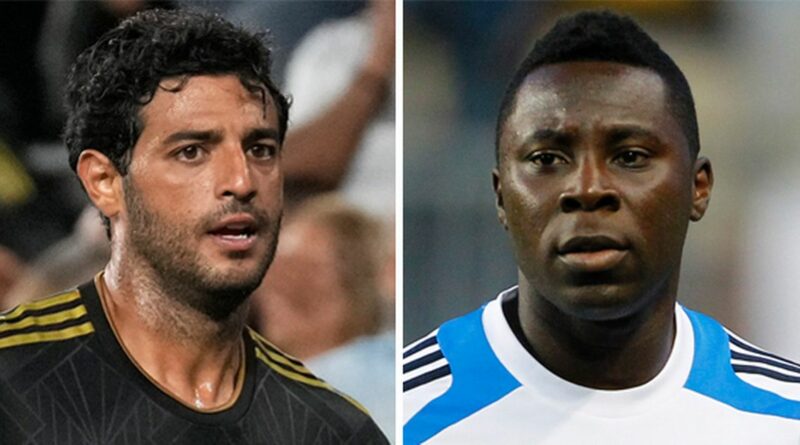 To Arsenal fans, Carlos Vela is just that Mexican bloke who never really made much of an impression.

To Football Manager (FM) players, on the other hand, he was the little genius. A jinky 2D wizard who could fire your team to back-to-back Champions Leagues in a heartbeat.

The prophetic computer game franchise has accurately predicted superstardom for some of the world's finest players over the past couple of decades, but they do occasionally get it spectacularly wrong.

Vela, who signed a contract extension with Los Angeles FC this week, fell off the radar following his failed spell in north London despite the fact that he was once tipped (by FM at least) to emulate the great Lionel Messi.

Here, Daily Star Sport has taken a look back at five other Football Manager wonderkids who turned out to be a bit rubbish in real life.

In fairness to the scouts at Football Manager, everyone and their dog thought Freddy Adu would make it to the top.

The American was dubbed "the next Pele" in 2004 after making his professional debut at just 14-years-old, but just two years later it was obvious he wouldn't be living up to the hype.

Following a failed trial at Manchester United in 2006, Adu signed for Benfica, though he featured just 11 times for the Portuguese side before being shipped out on loan. He spent the next four years nomadically hopping around Europe like a Uni student on his gap year before sealing a move back to America.

Drab stints in Brazil, Serbia, Finland and Sweden followed and now, aged 33, Adu finds himself without a club.

Can you think of any more Football Manager wonderkids whose careers tanked hard? Let us know in the comments section.

Once upon a time, Paulo Henrique – or 'Ganso' as he became known – was hands down Brazil's next big thing.

As Football Manager 2009 players will remember, he was rated just as highly as his Santos team-mate Neymar, and plucking the duo from the Brazilian outfit was tricky business.

But while Neymar blossomed into the player FM mystics predicted, Ganso did the opposite. Opting to stay in Brazil, the midfielder watched his compatriot seal a £79 million move to Barcelona and take the world by storm.

Ganso eventually got his move to Europe in 2016 when Sevilla came calling, but by then bloom was well and truly off the rose and he struggled for game-time before being eventually shipped back to Brazil three seasons later – tail very much between his legs.

Arsenal fans thought they'd found Thierry Henry's successor after landing the highly-rated Yaya Sanogo in 2011, but it only took a few weeks before they were all scratching their heads wondering where the hype had come from.

For Football Manager enthusiasts he was a 'sign at all costs' kind of player, but the Frenchman quite literally couldn't hit a barn door with a banjo – let alone a bloody football.

After netting just one goal in four seasons at the Emirates, Sanogo was sold back to France with his reputation in tatters. He returned to England in 2020 after signing a one-year deal with Huddersfield Town, but was released at the end of the season having failed to score a single goal.

The now 29-year-old, who ought to be in his prime, hasn't kicked a ball for 12 months after failing to find a new club – a situation no FM 2010 player could've ever envisaged!

Samba was touted as a future England star after being signed by Millwall at the age of 13, meaning it was a no brainer for bosses to snap him up three years later on Championship Manager 01/02.

But the striker, who was capable of single-handedly firing a team to glory in the game, never reached the same heights during his real career.

Despite being picked ahead of Wayne Rooney for England's Under-17s, Samba didn't make the grade at Millwall and went on to play for other low-level teams in England, Spain, Greece, Finland and Norway.

He kicked his last ball in 2012 at the age of just 27, before officially retiring three years later due to chronic injury problems.

Football Manager experts must have been super excited when Henri Saivet joined Newcastle in 2016, though sadly he proved barely a fraction as talented as the player he was on FM 08.

The Bordeaux youngster was likened to Nicolas Anelka, and was absolute must-have for any virtual gaffer worth his or her salt – but he was anything but during his underwhelming spell in England.

His time at St James' Park was largely spent out on loan and he was officially released by the Magpies last summer. Like Sanogo, he spent the last 12 months without a club, though earlier this month the 31-year-old officially signed for French second tier side Pau FC. 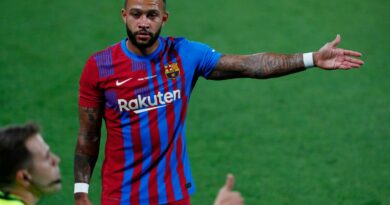