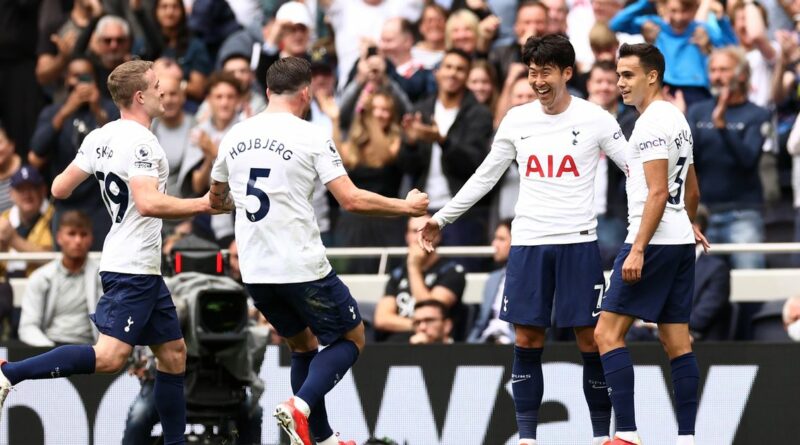 Heung-Min Son sent Tottenham Hotspur top of the Premier League with the winning goal in a 1-0 win over newly-promoted Watford.

Spurs were in control for much of the match, with Son scoring when his free-kick drifted through the box and past Daniel Bachmann in the Hornets goal.

The visitors had few chances to get themselves back in the game, with Tottenham looking the more likely side to score the second goal.

Son’s goal proved enough for them to claim all three points though, sending them above West Ham and to the summit of the top-flight.

Here, Daily Star Sport looks at five things you might have missed from Tottenham’s win…

No ill feeling from Spurs fans

When Tottenham defeated Manchester City in the opening game of the season, chants of “Are you watching Harry Kane” rang out among the home crowd.

Kane has since announced he will be staying at the club beyond this summer, reaffirming his commitment to Spurs.

That has been to the delight of Spurs fans, with a huge cheer erupting at Tottenham Hotspur Stadium when Kane’s name was read out just before kick-off.

Who will win the Premier League this season? Comment below.

While Spurs fans will have been delighted with Kane’s commitment to the club, he did not start the game well.

First in the opening minutes of the game, Kane fell over under the challenge of Watford defenders, but his claims for a penalty were waved away by referee Andre Marriner.

Soon after, the England captain had his first attempt on goal, but fired his shot high into the stands from inside the box.

To cap off his difficult first-half, Kane was booked for a poor challenge before the break.

Watford have made 12 signings this summer as they look to reinforce their squad ahead of a Premier League survival battle.

Two of them have been from Tottenham, with Moussa Sissoko joining former Spurs team-mate Danny Rose at Vicarage Road on Friday.

Rose started the game as a substitute and was given a warm welcome by the Tottenham crowd as he went out to warm-up after 34 minutes.

Sissoko developed a reputation for being wildly inconsistent during his time at Tottenham, before completing a £2.5m move to the Hornets last week.

It was not a happy homecoming for the Frenchman though, as he first got in the way of Ismaïla Sarr to allow Heung-Min Son to have a shot on goal.

His frustration boiled to the surface seven minutes before the break when he booted the ball straight at Nuno Espirito Santo from about two yards away after it had gone out for a throw-in.

Whether Sissoko did it in frustration at Dele Alli’s challenge or as payback for Nuno pushing him out the exit door is up for debate, though the Spurs boss took it in good grace.

Sissoko capped his unhappy return with a booking early in the second-half after he tripped Oliver Skipp up.

But manager Xisco Munoz could be considering making a change based on the Austrian's performance against Spurs.

Bachmann frequently gave the ball back to Tottenham from his goal-kicks, putting the visitors under pressure throughout the game and leading to jeers from the home crowd. 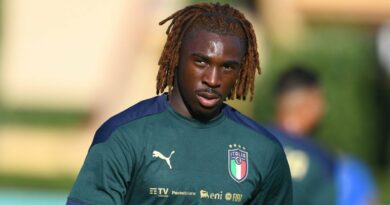 Leeds United and Kiko Casilla yet to apologise to Jonathan Leko