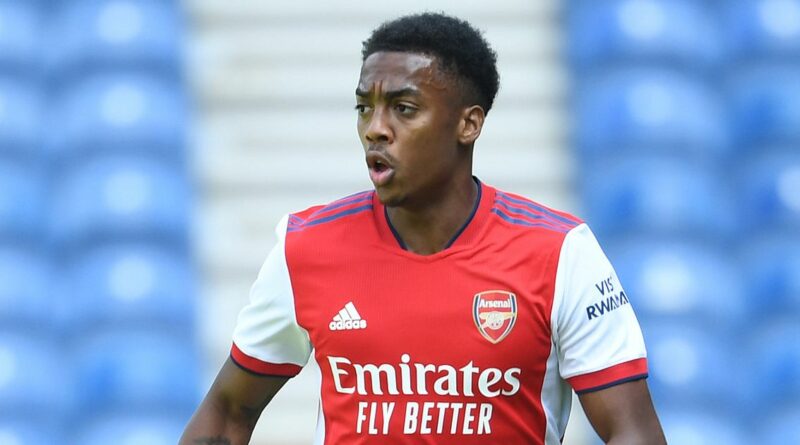 Mikel Arteta is currently rebuilding his Arsenal squad as he works his way through his fourth transfer window as Gunners boss and is looking to move players on from his squad both permanently and on a loan basis.

During the 2020/21 season, as many as eight members of the first team squad at the Emirates left on loan, either in the summer window or later in January.

Once again, several players could leave on a temporary basis this summer, including experienced senior members of the squad as well as younger players looking to develop at a club with greater match opportunities.

Here are six players who could leave Arsenal on loan this summer:

Academy product Joe Willock spent the second-half of last season on loan at Newcastle United, where he found exceptional form in front of goal.

The 21-year-old midfielder score eight times in 14 games for the Magpies and became the youngest player to score in seven consecutive Premier League matches.

He has been linked with a return to St. James' Park this summer and Arsenal's £15million evaluation of the player makes it likely it will be a loan move once again.

Like Willock, Ainsley Maitland-Niles spent the back end of 2020/21 season out on loan as he made 15 appearances for West Bromwich Albion.

Despite some impressive performances he was unable to save the Baggies from relegation and may well leave on loan once more this summer.

Maitland-Niles will hope to regain the form that earned him five England caps in the first-half of last season and has been linked with a move to newly promoted Watford this summer.

Winger Reiss Nelson only made nine appearances in all competitions for the Gunners in 2020/21 and has been strongly linked with a loan move this summer.

Nelson recently liked an Instagram post linking him with a move to Brighton and Hove Albion and has also been the subject of interest from Crystal Palace and Brentford so far during this window.

Nelson spent the 2018/19 season out on loan in Germany with Hoffenheim.

It is also understood that Nketiah is a player being earmarked to be let go by the club in order to allow them to sign Tammy Abraham from Chelsea.

Watford have shown an interest in the England under-21 international earlier this summer as Nketiah could well leave on an initial loan move.

Bosnian left-back Sead Kolasinac is another player that was sent out on loan by Arteta for the second half of last season as he returned to former club Schalke.

Like Maitland-Niles he was unable to prevent his temporary employers from relegation, having made just nine Arsenal appearances before returning to Germany.

Schalke have again been linked with the 28-year-old this summer, as have Italian side Lazio.

Under-23 captain Folarin Balogun broke into the Arsenal side last season as he made six appearances after making his debut in October 2020, scoring twice for the club.

He has yet to make his Premier League debut but was linked with a January loan move to Sheffield United.

Having signed a contract extension in April, a loan move would be the likely next step in the youngsters development.

Neymar included in PSG squad for pre-season tour of China