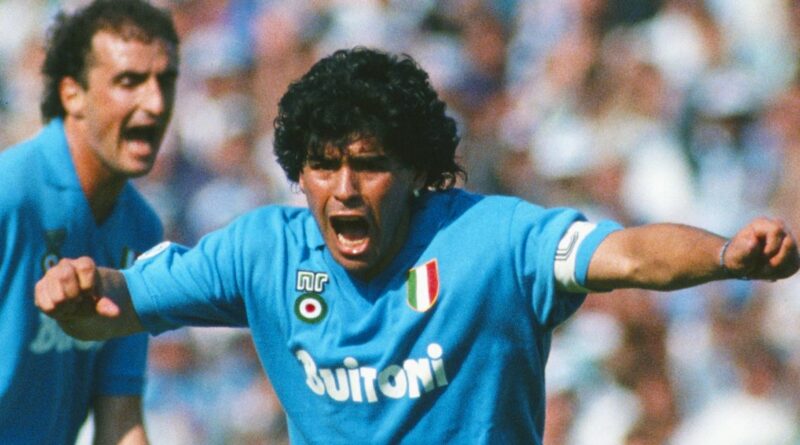 Despite playing no football since February, Arsenal are reportedly keen on signing Ajax goalkeeper Andre Onana with current shot-stopper Bernd Leno rumoured to be stalling over whether to sign a new deal.

Onana has been banned since just after the turn of the year as a result of banned substance furosemide being found in his urine sample.

The Cameroonian has insisted it was a simple case of human error, claiming he mistook his wife’s prescription medication for aspirin because of the "almost identical" packaging.

Despite the verdict of Onana's appeal against the verdict yet to be concluded, Arsenal are keen on purchasing the 25-year-old regardless of the outcome on a cut-price deal.

The goalkeeper's current Ajax deal expires next summer and in the wake of his ban it appears that Ajax are in no real rush to tie him down to a new contract, meaning the Gunners could secure his services for as little as £7m.

Onana is not the first big-name star to face a lengthy spell on the sidelines as a result of a failed drugs test, here are six other footballers to fall foul of the laws surrounding performance enhancing drugs and banned substances.

The Dutchman oversaw a turbulent career which saw him reach the highs of Barcelona and the lows of a failed player-manager stint at Barnet.

However, his career had hit a rocky patch long before his ill-fated stint at Underhill which saw him fail to keep the Bees up.

In 2001, while at Italian giants Juventus, Davids tested positive for the banned steroid Nandrolone which many expected to scupper his place in the Netherlands national team at the 2002 World Cup after he was originally handed a 16-month ban.

Davids appealed the decision and ended up reducing his suspension to four months, claiming that homeopathic medicines were to blame for the high levels of nandrolone in his system.

Best known for his stint at West Ham, the former Australian international was slapped with a 12-month suspension from all action in 2007.

Lazaridis tested positive for prescription alopecia medication anti-androgen Finasteride, the substance was banned and the ex-Hammer's argument that he wasn't aware it was banned and it wasn't a performance enhancing drug fell on deaf ears.

At the time of the ban, Lazaridis was playing for Perth Glory in his homeland. He opted to retire from the game entirely rather than see out his suspension before returning.

One of the more eccentric midfielders the Premier League has ever seen, former Liverpool star Xavier received an 18-month ban for taking anabolic steroids.

The Portuguese star was plying his trade at Middlesbrough at the time, with his positive test result coming in the aftermath of a UEFA Cup game in 2005.

Xavier tested positive for the use of banned substance dianabol, which ensured he became the first player in Premier League history to be banned for usage a non-recreational drug.

The ban did not impact the success of his career moving forward, the midfielder enjoying a successful stint alongside David Beckham at LA Galaxy.

One of the most infamous cases of a drugs ban in Premier League history, Mutu was a player tipped for greatness after he signed for Chelsea in August 2003.

He only has himself to blame for the demise of his career in England, after the Romanian failed a drugs test for cocaine and was released just over a year later in October of 2004.

If that wasn't enough of a punishment, Mutu was also banned for seven months and fined £20,000 by the Football Association.

He did earn himself a move to Juventus, before enjoying a period of moving around a number of Italian outfits including Fiorentina and Cesena.

A move to India with FC Pune City towards the end of his playing days fell through after FIFA refused to sanction the deal.

In 1995, Chris Armstrong made unwanted history as the Crystal Palace star became the first ever Premier League player to receive a ban as a result of failing a drugs test.

Just 23 years old at the time, Armstrong tested positive for cannabis, but surprisingly was back in the swing of things playing for the Eagles within a month of the verdict.

Armstrong was obliged to attend a brief rehabilitation programme, before leaving the Eagles altogether at the end of that same season after Palace were resigned to relegation.

He made the short trip across London to play for Tottenham Hotspur, who parted ways with £4.5m to bring him to White Hart Lane – making him the most expensive player to ever leave Crystal Palace at the time.

Undoubtedly the most infamous drug scandal involving a player, Diego Maradona was found guilty of using banned substances not once but twice.

His first offence came in 1991 while playing for Napoli, ending his tenure at a club that adored him so much in disgrace.

Maradona tested positive for cocaine use, resulting in a 15-month ban which saw him join Spanish outfit Sevilla by the time the suspension was served.

The second, more memorable offence came in the 1994 World Cup, where after scoring a goal for Argentina Maradona dashed towards the television cameras, eyes bulging.

This sparked an investigation, which found he had tested positive for ephedrine doping and was exiled back to Argentina.

A sad end for one of football's greatest.