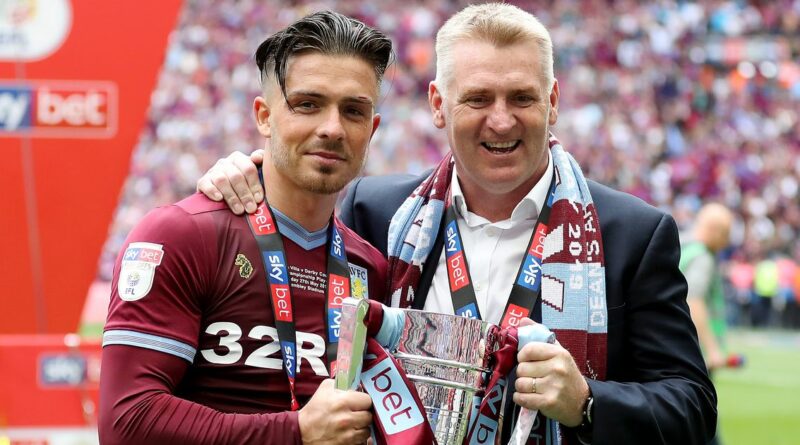 Manchester City star Jack Grealish returns to boyhood club Aston Villa on Wednesday evening for the first time since his £100m move north in the summer.

The Englishman has been left a frustrated figure in Manchester though, failing to cement a place Pep Guardiola's regular starting XI.

His early promise soon faded; the former Villa hero has scored just twice for the Cityzens and has admitted he has felt like a letdown at his new club.

The 26-year-old is a doubt for this evening's fixture after picking up a knock whilst away on international duty though he will undergo a last-minute fitness test to see if he can feature.

Grealish will be eager to return to his former stomping ground and prove his capabilities after turning his back on his boyhood club over the summer.

Now, ahead of his potential Daily Star Sport examines how six heroes-turned-villains fared on their return to former clubs…

Described by Arsenal legend Ray Parlour as the scariest match he ever played in, Sol Campbell returned to White Hart Lane in November 2001 after leaving arch-rivals Tottenham at the end of the previous season.

The England international made over 300 appearances for Spurs but chose to run down his deal and leave for free citing a lack of trophies as a key factor in his decision.

Can you think of anyone that should be on this list? Let us know in the comments section.

On his return, Tottenham fans booed and jeered their former hero with some even holding up placards labelling him 'Judas'.

And despite Arsenal taking the lead and Campbell impressing back at the Lane, Spurs nicked a last-minute equaliser to earn a share of the spoils.

Widely regarded as a flop on Merseyside, the Crystal Palace forward show the kop exactly what he's capable of when returning to the north west in 2017.

The Belgian forward bagged a brace as Sam Allardyce's side claimed a 2-1 victory to dent Liverpool's Champions League hopes.

A £32.5m signing for the Reds in 2015, his nine-goal return works out at a cost of £3.6m for every time he found the net during his one-year stint at Anfield.

But Benteke's double ensured a memorable return for the 6ft 3 striker as Palace eased away from the relegation zone.

Having spent two years on loan at Manchester United, Tevez snubbed a permanent move at Old Trafford in 2009, opting to sign for rivals Man City.

The Argentine was cheekily greeted with a 'Welcome to Manchester' banner by his new club with a sky blue Tevez showcased in his typical celebratory manner.

His return to Old Trafford was not quite a cause for celebration though, Michael Owen scored a late winner with the game ending 4-3 to United.

Tevez did register two assists on his return from injury, wearing heavy knee strapping to accommodate him through the game.

A summer signing by Sir Alex Ferguson in 2012, Robin van Persie's one season under the legendary manager earned him his sole Premier League crown.

Loved by Arsenal fans for his goalscoring pedigree, the Dutchman racked up a staggering 132 goals in 278 appearances whilst at the London club.

And his habit of finding the back of the net continued on his return to the Emirates.

Van Persie netted a 44th-minute penalty as United came from behind to draw 1-1 against their title rivals.

Remembered for his famous knee-slide in front of the Arsenal fans whilst at Man City, Adebayor had a much quieter evening when returning to the Emirates later in the season.

The Togolese forward was brought off the bench as a second-half substitute for fellow ex-Arsenal man Patrick Vieira with the score tied at 0-0.

The applause for the Vieria's departure quickly turned into a chorus of boos for Adebayor who failed to make an impact on the game.

Despite the match finishing goalless, the dull showing did go down in the history books with Gunnar Nielsen becoming the first Faroe Islander to make an appearance in the Premier League replacing injured City 'keeper Shay Given with 17 minutes to play.

Claiming he'd never sign for another English club, Fabgreas broke Arsenal hearts when he signed for Chelsea in 2014.

Despite reports the Gunners had opted not to utilise their buyback clause, manager Arsene Wenger rubbished those allegations when stating the Spaniard had already decided on a move to Stamford Bridge.

A 0-0 draw ensured a forgettable afternoon as Chelsea were forced to wait until the following week to claim the Premier League title against Crystal Palace.

Though Fabregas was the centre of attention midway through the first half when he theatrically fell to the floor.

But the only outcome, to the delight of Arsenal's fans, was their former star being brandished a yellow card by Michael Oliver for simulation.