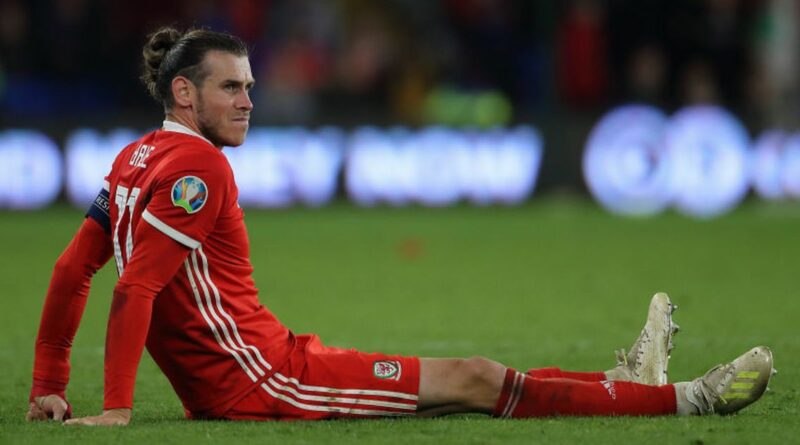 Although Gareth Bale will retire as one of the most successful British players in history – his endless injury woes have forced him to miss several major fixtures for his country.

Bale has been left out of the Wales squad to take on Belgium on Tuesday having missed two months of action due to a hamstring tear before he played 45 minutes of their 5-1 thrashing of Belarus.

Although Rob Page's side are guaranteed a World Cup playoff spot thanks to their Nations League success, they must hold on to second place in the group on Tuesday to have any chance of a home draw – and would no doubt have a much better chance with a fit captain.

With Bale missing the vital encounter, Daily Star Sport has taken a look at six players who have not been able to reach their potential at international level due to injuries.

While Bale has put Wales first throughout his professional playing career, he has missed far more matches than he would've liked since his 2006 debut.

The former Tottenham forward first played for his country against Trinidad and Tobago, and got his 100th cap against Belarus at the weekend.

Although he will cherish their run to the semi-finals of Euro 2016, Bale has missed a total of 57 fixtures for his country since his bow.

Abou Diaby looked set to be a star with both Arsenal and France at the beginning of his career, but injuries quickly took their toll on his emerging talent.

The dynamic 6 ft 4 in midfielder made only 16 Premier League appearances during his final four seasons with the Gunners, and made only six outings during the final two campaigns of his career with Marseille.

Diaby made his France debut back in 2008, but was only able to make a total of 16 appearances and score one goal before his final international outing in 2013.

Andy Carroll burst onto the England scene in 2012 after leaving Newcastle for Liverpool, heading home from Steven Gerrard's cross to give the Three Lions a lead over Sweden at Euro 2012.

Not many would've predicted that to be the last goal he would score for his country, with his international career coming to an end that year after nine caps and two goals.

The 32-year-old was not able to have the desired impact across seven seasons with West Ham, and scored once across two seasons with Newcastle before joining Reading this week.

Was Jack Wilshere the best midfielder of his age group? Tell us in the comments section

Jack Wilshere was tipped by many to be a future England captain after making his debut in 2010, but at the age of just 29 he hasn't played for the Three Lions in five years.

The former Arsenal midfielder was the most talented of his generation, and was the 12th youngest debutant in England history.

Despite a memorable double on his return to England duty in 2015, they remain his only international goals having posted a respectable 34 caps despite his injury woe.

Daniel Sturridge only managed eight goals for England across his six-year international career, and is now playing in Australia after a string of damaging injuries.

The 32-year-old couldn't make more than 20 Premier League appearances in a season for Liverpool following his blockbuster 2013/14 campaign in which he scored 21 league goals.

Although Sturridge did win Premier League and Champions League medals with Chelsea, he might be left wondering what could've been with England.

Marco Reus has had a career blighted by injuries despite since joining Borussia Dortmund from Borussia Mönchengladbach back in 2012, and has only been able to make 48 appearances for Germany.

The 32-year-old was left heartbroken after getting injured on the eve of the 2014 World Cup, which his team-mates would go on to win without him.

Reus joined Dortmund on the back of their back-to-back Bundesliga titles, but has only won two major honours during his career, the DFB-Pokal in 2017 and 2021.

Bournemouth could be Chelsea's bogey side yet again