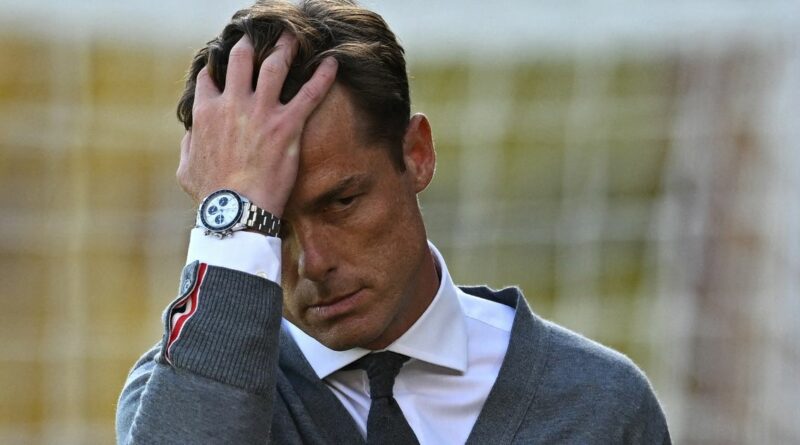 Scott Parker became the first Premier League casualty of the 2022/23 season after being sacked by Bournemouth on Tuesday.

The 41-year-old was dismissed over a year into his role after three batterings at the hands of Manchester City, Arsenal and Liverpool respectively to kick off the Cherries’ season. And the record-equalling 9-0 defeat at Anfield at the weekend appeared to be the final nail in the coffin for the former midfielder.

His ruthless dismissal made him the first top flight manager to be sacked in August in 17 years, dividing fans on social media. But it should come as no surprise given the cutthroat nature of the world Premier League managers operate in, as Daily Star Sport brings you six of the quickest managerial dismissals in English top flight history.

Former Manchester United coach Rene Meulensteen was brought in during the 2013/14 season to stabilise Martin Jol’s side as a backroom member of staff. He took over as head coach three weeks later but was unable to steer a sinking ship to safety.

The Dutchman lasted just 13 league matches before getting the axe, winning just three as Fulham found themselves in deep trouble by February. His contract was terminated while the west London club went on to finish 19th under Felix Magath.

Swansea’s last few seasons in the Premier League were a direct contrast to the stability they enjoyed under Brendan Rodgers and Michael Laudrup from 2010 to 2014. They chopped and changed managers haphazardly in a way that steadily eroded the Welsh club’s identity until their 2018 relegation.

None epitomised that more than the appointment of American Bob Bradley in October 2016 after he was allegedly offered the role without the Swansea supporters trust’s consultation. Bradley took charge of 11 league games, winning two and conceding a boatload before being sent packing after just 85 days.

Quique Sanchez Flores returned to manage Watford for a second time in September 2019. His first attempt three years earlier had seen him guide the Hornets to a mid-table finish and the semi-finals of the FA Cup.

But the second spell was a complete disaster, with the Spaniard suffering five losses and managing just one win in the league before being sacked on December 1. His 10 match tenure infamously included a 8-0 drubbing at the hands of Pep Guardiola’s Man City.

Which manager do you think least deserved the sack? Let us know in the comments section.

Les Reed has the unfortunate honour of having one of the shortest reigns as a Premier League manager. He took charge of Charlton in November 2006 after Iain Dowie was sacked, having been assistant coach to the latter.

His six-week spell marked a torrid time for the Addicks, who won just one match in eight in that time. His 12.5% win ratio was enough to see him sacked on Christmas Eve just 41 days after his appointment.

Frank de Boer holds the joint-record for the least games in charge before being sacked by Crystal Palace. He was appointed in the summer of 2017 but only made it to September where he was dismissed after four league matches at the helm.

The Dutchman’s side suffered four defeats without scoring a single goal, leading to Eagles chairman Steve Parish quickly pulling the trigger. The only thing keeping him from ascending to the No.1 spot on our list is the fact De Boer also took charge of a second round League Cup tie where he managed a victory over Ipswich.

The Englishman’s dismissal after four matches may be seen as incredibly harsh by some. After finishing second in the Championship last season and earning promotion with the Cherries, Parker received minimal backing in the summer transfer window in comparison to his rival managers.

It therefore comes as little shock that Bournemouth were completely out of their depth in their first month back in the Premier League. Those arguing that Parker was dismissed a little too hastily will point at the fact he had to face three of the league’s toughest sides early on, as well as the 2-0 opening day win over Aston Villa. 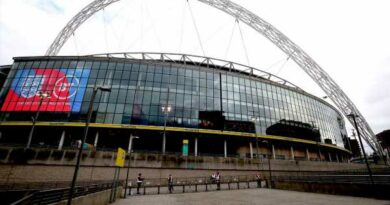 Euro 2020: No plans for semi-finals and final to move from Wembley 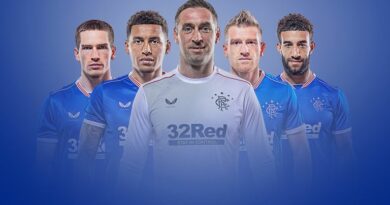 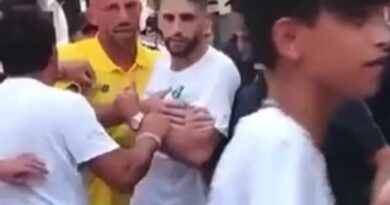 Domenico Berardi restrained after chasing a fan after Sassuolo's loss