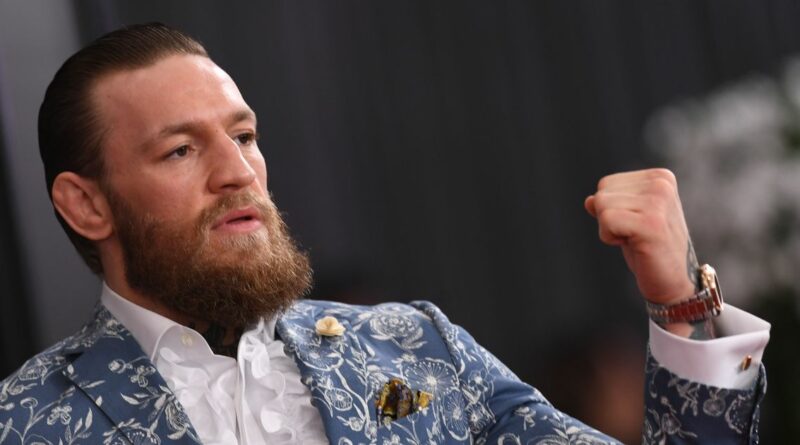 Conor McGregor expressed a desire to 'explore' a potential purchase of Chelsea following the decision of Roman Abramovich to sell up – and he wouldn't be the first sporting star to invest in football.

Despite being a Manchester United fan, the former UFC featherweight and lightweight champion could use some of his huge fortune to branch out into football.

The Irishman wouldn't be the first rich sporting star to enter the world of football ownership, with some of the very best in tennis and basketball holding stakes in clubs.

Daily Star Sport has taken a look at six of those who have invested in the past – including a pair of former Real Madrid team-mates.

Most sporting investors into football clubs do have a history in the game – and Brazil legend Ronaldo is no exception.

The 45-year-old, who lined up for Barcelona, Inter Milan, Real Madrid and AC Milan among others, became the majority owner of Real Valladolid back in 2018.

Ronaldo bought a 51% controlling stake in the club for around £25million, saying at the time: "I have gone through many stages in my training in football to prepare for this.

"Football is all about passion. We want to build the best team possible to compete while also giving information about our management with transparency."

Would Conor McGregor taking charge of Chelsea be a good idea? Give us your thoughts in the comments section

Way back in 2010, legendary tennis player Rafael Nadal and his uncle Miguel Nadal purchased a 10 percent shareholding in Real Mallorca – a club close to his heart.

Just a year later, Nadal and his uncle sold their stake to German businessman Utz Claassen, but that wasn't his last association with the club.

Nadal was spotted cheering for Mallorca during their clash against Deportivo de La Coruna back in 2019, and last year presented their new stylish Nike kit.

The four time NBA champion and four time NBA MVP is often spotted wearing Liverpool red, having attended Anfield and posed with supporters in the past.

More recently, Lebron became a partner at Fenway Sports Group and was said to be taking a 'more active role' in their global sports ownership enterprise.

The MLS side welcomed aboard the Super Bowl LIV MVP back in July, and he has since been spotted at their Children's Mercy Park stadium.

He said at the time: "I am grateful for the opportunity to join Sporting Kansas City’s ownership team and strengthen my connection to the fans and the city I love.

"Sporting is a community-oriented club and I am excited to continue supporting the growth of soccer in Kansas City."

Back in 2014, it was announced that England and Manchester United hero David Beckham had exercised an option to buy an MLS expansion team as part of an agreement made with LA Galaxy in 2007.

Full name Internacional de Futbol Miami, the club made their MLS debut in March of 2020, with Jorge and Jose Mas co-owners alongside Beckham.

More recently, Beckham brought in former team-mate Phil Neville as manager, but could only manage seven wins from 23 games during their debut season and 12 from 34 during their second.

Back in 2020, tennis icon Serena Williams and actresses Natalie Portman and Eva Longoria were announced as investors into NWSL side Angel City by founder Julie Urhman.

Urhman told Sky Sports News: "When we went out and tried to raise money, the message really resonated with women.

"It was the idea that we were approaching this differently, the idea that the mission was as important as the sport. And also the idea of building a team that wasn't legacy sports and that we could think a little differently about the product we put on and off the field."

A football wishlist for the 2020s (starting with scrapping League Cup)