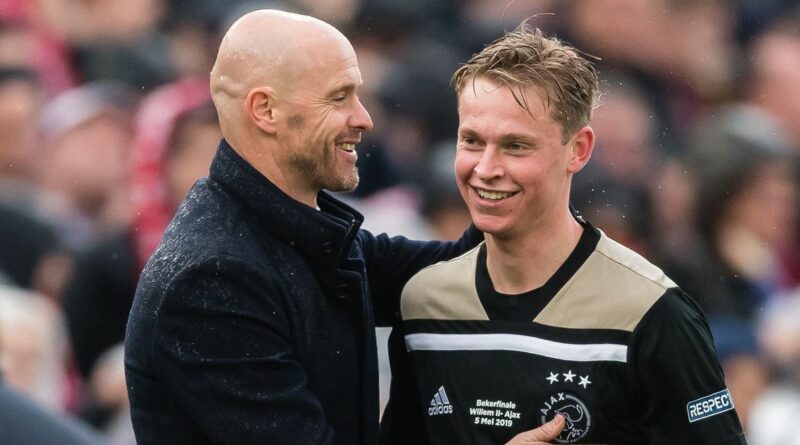 Manchester United are still hopeful of finalising a deal for top target Frenkie de Jong but there is now a resounding acceptance that a deal might be too challenging to pull off.

New boss Erik ten Hag earmarked the former Ajax star, 25, as his no.1 priority in the summer window but the constant back and forth between United and Barcelona has so far proved fruitless.

The Red Devils have agreed a £56million deal for De Jong's transfer but Barcelona's ongoing financial troubles mean the Dutchman is owed £17m in unpaid wages, which he'd be entitled to should he make the switch to Old Trafford.

Now, as the transfer saga runs deep into the transfer window, Daily Star Sport examine seven blockbuster deals that never quite made it over the line…

Steven Gerrard seemed destined to join Chelsea for two consecutive summers, but the Liverpool icon was unable to turn his back on his boyhood club. First testing Liverpool's resolve after Euro 2004, Blues legends John Terry and Frank Lampard were on a personal scouting mission throughout the Portugal-based tournament with boss Jose Mourinho keen on strengthening his midfield.

HAVE YOUR SAY! Who nearly signed for your club? Let us know in the comments section.

"Mourinho expressed his interest to the England players [at Chelsea] — 100 per cent he would have made us stronger — and asked if we could have a quiet word with Stevie, which we did," John Terry later revealed. "Stevie literally said from day one he didn’t want to go but in the end, he got kind of turned."

Chelsea's £20million offer was rejected by Liverpool in 2004 but the pressure ramped up the following summer. A month after lifting the Champions League trophy, contract negotiations between Gerrard and Liverpool stalled, despite the Reds offering a club-record £100k-a-week.

Jose Mourinho then tried his luck with a £32million bid, which was rejected by the Anfield hierarchy, but the boat was rocked by Gerrard handing in a transfer request and stating his intention to leave. Upon hearing the news, Gerrard's family rallied and convinced him to stay loyal to his boyhood club. He penned a new contract with Liverpool a day later.

Kylian Mbappe's long-standing switch to Real Madrid looked destined to be completed when the transfer window opened in June but instead, the Frenchman snubbed a move to pen a bizarre new contract with PSG.

As well as bagging a weekly wage around the £1m mark, the 23-year-old's deal includes the right to chip into off-field decisions including behind-the-scenes changes and even managerial appointments.

Prior to the latest developments, Mbappe had long been touted with a move to the Spanish capital having twice turned down a new contract at the Parc Des Princes. The forward was also eager to finalise a switch on Transfer Deadline Day last August, but the Parisians rejected Real Madrid's mammoth £171m bid.

With just 12 months remaining on his deal, it was expected Mbappe would see out his contract in Paris before joining Los Blancos on a free transfer this summer. Even La Liga believed one of the world's brightest young stars was heading their way – President Javier Tebas branded Mabppe's new PSG deal "an insult to football."

Another will they, won't they saga that just never seemed to go away, Sneijder was constantly tipped with a move to Man Utd during the height of his powers – as well as being robbed of the 2010 Ballon d'Or.

After claiming the treble with Inter Milan, one of Sneijder or team-mate Samuel Eto'o needed to leave to balance the books. Coach Gian Piero Gasperini opted to flog Eto'o and the Netherlands international remained at the San Siro for another 12 months before heading to Galatasaray.

"We had some talks with Alex Ferguson back in 2010," Sneijder later told Galatasaray Dergisi, via Sports Mole. "[United] contacted [Inter] after our treble season but too much money was asked for. And I was also happy at Inter so I decided to stay.

"Manchester United are a fantastic club and they kept showing interest after that year but not as determined as before. I don't give much thought about proposed transfers.

Constantly tipped with a switch to the Emirates Stadium in 2013, Arsenal looked to finally replace Thierry Henry by purchasing a world-class forward. However, the move fell apart as Arsene Wenger was not willing to meet Los Blancos' £34.5m valuation.

The Frenchman instead decided to splash his entire summer budget on Higuain's team-mate Mesut Ozil, breaking their club record with a £42.4m bid. At least Higuain took it well.

He told TyC Sports: "I remember that I was on the verge of going to Arsenal when I went to Napoli, but they said I was too expensive. And a few days later, they paid €80m for Ozil!" It wasn't quite €80m (£67m), but point taken.

Toni Kroos' switch to Man Utd was all agreed until David Moyes was axed after only eight months. The Scotsman was given a tough act following legendary boss Sir Alex Ferguson in the hot seat and his side lacked a midfield presence.

Kroos, then at Bayern Munich, was perceived to be the answer. The Rolls-Royce midfielder had just claimed his third Bundesliga title and was ready for a new challenge.

"I knew beforehand that United wanted me," Kroos said via the Daily Mail. "Moyes absolutely underlined that. It was a really nice afternoon with very pleasant people. We talked a lot about United's football plan, which convinced me.

"But we also got to know each other as people. We knew quite a bit about the Moyes family afterwards. We talked about how we lived and how we all imagined life as a family.

"In the end, we broke up to do it. So we agreed verbally. The next step should be to look at everything on the spot in Manchester. The move would not have been that complicated – after all, we only had one child at the time, seven months old. It would all have worked."

Ahh, the fabled fax machine. Breaking through at Atletico Madrid, David de Gea looked to be close to sealing a switch to City rivals Real on Transfer Deadline Day in 2015, only for the Spanish giants to miss out as the relevant paperwork was not received in time.

With just 12 months left on De Gea's deal, United were resigned to losing their star shot-stopper and wanted to cash in rather than lose him on a free transfer. The Red Devils agreed a £29m deal with Real, with Keylor Navas coming the other way, and contracts were sent to United at 11:39am.

Real claimed the documents were not returned until 9:32pm, before the Premier League club agreed terms with Navas' agent at 9:53pm, and entered De Gea's details in FIFA's electronic Transfer Matching System (TMS) at 10pm.

Yet the La Liga titans said they only received the documentation at 10:02pm – two minutes after the TMS had closed when the window for non-British European leagues had shut.

Nabil Fekir's move to Liverpool in 2018 was put down to him failing a medical. A dodgy knee was alleged to have scuppered a dream switch to Anfield – however, the French international now believes it was his agent who foiled a deal.

Following Philippe Coutinho's £120m switch to Barcelona, Jurgen Klopp spent heavily in the transfer market. Naby Keita arrived from RB Leipzig and Fabinho was bought from Monaco. The German was also eyeing a £53m deal for fellow Ligue 1 star Fekir, but the move was axed at the last minute.

"It was a dark moment," Fekir told The Times. "I saw plenty of things which weren’t true. It was said the knee stopped me going to Liverpool but that wasn’t true.

"I went to Clairefontaine [France’s football centre near Paris], and they did all the proof [medical] and the knee was fine. I had a problem with my agent, my adviser. It was the agent responsible for the deal not going through. 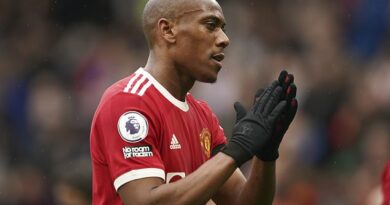 Hasenhuttl vows his side will do everything to keep Werner 'unhappy'