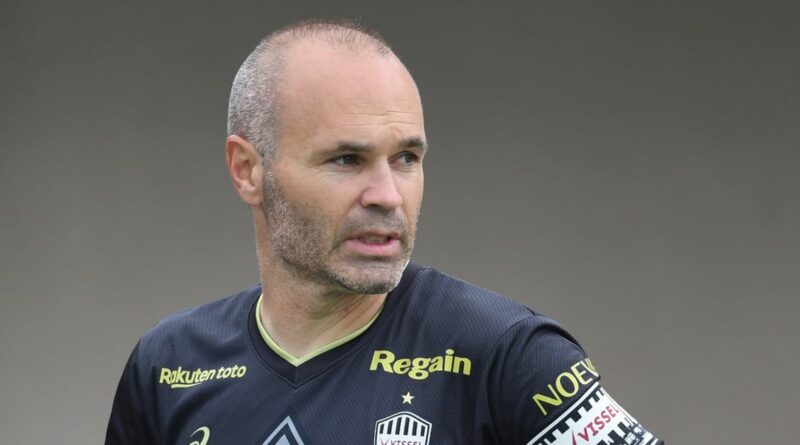 While some footballers age like a fine wine, others do the same like a carton of milk on the dashboard of a van on a hot summer's day.

When you're making all the money in the world and living a luxury lifestyle, you'd have thought that keeping yourself apple-cheeked would be simple enough. But not for these seven wizen-faced stars, who looked like they were one bad fall away from a Zimmer frame – even in their playing days!

Listen, sometimes people just look old. That's life. But no one in their early thirties should look like their kids have kids. So without further ado, here are seven football stars who looked like grandads while still actively playing.

It was only a few years ago Andres Iniesta was the baby-face of Barcelona, but his new balding silver-haired look makes him look like a 65-year-old 'Phil Foden at Euro 2020' tribute act.

Admittedly, the World Cup winner has been battling his hairline since he was in his early twenties, but even now at 38, no one expected him to look quite so ancient.

Which current footballers do you think are lying about their age? Let us know in the comments section below.

Arjen Robben had grandad hair even as a teenager, so embracing the bald look felt like a bit of a no brainer.

By his mid-twenties, the flying Dutchman could've easily passed for a turtleneck-wearing Ted Talk aficionado, or a Chateauneuf-du-Pape-sipping self-anointed wine connoisseur who insists on taste-testing the bottle at dinner parties (don't you just hate those guys?)

He retired in 2021 with two of his three kids entering their teens. Here's hoping they haven't inherited their dad's hairline.

Like Robben, Jaap Stam was dealt a bum hand by the God of hairlines and was forced to go full Voldemort shortly after joining Manchester United in 1998.

His chrome-dome became almost as iconic as his steely defending as he helped the Red Devils to a famous treble in 1999.

But no matter how many accolades Stam earned for himself, he couldn't escape the fact that he looked a bit like a malnourished zombie in football boots.

Zinedine Zidane is so effortlessly elegant he made a dreadful bald patch in the centre of his head look cool, but make no mistake – it wasn't!

The Frenchman eventually parted ways with his pitiful locks, swapping them out for a pristine bald look that he was so proud of he decided to let Marco Materazzi's chest have a good feel of it.

Zidane was always a man who seemed talented beyond his years, but perhaps that's because he's been lying about his age this whole time. With the combination of his awful barnet, squinted eyes and permanent five o'clock shadow, has he ever actually been under the age of 40 before?

Charlie Adam was always one of those players credited with having an old head on young shoulders, and that's not just a figure of speech.

The weather-beaten Scot looked like he'd spent two decades bare-knuckle boxing in a Glasgow pub prior to joining for Blackpool in 2009, and his receding hairline and forehead wrinkles didn't exactly scream 'twenty-something-year-old'. Still, it didn't prevent him joining Liverpool and taking one of the worst penalties in League Cup history.

Like others on this list, Adam eventually embraced the bald look, but it was nothing more than ineffective damage control in the end.

The best thing to do if you look like an old man at a young age is be French, apparently.

Former Lyon midfielder Jeremy Toulalan was giving off some serious grandpa vibes in the twilight of his career, sporting a silver-tinted mop with a grizzly-looking hipster beard to match.

If this was anyone else we'd be sending them bottle after bottle of Just For Men, but just as all Frenchman might, Monsieur Toulalan pulls the look off quite masterfully. C'est superb.

The bed of wrinkles on his forehead and the permanently befuddled gaze in his eyes, Thomas looks like he's been to Mordor and back two or three times!

I guess that's the toll living in Lancashire takes on a person (wink)! 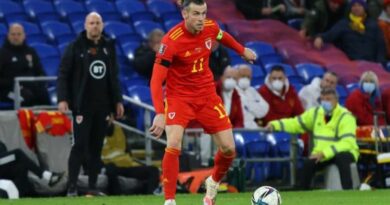 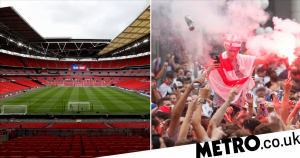