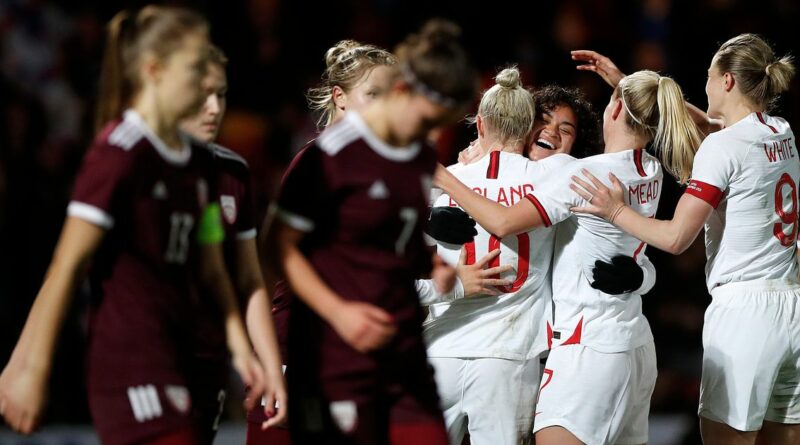 Whether it’s a magical piece of skill, a stunning volley or a fierce brawl that breaks out, the beautiful game has a way of deeply engraining itself in one’s memory.

Perhaps nothing is more memorable than a humiliating one-sided blowout, the most iconic of which have come when least expected or in unique circumstances.

Even worse is that while players may eventually come to terms with having been demolished, the history books never forget, resulting in fans generations later using you as nothing more than a yardstick to measure other terrible displays.

Daily Star Sport looks at seven of the most humiliating matches in the history of the game.

The England women’s national team produced a record-breaking performance as they obliterated Latvia by 20 goals in their World Cup qualifier.

The Reds were left in a precarious position in their 2007/08 Champions League run as they found themselves having secured only one point across their three opening group stage matches.

Just six months after they had made the final (and lost) in Athens, they were on course for elimination before a classic night at Anfield unfolded.

What transpired was an absolute demolition of Turkish side Besiktas, with Peter Crouch netting the first, Yossi Benayoun grabbing a rare hat-trick, Steven Gerrard and Ryan Babel getting in on the action and then finally a headed Crouch goal to end the evening.

The win gave Rafa Benitez’s men the momentum to push on to the semi-finals, where they were knocked out by Chelsea in extra-time.

Brazilians were dreaming of securing their first World Cup trophy since 2002 as they hosted Germany on home soil in the semi-final in 2014.

Perhaps the first bad omen was the injuries faced by their biggest star Neymar and captain Thiago Silva in the lead up, without whom Brazil looked amateurish.

Joachim Lowe’s well-oiled machine constantly pierced Brazil’s frail defence to such an extent that they were asked by the manager to take it easy in the second-half, though two more second-half goals and a late Oscar consolation went on to mark the darkest day in the Selecao’s history.

More often than not, when a prime Barcelona side under Pep Guardiola turned up to play in the Champions League, the other team were taught a serious lesson in football mastery.

No fixture captured that essence more than the Catalan side’s 7-1 demolition of Bayer Leverkusen in the last-16 of the 2011/12 campaign.

Christian Tello’s two goals made it seven before Karim Bellerabi’s consolation goal, resulting in a truly traumatic evening for a young Bernd Leno in goal.

Do you think the 8-2 Barcelona defeat was the most embarrassing of the past decade? Let us know in the comments section.

Bayern Munich have handed out their fair share of Champions League drubbings over the years, including several over Arsenal and a famous 7-0 win over Basel in 2011/12.

The most devastating, though, was the 8-2 quarter-final win over Barcelona.

Played under COVID-19 conditions behind closed doors, fans watching on TV immediately knew they were in for a belter as Thomas Muller’s opener was cancelled out by a David Alaba own-goal to make it 1-1 early on.

The match looked to be a decent contest at 4-2 in the 57th minute, before Hansi Flick’s side reached another level by netting four more and humiliated Lionel Messi’s side to signal the end of an era in Catalonia.

Very rarely is a side battered so badly that it enforces a rule change.

That’s exactly what happened when the Socceroos completely annihilated American Samoa in a FIFA World Cup qualification game, leading them to play their football under the Asian Football Confederation rather than the Oceanic one ever since.

Among the 31 scorers was Archie Thompson, who netted a world record-tying 13 goals.

Astonishingly, Australia did not actually go on to make the 2002 World Cup, having lost to Uruguay in the playoff round.

SO L’Emyrne intentionally lost a game to their bitter rivals A.S Adema by staging a protest over refereeing decisions which had gone against them previously in the four-team round robin tournament.

With the title race over, what followed was a mind-bending 149 goals scored – all of them own-goals – by SOE as the other team stood watching bemused.

It holds the record for the highest scoreline ever in professional football. 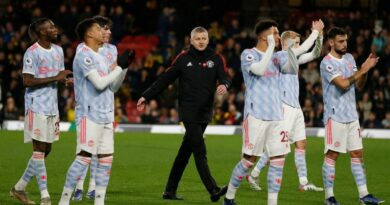