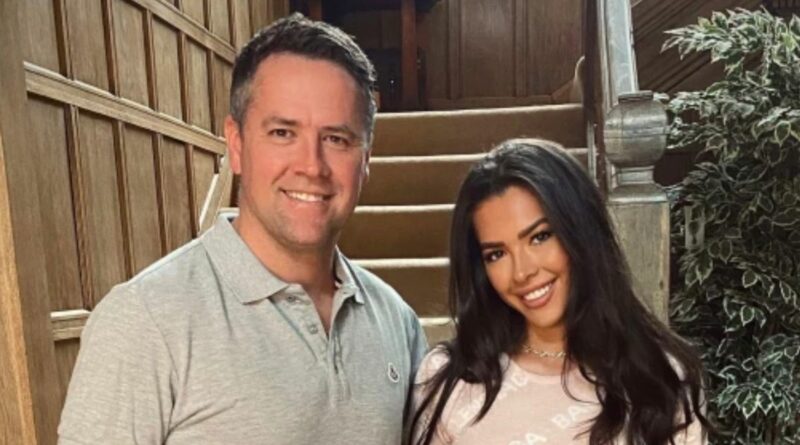 Growing up as the son or daughter of a famous footballer comes with its own unique challenges.

The private lives of elite athletes have never been under more scrutiny, with social media offering fans a sneak peek of family, friends and their routines off the pitch. Some footballers and their children choose to shun the spotlight, while others embrace the opportunities it can provide.

Gemma Owen has become the latest famous footballer's daughter to hit the headlines after the teenager became a contestant on the latest series of Love Island. The 19-year-old represented Great Britain last year as a dressage rider in the European Championships, and is now dividing viewers of the ITV reality show on a nightly basis.

Gemma is far from the first son or daughter of a footballer to find fame on their own. Here, Daily Star Sport takes a look at eight children of footballers who have gone on to enjoy spells in the spotlight.

Brooklyn and his siblings Romeo, Cruz and Harper perhaps have the unfair advantage of not only having a famous father in David, but also a pop star for a mother in Victoria. Brooklyn briefly followed in his father's footsteps before being released from Arsenal's academy at the age of 15.

However, the now 23-year-old is now forging his own path having enjoyed success as a model, and released a photography book as well as his online cooking series called Cookin’ with Brooklyn. Brooklyn boasts more than 14 million followers on Instagram, and in April married actress Nicola Peltz.

The daughter of the Arsenal and Netherlands legendary striker has managed to enjoy success as an entrepreneur. Estelle has 133,000 followers on Instagram, and is currently living in Manchester.

Estelle's relationship with football goes beyond her father however, as the 26-year-old is married to Manchester United misfit Donny van de Beek. The couple welcomed their first child in April this year.

The only son of the legendary Manchester United and Northern Ireland footballer never followed his father's lead on the football pitch. However, Calum has made his own career as a TV personality and a model.

Moving back to Great Britain at the age of 21, Calum made most of his television appearances in the mid to late-noughties. These credits include the original series of ITV’s Celebrity Love Island in 2006, Celebrity Come Dine With Me, Paris Hilton’s British Best Friend and a cameo on Footballer’s Wives .

The eldest of the Liverpool and Scotland legend's four children, Kelly has become a household name through her career as a sports broadcaster. The 46-year-old has most recently appeared as a presenter on Sky Sports' coverage of the Premier League.

Cates previously enjoyed a spell at ITV, working on the channel's coverage of the World Cup in 2010 and the Champions League in the 2011/12 season. The presenter has also appeared on BBC Radio 5 Live and ESPN.

Like Calum Best, Bianca was at the peak of her fame in the middle to late noughties. The adopted daughter of Gazza followed a career as a model with a TV career, beginning on the original Love Island in 2006.

Bianca auditioned for the 2009 edition of X-Factor, and appeared on reality shows such as Celebrity Big Brother and Celebrity Coach Trip. The 35-year-old most recently appeared on the Italian version of Dancing with the Stars.

Jade is the daughter of the former Chelsea defender and World Cup winner and his first wife Beatrice. The now 31-year-old is an actress who starred in the 2016 film Everlasting, and appeared in the 2020 French cooking show Tous en cuisine avec Cyril Lignac.

Jade is now a mother-of-one, having welcomed a son called Elon James in 2020 with her partner Stéphane Rodrigues. The social media influencer has also worked as a model, and has posed topless to celebrate World Women's Day.

Gemma is already enjoying plenty of success from her brief stint on Love Island to date, boosting her Instagram following to 321,000. The youngest contestant on the show is yet to reveal her famous lineage to her fellow islanders.

Michael has spoken about his daughter's decision to appear on the reality show, as well as the social media attention it has drawn to the family. As well as previously competing as a dressage rider, Gemma also launched her own swimwear brand earlier this year called OG Beachwear.

The youngest daughter of Newcastle United's all-time leading goalscorer is starting to build her own following on social media. The aspiring musician has already received the backing of fellow Geordies Ant and Dec, as well as Scarlett Moffatt.

The 27-year-old's Instagram bio outlines her intentions to one day move Stateside and follow her passion in Nashville, Tennessee. The country music performer has so far enjoyed hits with Leave Right Now, Thank You, Sauvignon Blanc and 1400 Days.