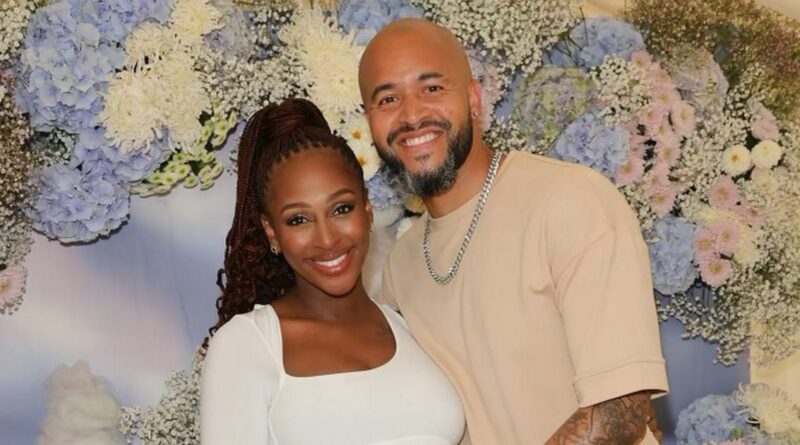 With David and Victoria Beckham very much setting a trend for this type of celebrity couple – footballers of recent generations have often been seen out and about with singers and band members.

And with Randolph announcing the birth of his child this week – Daily Star Sport has taken a look at eight couples made up of both sport and pop stars, with some being more successful than others.

Randolph, 35, has been in a relationship with 2008 X Factor winner Alexandra since 2021 – and revealed the birth of their baby earlier this week.

The West Ham and Republic of Ireland stopper began his professional career back in 2004, going on to make 512 professional appearances.

Alexandra, 33, has released three studio albums since her breakthrough and more recently starred in stage productions such at The Bodyguard Musical.

Leigh-Anne stepped into the limelight with her bandmates by becoming the first group to ever win the X-Factor back in 2011.

In May of 2021 she gave birth to twins, but they pair have kept details unwraps with their genders and names unknown.

Perrie Edwards also found fame with Little Mix back in 2011 and would begin a relationship with Liverpool midfielder Alex Oxlade-Chamberlain in 2016.

Perrie gave birth to a son in 2021 whom they named Axel, subsequently announcing their engagement in June of 2022.

Oxlade-Chamberlain made his name at Arsenal after being spotted at Southampton, moving to Anfield in 2017 and going on to win the Champions League, Premier League, UEFA Super Cup and Fifa Club World Cup.

David and Victoria Beckham remain the most famous of all couples who include a footballer having celebrated their 23rd wedding anniversary in 2022.

Which names have we forgotten? Tell us in the comments section below.

The pair met back in 1997 when she attended a Manchester United fixture at the height of her Spice Girls fame.

The couple share four children in Brooklyn, Romeo, Cruz and Harper-Seven, the eldest of whom celebrated a marriage of his own earlier this year.

Girls Aloud star Cheryl Tweedy met Chelsea defender Ashley Cole back in 2004 and they announced their engagement in Dubai the following year.

The pair were married in north London in 2006, but announced their separation four years later amid "unreasonable behaviour" from her estranged husband.

Cheryl has gone on to have a child with former One Direction singer Liam Payne, with Cole having a son and daughter with model Sharon Canu.

Gerard Pique was in a relationship with Colombian singer-songwriter Shakira between 2011 and 2022 with the couple having two children together.

The pair met when he appeared on the music video for World Cup 2010 song Waka Waka – and they even share a same birthday albeit ten years apart.

They confirmed their split in 2022 in the form of a joint statement.

N-Dubz singer Tulisa Contostavlos had an eight-month romance with former United footballer Danny Simpson between 2012 and 2013 before splitting.

Tulisa found fame through the band and appeared as an X-Factor judge in 2011 and 2012.

Simpson is best known for his time at Leicester in which he won the Premier League title before joining Huddersfield Town and more recently Bristol City.

Former Chelsea and England defender Wayne Bridge became engaged to The Saturdays singer Frankie Sandford back in 2013 and the pair now have two children.

Bridge is best known for his time at Stamford Bridge and has appeared on reality TV since calling time on his career in 2014.

Frankie, who was a member of S Club Juniors before The Saturdays, was a contestant on I'm a Celebrity…Get Me Out of Here! Back in 2021. 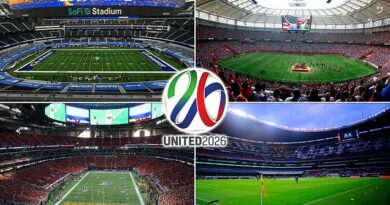 FIFA reveal host cities for 2026 World Cup in US, Canada and Mexico

Messi's 700 goals: The stats, the best five and most important five 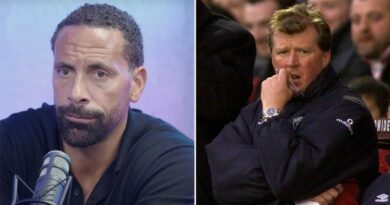