Manchester United is undoubtedly one of the biggest football clubs in the world.

Thanks to the accomplishments of Sir Alex Ferguson after taking over as manager in the 1980s, the Red Devils are indisputably the most successful club in England with 20 league titles.

Having also achieved success in the continent by winning the Champions League in 1999 and 2008, it comes as no surprise that the club has amassed tens of millions of fans across the globe.

And while the side have suffered of late after sacking three managers and being led by Ole Gunnar Solskjaer, the club’s historic success ensures it is still a favourite among many celebrities.

Daily Star Sport takes a look at nine celebrities who have pledged their allegiance to the Red Devils in one way or another.

The 47-year-old, who has been named the world's most famous adult entertainment performer, revealed in 2015 that she is a United fan.

Jameson took to social media in a desperate plea to get tickets for the club's clash with Barcelona at Levi's Stadium in California.

When questioned if she was a Red she replied to several fans saying: "Yessss. Of course! Huge fan."

When asked by Ferdinand which Manchester club he preferred, Mayweather stated he was “rocking with” the one that was historically more successful, confirming him as a glory hunter.

The American also went on to claim he once unsettled Ricky Hatton, a Manchester City fan, by wearing a United jersey to get under his skin at a press conference.

Another top athlete to back the red side of Manchester is the fastest man on the planet – Jamaican sprinter Usain Bolt.

Bolt has never been shy to express his love for United and is perhaps the most avid supporter on the list, having expressed his dream to one day play at Old Trafford.

He received an honorary shirt with the number 9:63 on the back in 2012 in reference to his record-breaking 100m final time, and more recently was spotted talking to Sir Alex Ferguson and Khabib Nurmagomedov at the Theatre of Dreams.

The famous actor and RnB singer is a devout United fan, having crossed the pond numerous times to watch games at Old Trafford.

He has also been seen donning the famous red jersey plenty of times on social media over the years.

Surprisingly, his favourite Man United player in 2007 was blonde haired striker Alan Smith, who he is reportedly friends with.

The Mexican-American met up with the squad during their pre-season tour of the United States back in 2018.

He took pictures with David de Gea, Fred and former manager Jose Mourinho among others.

Even more iconic is the shirt number he was gifted with ‘619’ on the back, referencing his famous wrestling finishing move.

Stunning actress Megan Fox may live across the Atlantic but she is reportedly a keen Man United fan.

The Transformers and New Girl star was seen wearing a jersey with former striker Javier ‘Chicharito’ Hernandez’s name on the back in 2012.

Yes. You read that correctly. The dictatorial leader of North Korea is a massive Red Devils fan.

Kim Jong-Un was reported by The Mirror in 2014 to have ordered state TV to broadcast their matches.

Corriere dello Sport later claimed in 2018 that the leader even vetoed the sale of North Korean prodigy Han Kwang-Song to Tottenham and Liverpool in an attempt to aid his beloved United.

Another boxer on the list is Manchester-born Tyson Fury.

The heavyweight champion of the world even took to social media to issue a wake-up call to the struggling side, before offering to give a motivational speech to the players in the dressing room.

Fury said: “We are absolutely getting smashed out there and I think partly it’s because it doesn’t seem to me like you’re digging in deep to try to win these games.

“I think me and Patrice [Evra] are going to have to come down to training to give you some of that [clenches fist], give you the hard word what you need.”

Rapper and MC Stormzy’s hiatus from social media may have led some to forget his Man United affiliations.

But the 28-year-old is a die-hard supporter of the club and even rapped in Paul Pogba’s announcement video when he signed in 2016.

Among his most famous lyrics is a reference to a former striker where the Croydon artist boasts: “I’m the Grime scene’s [Romelu] Lukaku.” 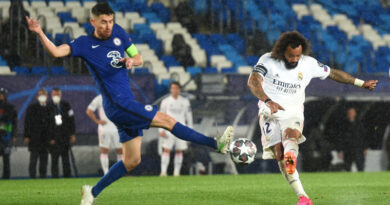 Dyche warned Burnley board about player contracts 18 months ago