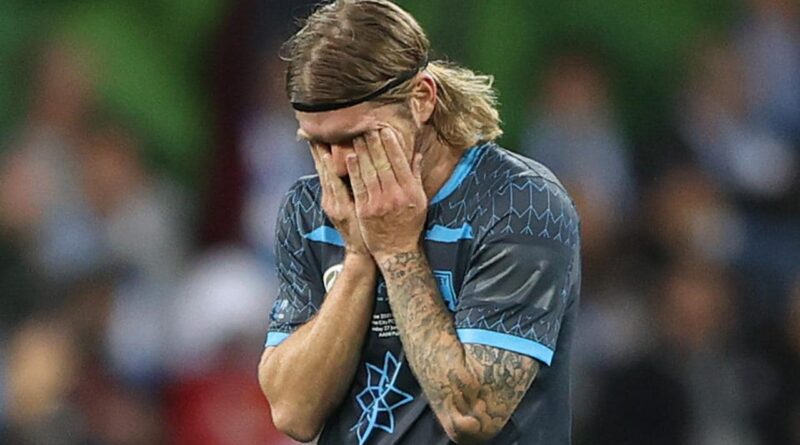 It was absolute chaos in the opening 45 minutes of the 2021 A-League Grand Final with goals, red cards, players in tears and a controversial penalty.

With the scores tied at 1-1 and with 10 minutes to play before the opening break, Sydney’s Luke Brattan left the field in tears after being shown a second yellow for a rash tackle on Tilio.

It was the tipping point for the Sky Blues who conceded a penalty minutes later after Luna was brought down in the area.

City captain Scott Jamieson kicked from the spot to double his side’s advantage against a 10-man Sydney. But the decision did not sit well with everyone.

Luna came in behind Caceras and HE INSTIGATED the contact. WHAT A JOKE REF it was 50/50 at best let it go it’s a Grand Final FFS #ALeagueGF

Slater saying it's not a penalty because it was 'accidental'. Because of course the only legitimate penalties are professional footballers deliberately fouling an opponent who are just too stupid to know it will cause a penalty 🙄 #AleagueGF

We all knew Beath would be the difference in this game. Just surprised it went against Sydney. #ALeagueGF

@TheRealBozza & @RobbieSlater17 saying that wasn’t a pen? Wtf? Robbie even said it was “accidental” .That’s not in the rules. You kick someone from behind it’s a foul. A foul in the box is a pen. What a couple of muppets . Stay clear of @paramount+ please 🙏🏼 #ALeagueGF

CB has sent off a player then ruled a harsh penalty. Absolutely punitive and has taken the guts out of it #ALeagueGF

Shocked – SHOCKED – that the Fox panel didn't think it was a pen. Luna got in front and Caceres fouled him! #ALeagueGF

Luke Brattan of Sydney FC looks dejected as he leaves the field after being shown a red cardSource:Getty Images

Both Brattan tackles were red card worthy imo – especially the first. Maybe thought (as I did) he gets away with it as ref doesn’t want to ‘ruin’ #ALeagueGF with early send off.

That was a terrible penalty call. Caceres was in front, the attacker put his foot in from behind and it was trodden on. Not even sure that the contact was inside the box. #ALeagueGFhttps://t.co/1V4YmS5PG1 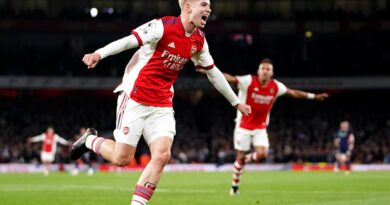 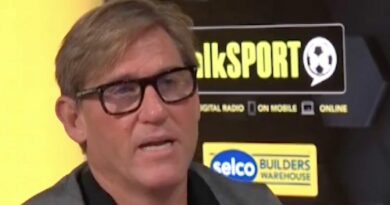