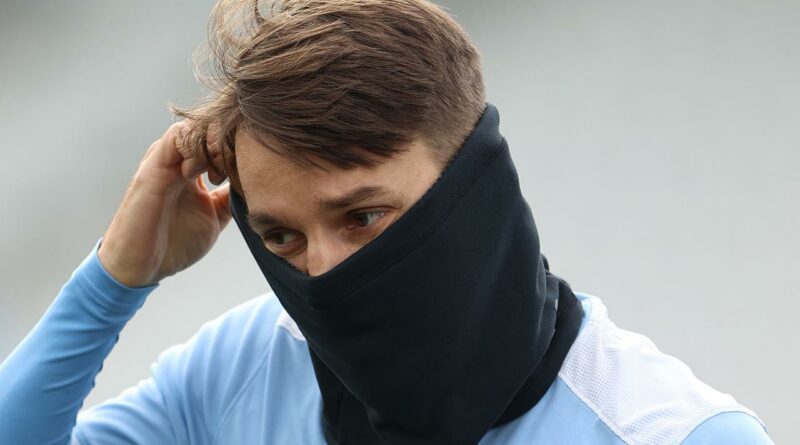 Ninkovic’s joy at earning the A-League’s highest individual honour at 36, four years after winning it for the first time, has been tempered by the possibility he may not recover from a calf injury in time for this weekend’s decider against Melbourne City at AAMI Park.

“We’re going to see how it’s going to be in the next few days, and then we’re going to make a decision,” Ninkovic said from Melbourne on Thursday.

“The grand final is a game that you need 100 per cent ready players.”

Had the match been played on Saturday as originally scheduled, Ninkovic doubted he would have been ready.

“There’s still three more days which is plenty of time before the game, so we’ll see,” he said.

“With the final being pushed back a day that might help him – I think he’ll be pretty close to being ready,” Corica said.

Ninkovic’s calf problem, which sidelined him from Sydney’s 2-1 semi-final win over Adelaide United last Saturday night, has been part of a “crazy” grand final build-up for the Sky Blues talisman.

On Tuesday night he was among a host of Sydney players forced out of their homes and into a hotel to remove them for Covid-19 hotspot areas.

Then the entire Sky Blues squad flew to Melbourne on Wednesday night to beat any potential border closures ahead of Sunday’s decider.

“It’s been crazy the last few days but the most important thing for us is that we are here … and I think now we’re going to have more time to prepare better when you have to,” said Ninkovic, who is desperate to play a role in helping the Sky Blues become the first club to win three successive A-League titles.

“It’s going to be really special. We are so close but we know it’s not going to easy because City is a good team.

“I still believe in our squad. We have good players, and I think we’re going to win on Sunday.”

Almost as “special” for Ninkovic was his second Johnny Warren Medal, an award won jointly this season with Mexican playmaker Ulises Davila.

“It’s an amazing achievement, the second time. I didn’t expect it because I’m more focused on my injury and the grand final,” he said.

“That just proves that I can still play. I am so happy. If you look after yourself, age is just a number.”

‘You don’t have to be best friends,’ Solskjaer tells his players

Mauricio Pochettino to Man Utd: Everything we know with Ole Gunnar Solskjaer job in danger