Aaron Ramsey has been ruled out of Wales’ friendly with England on Thursday.

The 29-year-old will now miss the match against England but could feature against the Republic of Ireland and Bulgaria in the Nations League later this month.

“Aaron Ramsey is currently unable to join the squad until after the England match,” the Football Association of Wales posted on their Twitter account.

Wales also confirmed striker Hal Robson-Kanu has withdrawn from the squad through injury ahead of Thursday’s trip to Wembley.

After facing England, Wales take on the Republic of Ireland in Dublin on Sunday before travelling to face Bulgaria on October 14, both games live on Sky Sports.

Ryan Giggs’ side currently top of their Nations League group, having won their opening two matches against Finland and Bulgaria.

ONE MILLION POUNDS! Can you imagine?

You read correctly. Do not miss your chance to scoop £1m for free in this week's Super 6 round. Play for free, entries by 3pm Saturday. 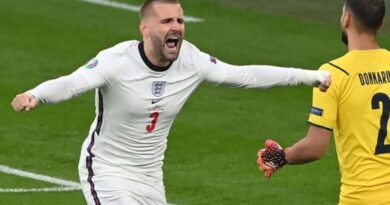