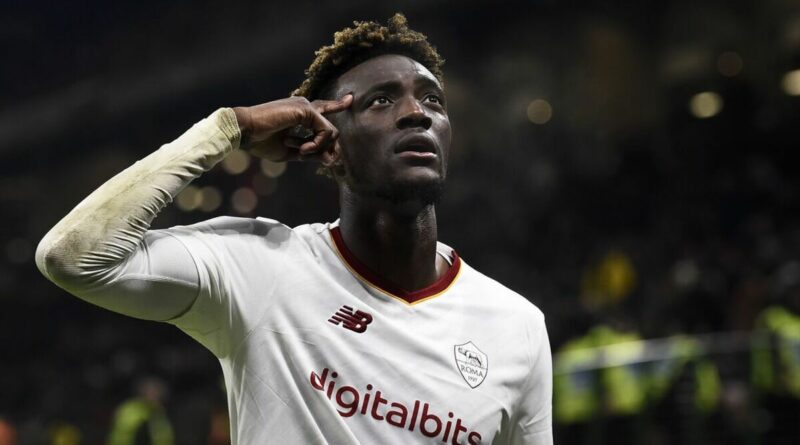 Tammy Abraham once again showed what he is capable of after he scored a late equaliser for Roma in their 2-2 draw with AC Milan. The former Chelsea star has been linked with both Manchester United and Arsenal in the past and with both clubs potentially in the market for a striker in the January transfer window, he sent a timely reminder of what he can do.

Abraham is currently in his second season with Roma after joining from Chelsea in a £34million deal in 2021. His first season in Italy was a huge success as he scored 27 goals in 53 appearances as the Giallorossi became the inaugural European Conference League champions but he has struggled at times this season, finding the just four times in all competitions.

However, he still was able to make a difference when it mattered as he netted a 93rd-minute equaliser at the San Siro against AC Milan. The Rossoneri had been cruising to a comfortable 2-0 win before Roma rallied with late two goals to seal a remarkable comeback.

Abraham’s moment was a timely reminder to the likes of United and Arsenal about what he could do. Both clubs are likely to be on the lookout for a striker in the coming weeks of the transfer window and have been previously linked with the England international. His late intervention could be just what they need to convince them to go after him again.

Speaking after the game, the Englishman stressed he was ready to take any opportunities that fell his way in order to salvage a point for his side.

“We know it’s a difficult place to come, we had to be patient as they defend well, they attack well and the chances are very small,” he told DAZN. “I don’t know what it was, but I was talking to myself in my head when we got the free kick and said I had to be ready. When I saw Matic go up for the header, the keeper saved it, the ball came to me and thank God I was in the right place.”

Abraham is unlikely to become a target for United or Arsenal in the current window unless they cannot complete deals for their top targets. The Red Devils are believed to have settled on a move for Dutch striker Wout Weghorst while Mikel Arteta appears to be chasing Joao Felix for the striker position.

Only time will tell if Abraham will ever make a return to the Premier League but the rumours are unlikely to disappear in the meantime. 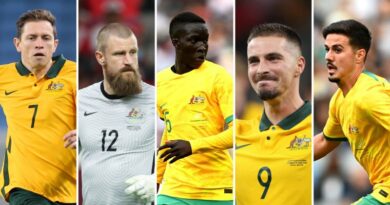 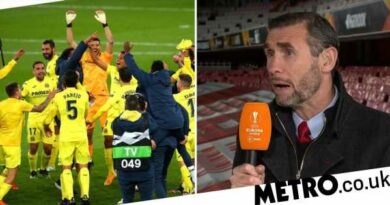 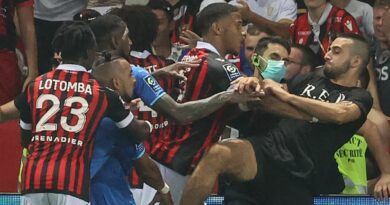