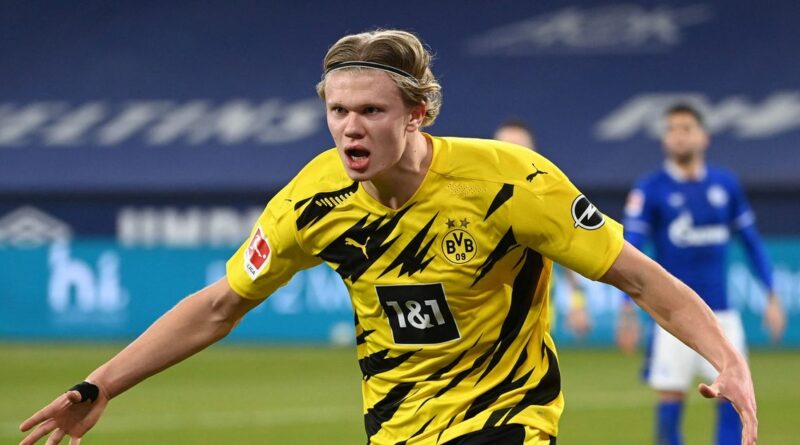 It seems Roman Abramovich is not ready to rest on his laurels as he prepares to splash more cash this summer to get Chelsea back competing at the top of the table.

The Blues' owner sanctioned over £200million worth of transfers in the off-season in a bid to close the gap on their rivals.

But after sacking Frank Lampard and instilling Thomas Tuchel as his replacement, Abramovich now sees the need to further invest in the playing squad.

According to TuttoMercatoWeb , he is now set to plunge another £260million into the club, with Borussia Dortmund star Erling Haaland top of his wishlist. Haaland has no shortage of potential suitors lining up for his signature, but with finances still tight for many clubs, Chelsea could steal a march in the race for the 20-year-old.

The striker is expected to leave Dortmund next year when the £65m release clause in his contract becomes active – with Man Utd, Juventus and Real Madrid all set for a place at the auction.

But Abramovich wants Chelsea to land Haaland 'at all costs', which could see them splurge the bulk of their transfer kitty on him this summer, rather than join a bidding war in 2022.

Dortmund are open to selling off their most-prized assets amid their current financial concerns, and could welcome collecting a higher fee for Haaland a year earlier than originally planned.

Haaland's notorious agent Mino Raiola has already outlined his client's demands: a five-year deal totalling £78m in wages – the equivalent of £300,000 per week.

Dortmund CEO Hans-Joachim Watzke stated last month that he believed Haaland would remain at the club for at least another season.

He told Kicker : "Haaland gave himself the time to mature into an absolute world-class player in Dortmund. You won't be able to do that in a year."

Where will Haaland's next move take him? Have your say below. "Because it is clear that if Erling should leave us at some point, then he will only go to an even bigger club, and so many are not considered.

"If you join a club like – just for an example – Real Madrid, you have to be world-class."

But following Haaland's latest two-goal display against Sevilla in the Champions League, taking his season tally to 27 already, he looks to have pushed closer to that status quicker than many expected, with Chelsea poised to pounce.

Chelsea are also in need of a new central defender, with Bayern Munich's Niklas Sule emerging as a possible target, while RB Leipzig's Ibrahima Konate continues to be linked.