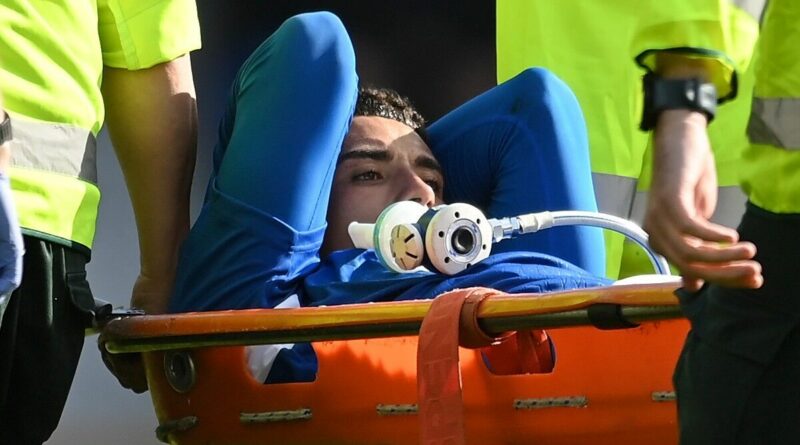 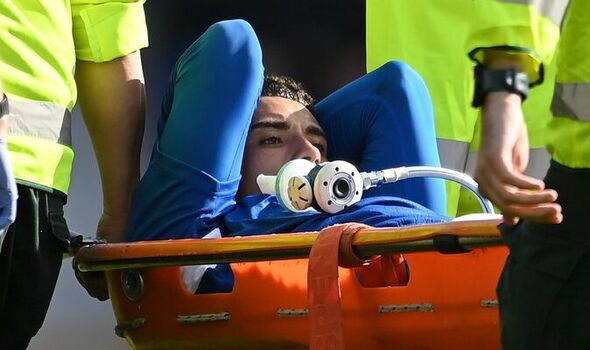 An official in the Everton’s match against Chelsea has been heavily criticised after not raising their flag when the ball went out of play, leading to the injury of Ben Godfrey. The England international was stretchered off of the pitch in the 18th minute in what looked to be a very serious ankle injury.

In the ninth minute, Godfrey misplaced his pass back to Jordan Pickford that saw the ball rolling out for a Chelsea corner. However, in a bid to prevent the ball from handing the opposition a chance to deliver a cross, his goalkeeper slid in to attempt to keep the ball in play – though failed.

But despite the whole ball fairly obviously going out of play, the linesman decided not to raise their flag and thus allowed the match to continue – with Kai Havertz picking up the loose ball and racing towards goal.

Godfrey then attempted to make amends for his error with a crunching tackle to dispossess the German international, but went over on his ankle in doing so and required serious treatment on the pitch. Though many were quick to point out that the injury was completely avoidable if the official simply raised their flag. 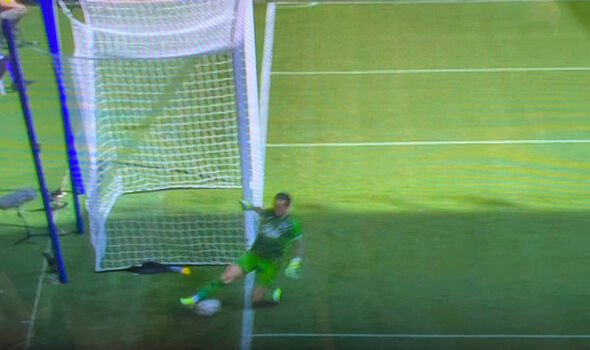 One viewer wrote on Twitter: “Linesman is 100 per cent culpable for Godfrey’s injury. Flag should’ve gone up instantly.” And another agreed, saying: “Unnecessary injury to Ben Godfrey. It all could have been avoided if the linesman done his job properly. Get well soon Ben.”

One Everton supporter echoed those thoughts, saying “If the linesman done his job properly, Godfrey would still be on the pitch.” The Toffees are already contending with plenty of injury problems and the addition of the former Norwich defender to the list of absentees won’t aid their causes in the opening weeks of the new Premier League season.

Football: Roberto Martinez to stay in charge of Belgium until next World Cup, say reports

Australia vs Italy TV channel: What channel is Women’s World Cup 2019 game on?