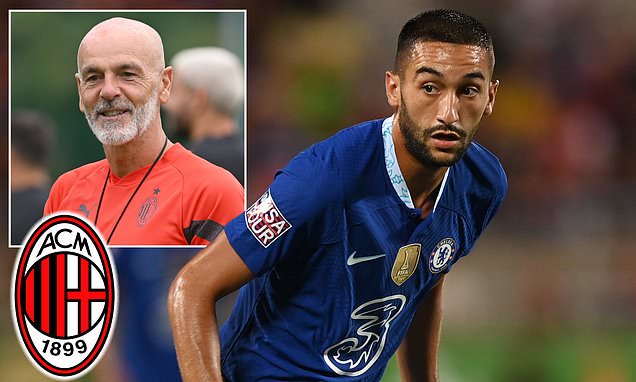 Hakim Ziyech wants to move from Chelsea to AC Milan but will have to take a pay cut if he is to join the Italian champions.

The Moroccan winger is surplus to requirements at Stamford Bridge and Chelsea are willing to let him go for as little as £8.4million.

But the 29-year-old, who is pushing for the switch to last season’s Serie ‘A’ winners, will have to reduce his salary demands if he is to get his wish. Hakim Ziyech could be swapping London for Milan this summer in an £8.4million deal

Ziyech is paid around £5million a year by the Blues, a sum Milan cannot afford.

Milan have installed Ziyech as their key target, with club officials believed to be preferring the Chelsea outcast to Club Bruges striker Charles De Ketelaere.

The Italian side’s attempts to sign the highly-rated Belgian hit another impasse this week. Milan have tabled a bid of £27million, £4million less than Leeds, and Bruges have told them a deal will not be reached until they increase their offer. 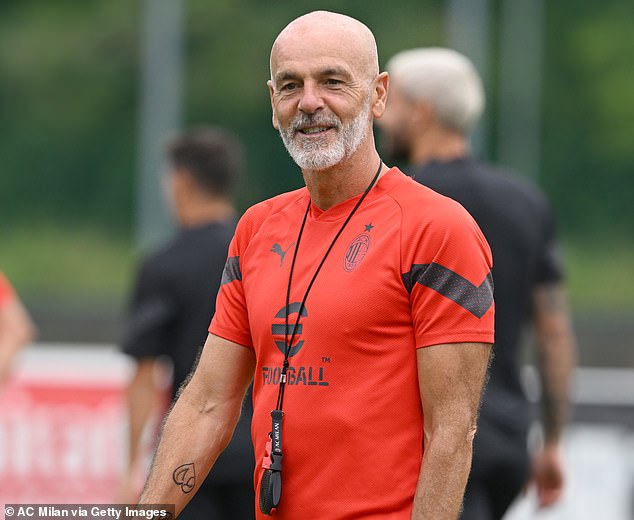 That has led Milan to focus on Ziyech, with head coach Stefano Pioli and technical director Paolo Maldini believing the forward would be better suited to the league than De Ketelaere.

Chelsea and Milan will discuss a deal for Ziyech at their next meeting.

Pioli, who guided Milan to their first Serie ‘A title in 11 years last season, is hoping the club can strike an agreement with the Blues to facilitate Ziyech’s move to Italy. 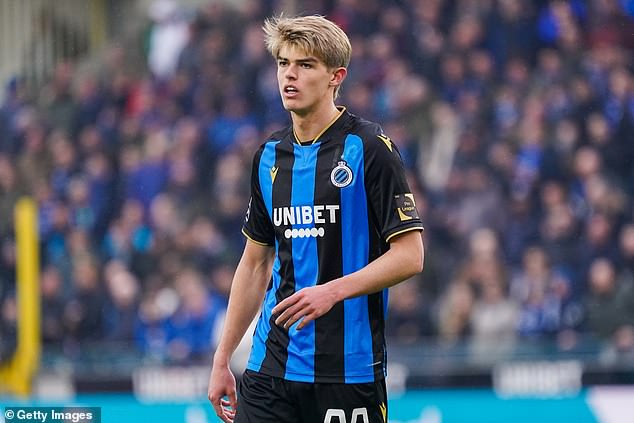 Ziyech has failed to live up to his billing since joining Chelsea from Ajax for £33million in 2020. He has made 83 appearances for the Premier League outfit, scoring 14 goals.

Thomas Tuchel feels Ziyech is not disciplined enough tactically and is happy to let him leave in the summer.

Milan also have concerns of their own but they are not enough to halt their pursuit of the player.