Adam Webster has signed a new five-year contract at Brighton until the summer of 2026.

The 26-year-old defender has become an important part of head coach Graham Potter’s plans, having originally joined Brighton from Bristol City for an initial £20m two years ago.

Webster, who can play across Potter’s preferred back three formation, has made 60 appearances in the Premier League, scoring on four occasions. “Adam has been a really important figure for us on and off the pitch, so I am delighted to see him commit to the project we have here,” Potter said.

“Adam was one of the first players to sign after I joined the club two years ago and I am delighted with his development in that time. He has captained the team on a few occasions which is a real testament to his qualities.

“We’re looking forward now to seeing him continue his fantastic form from last season into the new campaign.”

Brighton were keen to tie him down to a new contract, following the £50m departure of Ben White to Arsenal.

Potter even hinted after Saturday’s 3-1 friendly win at Luton that he would find solutions within his squad despite the departure of White.

“You can’t replace a £50m player, you have to look to be creative within the solutions in the squad. We are in a good place there.

“When the fee is the level that it is, it is just a fantastic opportunity for us to develop the club and keep growing as a team.” 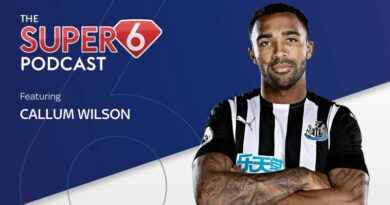 Callum Wilson on the Super 6 Podcast: Choosing Newcastle over Villa