Adama Traore has arrived for international duty with Spain, despite having also been called up by Mali for their upcoming games.

The 24-year-old was named in Mali’s squad to face Ghana and Iran in October, but has appeared at Spain’s camp ahead of a friendly against Portugal on Wednesday.

Along with a photo of him in training for Spain, Traore posted on Instagram: “Glad to have the opportunity to return with @Sefutbol.”

As well as their friendly against Portugal, Enrique’s side have Uefa Nations League clashes with Switzerland and Ukraine on October 10 and 13, both live on Sky Sports.

Traore, who was born in Spain to Malian parents, has been involved in the national team’s squads since U16 level.

Speaking in January this year, Traore admitted he was still weighing up a decision over his international future but was “grateful” to have the choice of playing for two different countries.

It is the third time the former Barcelona player has been called up for Spain. An injury prevented him making his first cap last November.

The winger was forced to withdraw from Spain’s squad for their Nations League double-header against Germany and Ukraine last month because of a positive coronavirus test.

He had initially travelled back to Spain for international duty but was unable to join up with his team-mates due to returning a positive swab.

“It’s the player who has to decide. What I know is that I have spoken with him and he wants to play for Spain.”

Real Madrid full-back Dani Carvajal will be absent from Spain’s upcoming games due to a knee injury sustained in training, while Levante midfielder Jose Campana was called up for the first time.

Barcelona defender Jordi Alba was not selected for Spain, with the club saying on Monday that he has sustained a hamstring injury.

Meanwhile, Sky Sports News reported on Monday that Wolves are confident Traore will sign a new contract at Molineux, with the club eager to secure his long-term future.

The Spanish winger’s current deal does not run out until 2023, but talks will likely take place over the next few weeks. 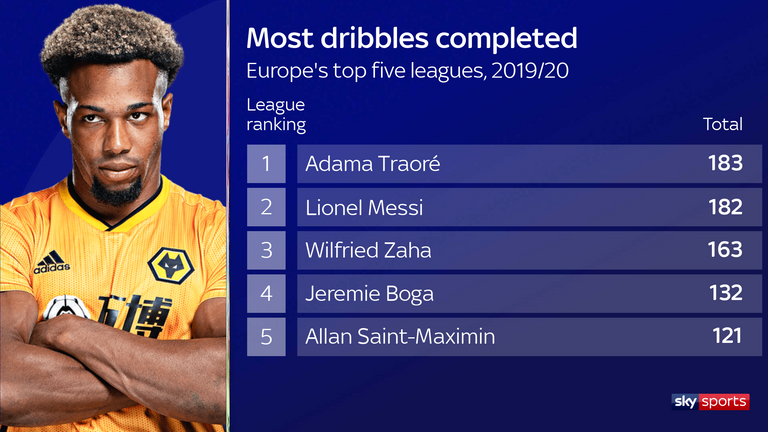 Wolves’ top scorer in the last two seasons, Raul Jimenez, and club captain, Conor Coady, have both recently extended their deals at the club.

Traore has made four Premier League appearances so far this term, after excelling under Nuno Espirito Santo last season, with four goals and nine assists in 37 top-flight games.

Wolves have made a mixed start to the Premier League campaign, losing two and winning two of their games so far to sit 13th in the table.

Watch Spain vs Switzerland in the Uefa Nations League live on Sky Sports Football from 7:45pm on Saturday.

Aaron Jones (calf) officially out for Packers vs. Texans

Michael Schumacher was expecting the rise of Lewis Hamilton before he retired
We and our partners use cookies on this site to improve our service, perform analytics, personalize advertising, measure advertising performance, and remember website preferences.Ok