Coach Carl Veart says Adelaide United must stop allowing opposition teams back into games as the side looks to its imminent A-League finals berth.

Veart will on Saturday night plot a definitive plan to propel the Reds towards a grand final berth for the first time in five years.

“It’s been a long season and our goal was to make the finals so we have achieved that but we’ve still got a long way to go,’’ Veart said on Thursday night.

“The performance showed that (against Wanderers) we started well and had a bad patch in the middle and then finished strongly.

“But if we’re going to go a long way in the finals we can’t allow opposition teams back in games, it’s been an Achilles heel of ours all season.

“We’ve been on top in games and haven’t closed them out.”

Adelaide secured its first finals berth under the watch of the Reds legend after a 2-2 draw at home with the 10 men of Western Sydney on Thursday.

However, Veart was also resigned to his side to playing its finals game away from home, if results don’t go its way this weekend.

“It would be fantastic for our supporters and sponsors if we were to get a home final but you know, going back to my playing days at Adelaide City we were always good in finals away from home,’’ Veart said.

“We have to go and win and it doesn’t matter if it’s home or away if you want to win the championship.

“We’ll recover from this game and watch the games over the weekend to see who we’re going to play.”

Veart must wait until the Central Coast and Western United clash is over before learning which club his side would face in the first of the cutthroat series, revealing he was also content with a point against Wanderers.

The Reds closed out the final minutes defending stoutly without risking the point they needed to secure a top-six berth.

Adelaide is now just two wins away from an A-League grand final appearance.

The Reds could be in an ideal position to seal the championship from depleted sides, premier, Melbourne City and second-placed Sydney FC. 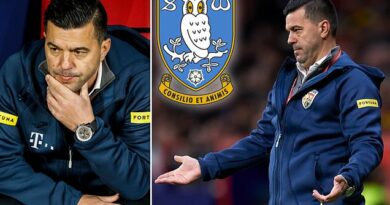