Chelsea missed the chance to leapfrog Tottenham at the Premier League’s summit in what proved a frustrating 0-0 draw with their London rivals on Sunday evening.

Following Liverpool’s 1-1 draw at Brighton on Saturday, Frank Lampard knew that a win over former boss Jose Mourinho would send his side top of the table.

Though in the end the Blues were left to rue a number of missed half-chances at Stamford Bridge, with Mourinho parking his famous defensive bus and hanging on for a precious point in SW6.

Spurs also squandered a few opportunities to claim all three, most notably when Kurt Zouma’s misplaced pass allowed Lucas Moura to pick out Giovani Lo Celso on the edge of the box.

Sergio Reguilon galloped into a gaping hole in Chelsea’s defence over Lo Celso’s left shoulder and screamed for the ball, but the Argentine midfielder failed to play him through and instead saw an unsuccessful chip into the box roll out for a goal kick.

While Mourinho insists his side weren’t satisfied with the point, it was Chelsea who will feel most aggrieved at not winning the game having dominated possession and created a handful of openings which attacking trio Tammy Abraham, Timo Werner and Hakim Ziyech failed to put away.

Lampard’s men are the Premier League’s joint-highest scorers this season along with champions Liverpool, registering 22 goals in their first 10 outings, though despite this newfound firepower they have struggled when faced with world-class opposition.

The alarming statistic for Lampard to mull over is that his side have drawn blank in four of those five fixtures, with their only goal coming through Werner in a 1-1 draw against Spurs in the Carabao Cup – a tie they eventually lost on penalties.

Across those five outings Chelsea have managed just 14 shots on target, working out as a measly 2.8 per game.

That will undoubtedly worry Lampard, although there is a flip side to this caveat.

The glaring point to make, of course, is that Chelsea's greatest improvement has come at the other end of the pitch, where they registered three clean sheets in those five games and shipped as many goals.

Andreas Christensen’s red card meant they were reduced to 10 men before conceding twice in the 2-0 defeat against Liverpool, while they were seven minutes away from victory against Spurs in the Carabao Cup.

Their stalemate against Sevilla was also a solid result for both teams given their clear dominance in Champions League Group E.

The same scoreline at Old Trafford was a match Lampard could not afford to lose, justifying Chelsea’s cageyness and 3-4-3 setup on the night.

Yet, the same cannot be said for yesterday’s bore-draw with Spurs, which felt more like a missed opportunity than a satisfying point given the control they had on proceedings.

With a clear game plan to whip balls into Spurs’ box, and inviting ones at that thanks to expert crossers Ziyech and Reece James, it's hard to fathom exactly why Lampard took so long in replacing Tammy Abraham with Olivier Giroud – the biggest aerial weapon at his disposal.

In his 10-minute appearance off the bench, Giroud got himself into the kind of position Abraham had been longing for in the previous 80, only for his tame effort to fly straight into the hands of Hugo Lloris.

Had Lampard brought him into the game sooner, the Frenchman could very well have made the crucial difference and ended Chelsea’s barren offensive run against top opposition. 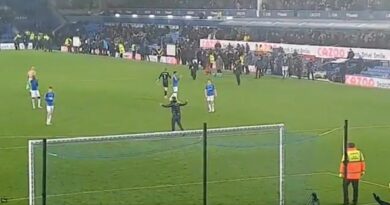 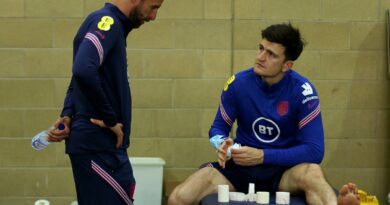