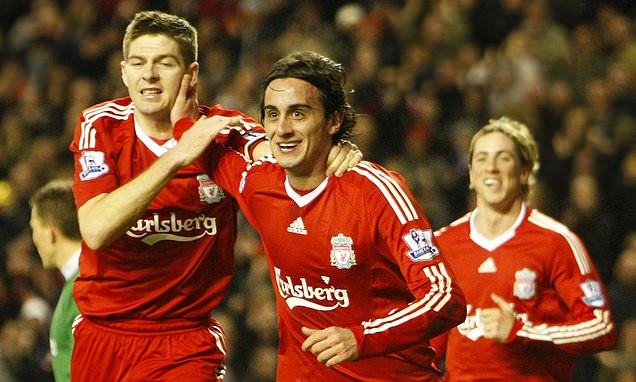 Alberto Aquilani has opened up on his ‘frustrating’ spell at Liverpool and why his decision to leave on loan was a mistake.

Aquilani, 37, arrived at Anfield from Roma for £20million in the summer of 2009 but the Italian left three years later as one of the Reds’ biggest flops of the modern era.

The midfielder made just 28 appearances during the two seasons he spent with the Reds’ first team and after Roy Hodgson shunned him he sought out loan spells at Juventus and AC Milan. 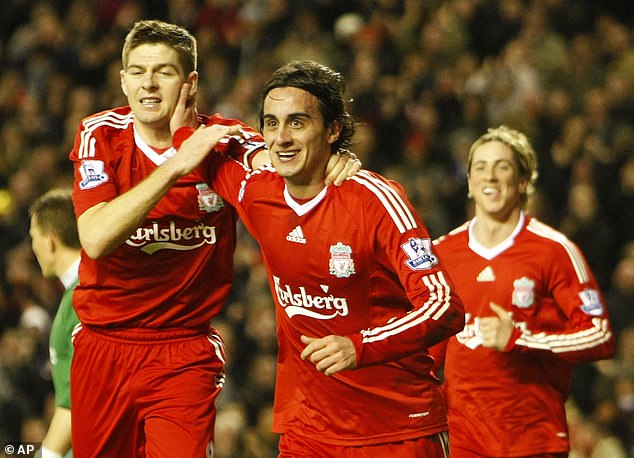 Current Everton boss Rafa Benitez signed Aquilani in August 2009 and the Spaniard reassured the midfielder he would feature in his plans as he had signed him ‘not for five months or five days, (but) for five years’.

Aquilani occasionally impressed in his first season at Anfield and even scored in the Reds’ Europa League semi-final against Atletico Madrid.

But Benitez left the club at the end of Aquilani’s first season on Merseyside and his successor Hodgson made it clear the Italian had fallen down the pecking order.

Hodgson reportedly told Aquilani that he preferred Joe Cole in his position and selected him for just two games in the early stages of the 2010-11 season before shipping him out on loan to Juve. 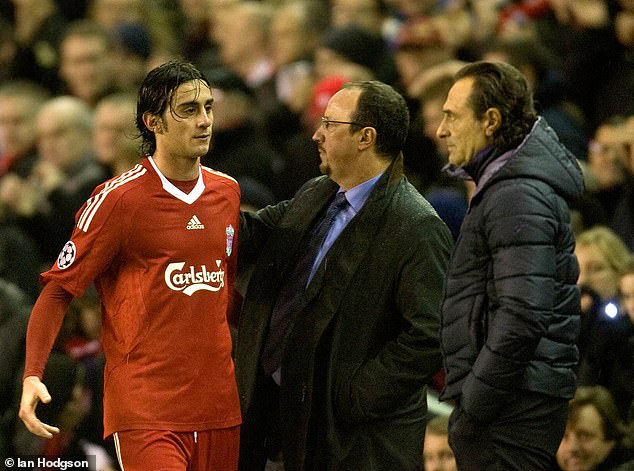 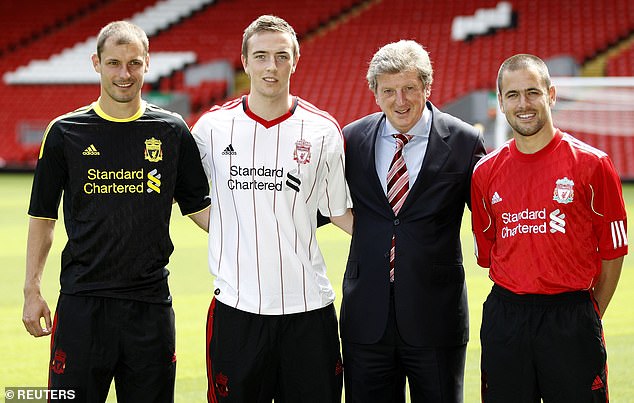 Aquilani has now revealed he is frustrated that Liverpool fans will always remember him as a flop.

‘I was on a big contract at Liverpool,’ he told the Liverpool Echo. ‘Maybe I could have stayed and not played next year. No problem. But I’d never do that there. I tried to find a solution that was good for me and for the club. Always.

‘Some players have a big contract and they stay and just run around the training pitch but for me that was no good. (Then director of football Damien) Comolli and the people who were working there can tell you that.

‘Milan then came in and don’t pay too much. No problem, I go because I want to play. It’s frustrating because now they remember me as a bad player. 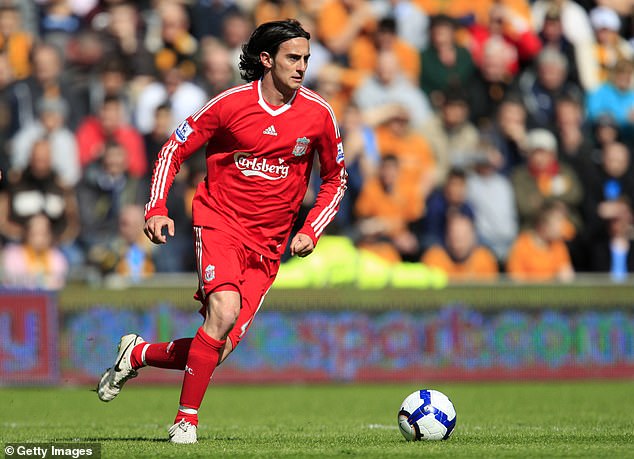 ‘They spent a lot of money but I didn’t do too much. It’s frustrating but it’s the reality and I can do nothing about it.’

Aquilani’s two outings under Hodgson were his last in a Liverpool shirt as he followed up his loan spell at Juve with another at AC Milan, before making a permanent move to Fiorentina in 2012.

Despite becoming a regular for the Old Lady, making 34 appearances away from Anfield in the 2010-11 season, Aquilani has revealed the loan move to Turin was a mistake.

He explained the motivation behind the move, saying: ‘First game against Arsenal, bench. Another game, maybe a Europa League game, bench. Okay, I have to go because I want to play. I want to play and work hard. I want to play because the most important thing for me is not money, it’s playing.

‘Late in the market I left. Maybe it was a mistake.’