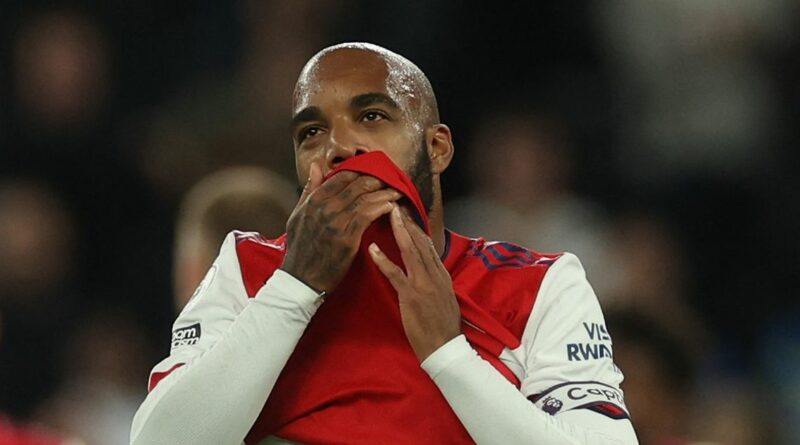 Arsenal contract rebel Alexandre Lacazette has reportedly taken a massive pay-cut to pen a three-year deal with Lyon – five years after he left the French giants to join the Gunners in a £46.5million deal.

The 31-year-old is due to be a free agent at the end of this month after running down his deal at the Emirates Stadium. The Frenchman – who netted just six goals this term – has become a fringe player over the past few months under Mikel Arteta, who put his trust in Gunners academy graduate Eddie Nketiah in the final few weeks of the season.

But Lacazette has now seemingly sealed his next move after bidding farewell to north London – but he will only pocket half of the £182,000-a-week salary that he was earning at Arsenal, according to a new report from L'Equipe.

Meanwhile the Mirror have claimed that the French star will sign a three-year deal with his former club. Lacazette spent seven seasons at his hometown club before he was lured to the Premier League, netting 129 goals.

Although Lacazette's new modest salary is reportedly €5m (£4.2m), the former Arsenal hitman is expected to be compensated with a generous signing-on fee.

Lacazette hinted as recently as last month that a return to Lyon could be on the cards, when he admitted that he was in talks with "a lot of clubs". He previously told Canal Plus: “I am in discussions with a lot of clubs. I am open.”

Do you think Arsenal have made a mistake letting Lacazette go? Let us know in the comments section

And the former Lyon man opened up on his close ties with his hometown club in a further hint that an emotional return was on the cards.

He added: “I have never cut contact with Lyon since I left. I try to return to the club once or twice a year to see the medical staff because we are really close. Lyon knows that I am free, they have my information.

“It’s a bit more complicated [if they fail to qualify for Europe]. I want to play in Europe, it’s been a long time since I played in the Champions League, I’m missing it."

Sheffield United vs Manchester United prediction: How will Premier League fixture play out?