Alexis Sanchez almost suffered an immediate injury just seconds into his Marseille career – without being anywhere near a football pitch.

The Chile international has found a new club after his Inter Milan contract was ripped up this week. The Serie A outfit are desperate to save some pennies while Sanchez had been contracted until 2023 at the San Siro.

All parties agreed to cancel his deal a year early, though it has led to Sanchez being handed around £4.3million in severance pay. It comes after a torrid season for the former Manchester United and Arsenal ace in Serie A.

While the 33-year-old made 27 appearances in the Italian division last season, he managed just five goals and two assists and Simone Inzaghi had been keen to move the striker on. And Sanchez's luck nearly ran out on him again just moments after dropping down at Marseille to sign a deal with them.

Donning the French club's kit, the mercurial forward dashed out onto the street where hordes of Marseille fans were waiting to greet him. As the crowd cheered him on, Sanchez – while jogging – was on the brink of crashing into the barrier where he nearly twisted an ankle or could have been mobbed by supporters.

Is Marseille the right destination for Sanchez? Comment below

An alert security guard managed to catch him, though Sanchez had saved himself at this point while the video has gone viral on social media. One post read from @GFFN read: "Alexis Sanchez with nearly the fastest injury sustained at a new club in the history of football."

Sanchez will be hoping for another chance to boost his career after a few years in the wilderness following his shocking stint at Old Trafford. On a reported wage of up to £500,000-a-week, the Chilean flopped – managing just three Premier League goals before the decision was taken to force him out the club.

Once upon a time, this tricky winger was one of the most dangerous players in the country but his decline has been startling. However, Sanchez is still just 33 and has plenty of time to turn his career around and Marseille could be the ideal place for him. 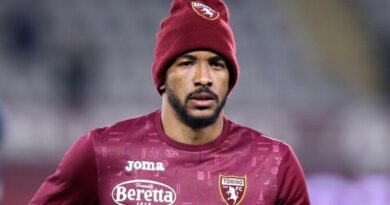 Is Crystal Palace vs Newcastle on TV? Kick-off time, channel and how to watch Premier League fixture