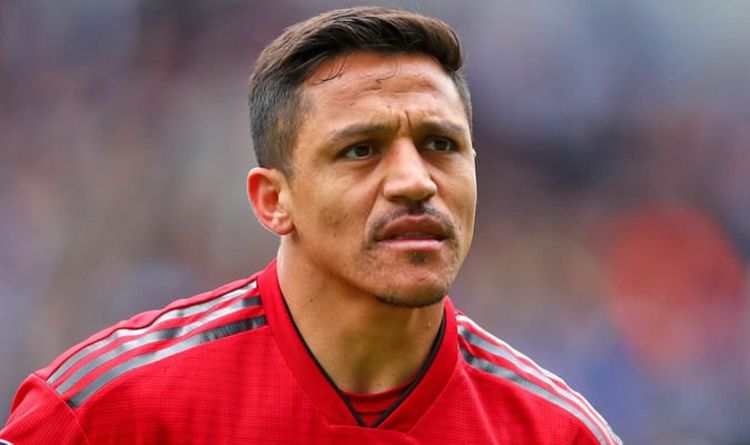 Manchester United have given Cristiano Ronaldo the No 7 shirt following his return to Old Trafford. And they’ll definitely be hoping he avoids going the same way as Alexis Sanchez. Big things were expected of the Chile international when he moved from Arsenal in January 2018, only for him to end up being one of the club’s biggest-ever flops.

They knew their hopes of Premier League title were already all but over, with Manchester City running away with the trophy.

So, in order to lift morale amongst supporters and give Jose Mourinho a boost, they then signed Sanchez from Arsenal in a swap deal that saw Henrikh Mkhitaryan head in the opposite direction.

On the surface of things, it seemed a good arrangement.

Sanchez had been a consistent performer at Arsenal, one of their only bright spots from the past two decades of turmoil.

But, at United, he struggled. And after scoring just five goals in 18 months, Ole Gunnar Solskjaer then decided to jettison him.

To make matters worse, Sanchez was paid £400,000-a-week – roughly the same salary Ronaldo will pocket during his second stint with the team.

And they’ll be hoping the Portugal international avoids suffering the same decline Sanchez did.

The Chilean also later revealed that he’d wanted to leave United after just one training session, in a post he then deleted from Instagram.

“I want to tell you about my period at United, about many things that were said and that made me look bad,” he said.

“I got the opportunity to go to United and it seemed tempting to me. It was something nice for me, because when I was a kid I liked that club a lot.

“I ended up signing without much information about what was happening in the move. The first days that I was with my colleagues, sometimes there are things that you do not realise until you arrive.

“The first training I had I realised many things. home and I told my representative: ‘Can’t the contract be terminated to return to Arsenal?’

“They start laughing and I told them that something did not sit right with me. It had already been signed.”

Ronaldo will wear Sanchez’s No 7 shirt at the club.

And if he scores more than five goals, he’d have established himself as a better signing than the current Inter Milan star.

Ronaldo believes his decision to return to United will pay off, recently insisting he’s ready to make the difference.

“Well, as you know, I have a fantastic history with this amazing club,” he said.

“I was there at 18 years old and of course I’m so happy to be back home after 12 years.

“So I’m really glad and looking forward to start my first game.

“I think it’s the best decision that I have made it. It’s right on point in my opinion.

“I moved from Juve now to Manchester, it’s a new chapter, I’m so happy and glad, and I want to carry on again, to make history, to try to help Manchester achieve great results, to win trophies and number one of them, to win great things.”

Ronaldo also revealed Sir Alex Ferguson was a key factor in his decision to give United another go.

“As everybody knows, since I signed for Manchester [United] at 18, Sir Alex Ferguson was the key,” he said.

“I remember when we played against Manchester when I was at Sporting Lisbon. For me, Sir Alex Ferguson is like a father in football for me.

“He helped me a lot, he taught me many things, and in my opinion of course he had a big role because the relationship that we had, we keep in touch all the time, and he’s an unbelievable person.

“I really like him a lot and he was the main key for me to be in the position that I am, that I signed for Manchester United.”