Kevin De Bruyne lamented Manchester City’s failure to learn form their mistakes in the Champions League after crashing out in the quarter-finals for the third straight season after a shock 3-1 defeat to Lyon in Lisbon.

A familiar cocktail of defensive errors, missed chances and VAR controversy did for Pep Guardiola’s side with the Catalan coach also underfire for another surprise team selection in the knockout stages of the Champions League.

The Belgian levelled only after Guardiola had resorted to his usual 4-3-3 formation and City looked more like their old selves in the second half after Maxwel Cornet put Lyon in front at the break.

However, Moussa Dembele’s strike to restore the French side’s lead was allowed to stand despite a VAR check for a trip on Aymeric Laporte before Raheem Sterling incredibly fired over with the goal gaping to bring City back on level terms.

An error from goalkeeper Ederson then allowed Dembele to tap home and seal Lyon a semi-final meeting with Guardiola’s old club Bayern Munich.

“I’ve no idea, I’ve not seen it back so whatever they decide, they decide. I’m not going to blame that, I think we should have done better,” added De Bruyne on Lyon’s second goal.

“The first half wasn’t good enough, we know that we started slow. The second half we played really well, we came back for the 1-1 and had a couple of chances then the 2-1, 3-1 ends the game. It’s a shame for us to go out that way.”

And so, a year after Liverpool beat Tottenham Hotspur in an all-English final, there will be no English representative in the semi-finals in the Portuguese capital.

Instead both ties will be Franco-German duels, with Paris Saint-Germain facing RB Leipzig before Bayern meet Lyon in a repeat of the 2010 semi-finals.

Lyon vs Bayern — 5am 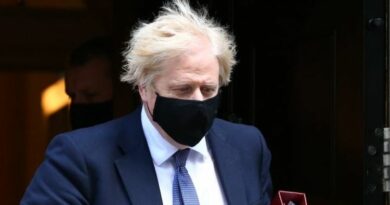