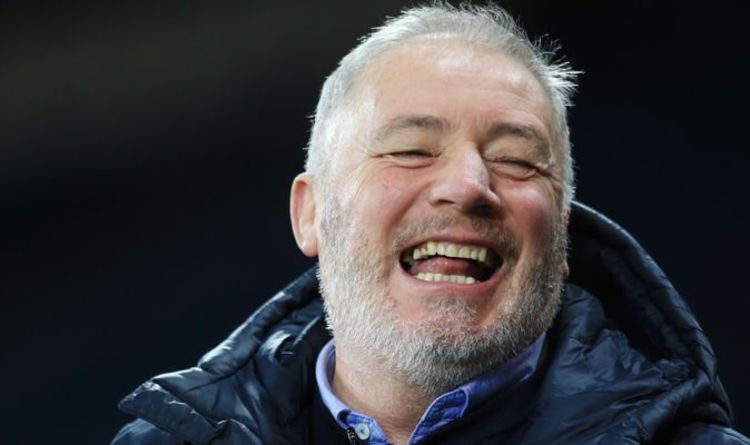 Ally McCoist has been called a ‘national hero’ after his passionate commentary display during Scotland’s victory over Denmark on Monday night. Scotland won the match 2-0 and secured a home play-off semi-final as they look to qualify for next year’s World Cup.

Hearts defender John Souttar gave his side the lead at Hampden Park as he headed home from a corner 10 minutes before the break.

And the win was sealed five minutes before the end of the match as Southampton striker Che Adams ran onto Stuart Armstrong’s through ball and smashed the ball beyond Kasper Schmeichel.

Scotland’s recent qualification campaigns for major tournaments have been littered with disappointments, but the country now have a side which look capable of performing on the biggest stage of all.

“Ian, it’s brilliant,” roared McCoist on Sky Sports as the first goal hit the back of the net.

“And it’s no more than we deserve, I’ve got to say. We’ve asked questions of them at every corner. I’m absolutely delighted for John Souttar – after what he’s been through. Great goal.

“We’ve put the pressure on them, we’ve kept asking them questions, particularly at set-plays. And that’s an excellent set-play and a well-worked goal.”

McCoist was in jubilant mood throughout the encounter as his voice grew more and more gravelly.

And the former striker celebrated once again as Scotland put the game out of Denmark’s reach with their second.

“What a goal, what a goal,” the former striker yelled. “He gets his body across – brilliant. And the finish is fantastic. What a goal from Scotland.”

Following his fervid performance on the microphone, McCoist was extolled on Twitter.

“Ally McCoist is a national hero,” wrote one fan. “Listen to the passion.”

And other viewers echoed the sentiments.

The result means Scotland will now be seeded for the play-offs, which ensures they can play their semi-final at Hampden Park.

The play-offs will consist of 12 countries, with only three of those progressing to the World Cup.

As a result, Scotland will have to win a semi-final and final if they are to book their place in Qatar.

If the Tartan Army do secure qualification for the showpiece event, it would be the first time they appeared in a World Cup since they were at the 1998 edition in France. 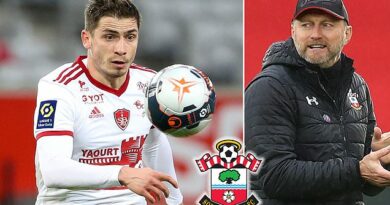 Southampton step up their pursuit of Brest left back Romain Perraud