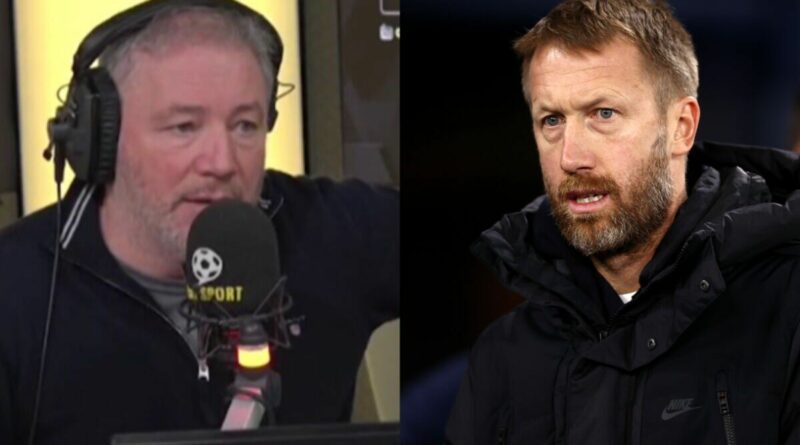 Ally McCoist has questioned whether Chelsea signing Atletico Madrid star Joao Felix will truly solve their problems this season, with Graham Potter desperately searching for reinforcements. The Portugal international has ‘verbally agreed’ to join the Blues until the end of the season after he was told he was free to leave Atletico this month.

Chelsea have won just one of their last eight games in all competitions, being knocked out of both the FA Cup and EFL Cup by Manchester City recently. Potter’s side are currently 10th in the Premier League and slipping further away from the top four with every passing week – leading to the former Brighton boss to lose the faith of supporters.

Blues supporters were heard singing the name of Potter’s predecessor Thomas Tuchel on Sunday, despite Todd Boehly and co having full faith in the 47-year-old. Chelsea’s new boss will need a decisive transfer window if he is to regain some supporters, and he is set to welcome his fourth signing of the month already – Felix.

The 23-year-old will join Chelsea on loan until the end of the season in hope of providing a cutting edge in the final third. Though McCoist has questioned his arrival, telling talkSPORT: “That’s an interesting one. I can’t believe they’re paying £9million for a loan now, £9million for a loan, that is what’s happening. Absolute madness.

“I watched him closely in the world cup and I thought he did some brilliant things, I thought he had one or two good games, but he’s one of those players, for me, that leaves you wanting a little bit more.”

Felix has scored four and assisted three in 14 league appearances for Atletico so far this season, with his performance against Barcelona on Sunday night leaving plenty to be desired. The former Benfica star has seen his progress plateau at the Wanda Metropolitano Stadium over the past few seasons despite his immense potential, falling out of favour under manager Diego Simeone.

It remains to be seen how Felix performs in the Premier League and if he is capable of recapturing his best form in England or becomes another underwhelming arrival under Boehly. The American owner is willing to back Potter over the coming transfer windows, though he will want to see improvement on the pitch to justify it.