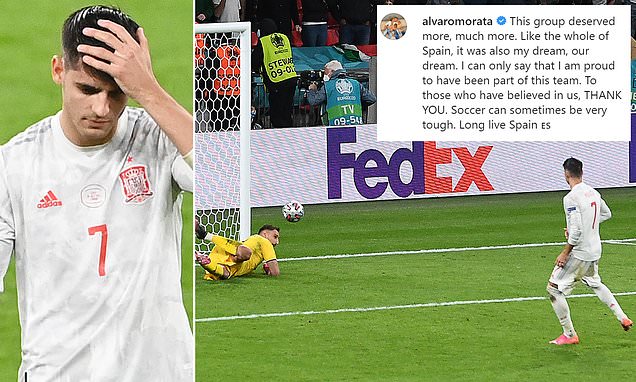 Alvaro Morata insists Spain ‘deserve much more’ than their Euro 2020 semi-final loss to Italy, which came after his penalty shootout miss… while legends Gerard Pique and Sergio Ramos claim Wembley defeat was ‘cruel’ and ‘unfair’

Alvaro Morata claimed Spain deserved much more than their Euro 2020 semi-final defeat to Italy on Tuesday after the striker missed the crucial penalty in the shootout loss.

Luis Enrique’s side crashed out at the last four in painful fashion via a 4-2 penalty shootout loss to the Azzurri, following a 1-1 draw at Wembley – with Morata missing his crucial sudden death penalty allowing Jorginho to net the winning spot kick from 12 yards.

The 28-year-old striker came off the substitutes’ bench to score a late equaliser and force extra-time, but his shootout effort was saved by Gianluigi Donnarumma which proved to be fatal for Spain. 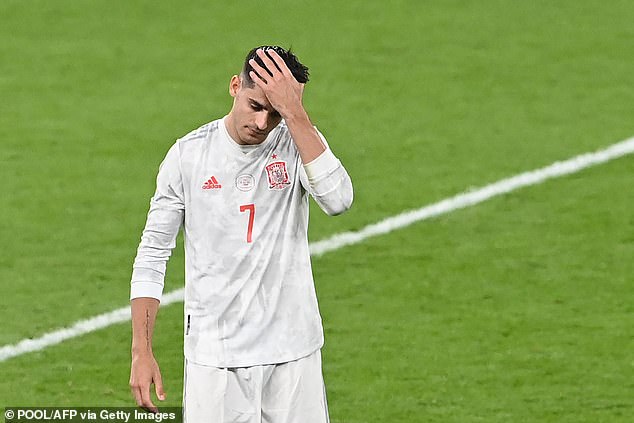 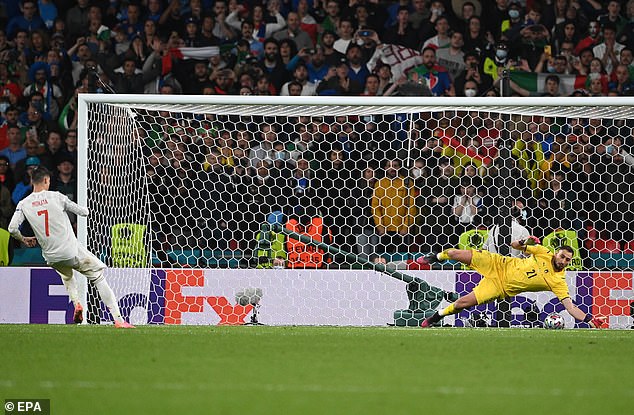 Morata, who opened up about him and his family receiving threats earlier in the tournament, did not refer to his penalty miss on social media after the match and only revealed his pride of being part of Luis Enrique’s side.

The striker posted on Instagram: ‘This group deserved more, much more. Like the whole of Spain, it was also my dream, our dream.

‘I am proud to have been part of this team. To those who have believed in us, THANK YOU. Football can be very hard.’

All of Spain’s newspapers on Wednesday morning maintained that Spain did not deserve to lose the final after dominating possession at Wembley. 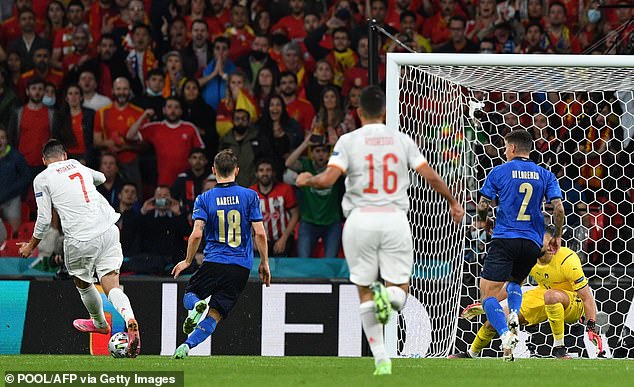 A cagey first-half ended in a goalless stalemate, before Federico Chiesa scored another stunning goal at Wembley to put the Italians in front just after half-time.

But substitute Morata, who was dropped for quarter-final penalty shootout hero Mikel Oyarzabal up front, came off the bench to devastating effect and tucked home an equaliser after a swift one-two with Dani Olmo.

Extra-time proved to be fruitless in terms of goalmouth action meaning a penalty shootout was needed to decide the teams. Spain goalkeeper Unai Simon saved from Manuel Locatelli to give Spain hope but Olmo blasted over his effort straight afterwards. 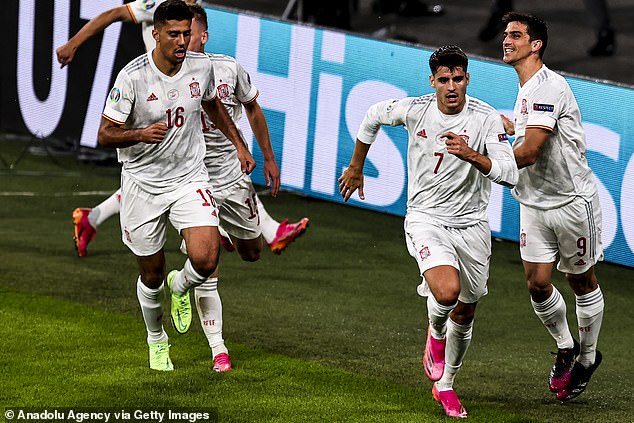 As the shootout went into sudden death, Morata could not get past Donnarumma and the Spanish striker’s former Chelsea team-mate Jorginho did his classic penalty hop, skip and jump to slot home.

Former national team captain Sergio Ramos, who was not selected by Enrique for the tournament, also described the result as ‘unfair’ but hailed the work of the Spanish team at Euro 2020 this summer.

Ramos tweeted: ‘Sad and unfair. It was not to be, but you have made a whole country shake with excitement. Proud of our team’.

Gerard Pique, who played alongside Ramos in defence during their 2010 World Cup victory and European Championships triumphs in 2008 and 2012, claimed Spain were the best team left in the tournament at the point where they went out.

The Barcelona defender posted: ‘Huge tournament by (the Spanish team)! I feel very proud. Reaching the semifinals of @Euro2020 deserves a lot of merit.

‘I don’t think there is a better team in the competition, but penalty shootouts are sometimes very cruel. Big encouragement for the team!’ 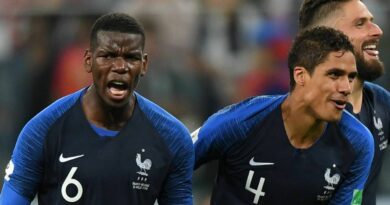