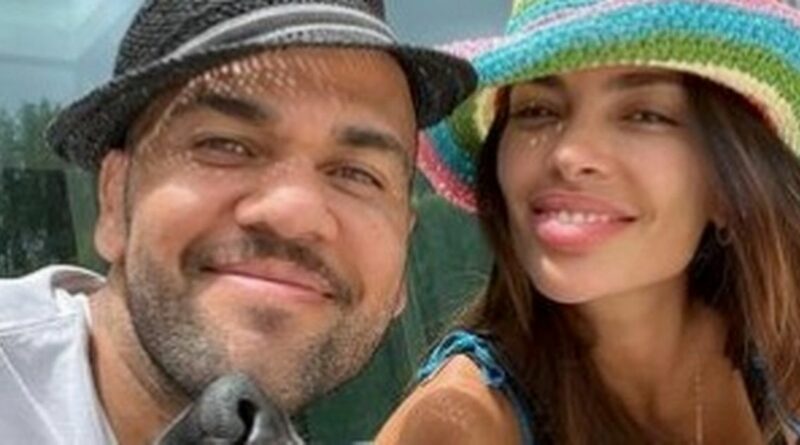 Dani Alves' supermodel wife Joana Sanz has given a tearful reaction after the veteran right-back confirmed his Barcelona exit.

The 39-year-old returned to the Nou Camp last season after Xavi Hernandez took over at the club, but his short-term deal is due to expired at the end of the month. Alves was hoping to agree an extension until the end of the year to boost his chances of making Brazil's World Cup squad; however, his second spell at the club has come to an abrupt end.

A new report from SPORT claims that Alves was informed that he wasn't going to be offered a new deal while he was on holiday, meaning the veteran will have to find another club to keep his World Cup dream alive.

Do you think Barcelona madee the right decision getting rid of Alves? Let us know in the comments section Alves confirmed his Barcelona exit from in an emotional Instagram post – and Sanz reacted to her husbands sad news with a crying face emoji.

Alves said: "Now is the time for our farewell. They were eight+ years dedicated to the club, to those colours and that house… but like everything in life, the years pass, the roads deviate and the stories are written for some time in different places – and so it was.

"They tried to say goodbye but they could not do it, because you cannot imagine, or yes, how resilient and resilient I am. Many years passed until football and life which, as always, are very grateful to those who respect them, decided to give me the opportunity to return here to say goodbye. "But this wouldn't be a goodbye without first thanking all those behind the spotlights, all those who do that ours is perfect, to all of them; THANK YOU.

"I would also like to thank all the staff for the opportunity they gave me to return to this club and be able to dress that wonderful shirt again, they do not know how happy I am…. I hope they do not miss my madness and my happiness every day.

"Hopefully those who are staying can change the story of this beautiful club, I wish that from my heart. There were 23 titles achieved: 2 Trebles, 1 Sextete and a great gold book written! A very nice cycle has ended and another challenge opens. Let the world never forget: a lion that is 39 years old continues to be A GOOD CRAZY LION."