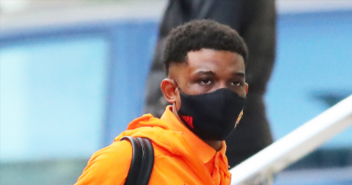 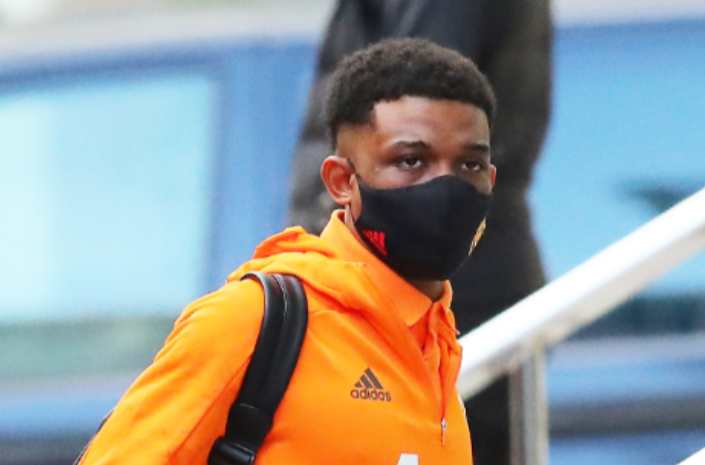 The 18-year-old winger joined United for an initial £18.7million fee in the summer from Atalanta, but spent the first half of the season with the Serie A club, before arriving in Manchester last month.

Diallo has already impressed at Under-23 level, scoring twice, including a cheeky Panenka penalty, in a 5-3 win over Liverpool and again caught the eye with three assists and a goal in last weeks victory against Blackburn.

The teenager was pictured with United’s squad and Ole Gunnar Solskjaer at the team hotel on Tuesday afternoon and, according to the MEN, has been included in the Norwegian’s matchday squad.

United are looking to bounce back from a damaging 3-3 draw against Everton on Saturday which put a major dent in their hopes of sustaining an unlikely title bid.

An injury-time equaliser from Dominic Calvert-Lewin helped the Toffees escape with an unlikely point which Manchester City took full advantage of 24 hours later with a crushing 4-1 win over champions Liverpool at Anfield.

Solskjaer is yet to win his first piece of silverware as United manager and this season’s FA Cup would look to represent as good an opportunity as any other to break his duck, although he will not be taking anything for granted against a rapidly improving West Ham side, coached one of his Old Trafford predecessors, David Moyes.

‘Yeah, they’ve been impressive,’ Solskjaer said of West Ham. ‘Of course we watch them closely with Jesse going there, and we were really happy for him to get the start that he did.

‘But we felt it when we played them down in London a few months back, that it’s a team that really improving under David’s coaching and you can see an organised team, a physical team. So we know what we’re up against

I don’t how David thinks! I think we all think about the next game as the most important one, but then you’ve got to have the long-term view as well.

But I’m glad common sense prevailed, because you know when you saw [Tomas] Soucek getting sent off for that little thing… everyone knows he didn’t try to elbow [Aleksandar] Mitrovic. So I’m glad that we’re looking at these things and trying to make football a fairer and better game.’

Manchester United arrive for training as they plot for Everton match