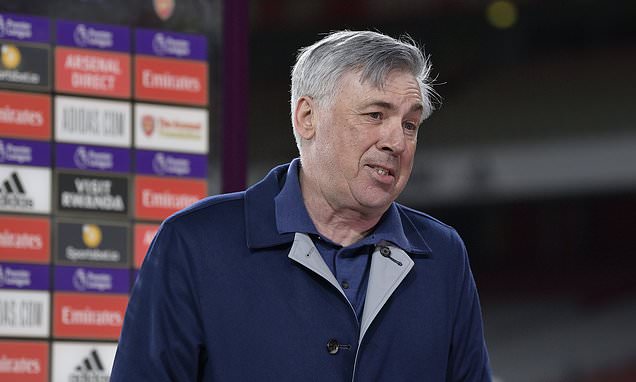 Carlo Ancelotti dismissed claims that his Everton side were extra motivated to beat Arsenal on Friday night because a desire to beat one of the European Super League teams.

The Toffees earned a first-ever victory at the Emirates Stadium thanks to Bernd Leno’s late own goal in a match that was marred by pre-match protests by Arsenal fans towards their owner Stan Kroenke.

It was Arsenal’s first match since they joined up – then pulled out – of the now-defunct breakaway tournament but Everton boss Ancelotti admitted the Super League distractions did not affect their motivation for this game. 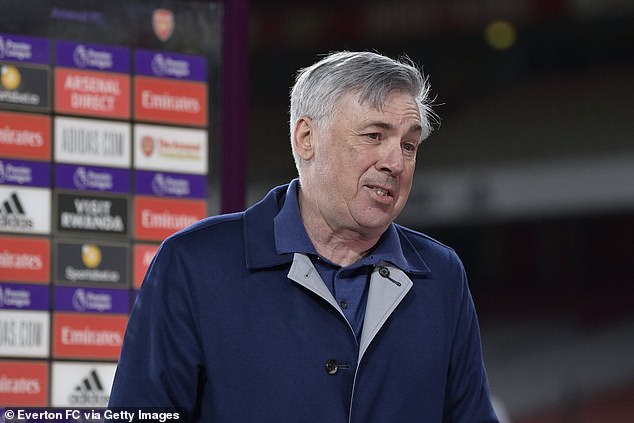 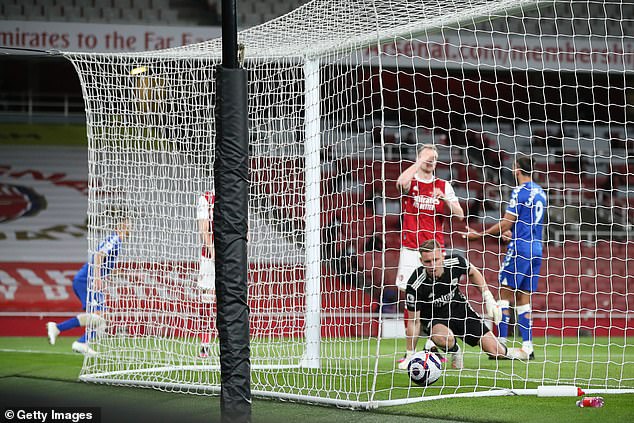 Ancelotti said after the game: ‘We were motivated because it was a vital game. Maybe lose this game, we have lost a lot of opportunity to fight for Europe and that was the only motivation.

‘We are in the fight for European positions and this is where we wanted to be at this time of the season.

‘We are there and have six games until the end and have to do our best.’

The Toffees enjoyed a major slice of fortune when a second-half penalty was called off due to an offside call spotted by VAR in the build-up. 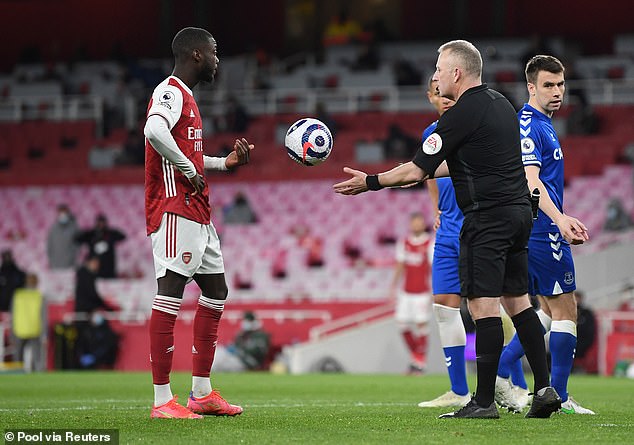 Dani Ceballos was felled by Richarlison early in the second-half but the video technology spotted Nicolas Pepe standing in an offside position in the build-up to the move.

That call allowed the match to stay goalless up until the point when Arsenal goalkeeper Leno made a calamitous error with nearly 10 minutes to play, letting Richarlison’s cross go underneath his body and into his own net.

Everton went into Friday’s game having only won one out of their last 28 matches away at Arsenal, with that victory coming in 1996.

Ancelotti was delighted to offer the Toffees supporters a rare win at Arsenal but admitted Mikel Arteta’s Gunners were the better team on the night. 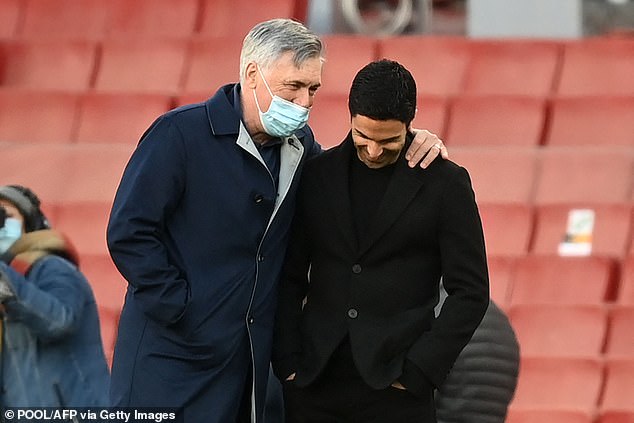 The Italian continued: ‘It is an unbelievable gift for our supporters. A good performance – not top, but solid. We tried to play if possible and we were lucky to score a goal.

‘We were a little bit lucky with the VAR decisions but with these three points we keep fighting for the rest of the season.

‘Arsenal played a good game and maybe they played better with the ball but defensively we were really solid.

‘A good result, important, we are still attached to the top of the table. We needed that. We keep fighting, we played a good game with difficulties.

‘Defensively we were good, I am satisfied. To be honest it should have been a draw, Arsenal had more control of the ball.’

Valverde hails Suarez after double for Barcelona against Real Madrid