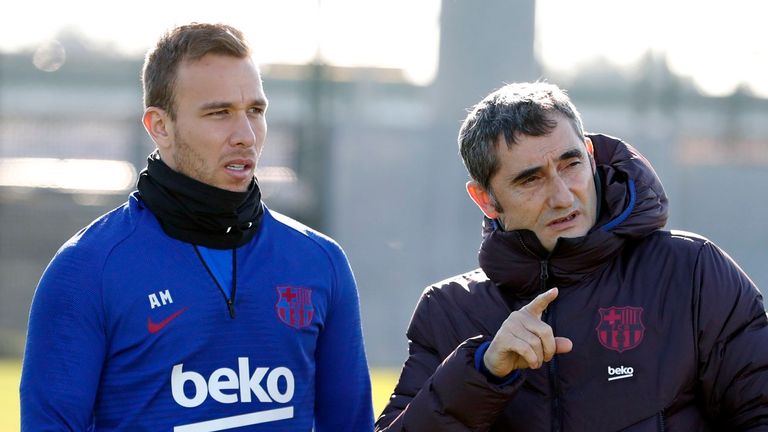 Andres Iniesta has backed his former team-mate Xavi Hernandez to become Barcelona’s new head coach but has criticised the club for their treatment of Ernesto Valverde.

Xavi Hernandez confirmed he met club officials despite Valverde still being in charge of the club.

Iniesta was asked who he would choose between Xavi, who manages Qatari club Al Sadd SC, and Netherlands boss Ronald Koeman.

He told Spanish radio channel Onda Cero: “The one who knows best is Xavi, he will have analysed all the variables that there can be and let’s see what happens.

“Koeman has a lot of experience as a coach and Xavi is starting out now. But a lot of times experience counts for nothing. Both of them have been at Barça and know the club.”

Iniesta was a guest at Barcelona’s training on Monday fresh from criticising the club for their treatment of Valverde.

Look who dropped by for today's workout!

He added: “What comes to my mind a little, is that the way everything is being done is a bit ugly.

“I think that there should always be respect for the coach. The boss’ position has been left very weakened.”

Mauricio Pochettino has also been linked with the job despite famously saying he would never manage Barcelona having played and managed city rivals Espanyol.

While at Tottenham, Pochettino said: “I am so clear. I am never going to be manager of Barcelona or Arsenal because I am so identified with Tottenham and Espanyol.

Liverpool injuries are Jurgen Klopp’s biggest fear, and the fixture list is now his greatest enemy