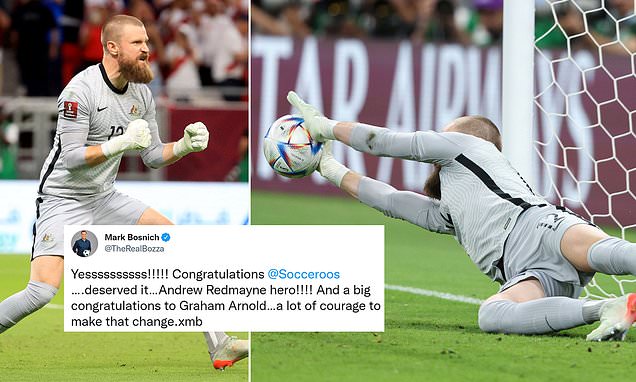 Australia’s shootout ‘hero’ Andrew Redmayne is hailed by Mark Bosnich, as manager Graham Arnold is praised for his ‘courage’ and ‘cojones’ after subbing keeper on in extra-time of World Cup play-off win over Peru

Substitute goalkeeper Andrew Redmayne was the hero as Australia secured their place at the World Cup by prevailing past Peru.

The intercontinental play-off, which took place in Qatar, was goalless after extra-time, with Redmayne saving the decisive spot-kick from Peru’s Alex Valera as Australia won 5-4 on penalties.

Before each of Peru’s penalties Redmayne, who was making just his third international appearance, danced on the goal-line in an attempt to distract his opponent. 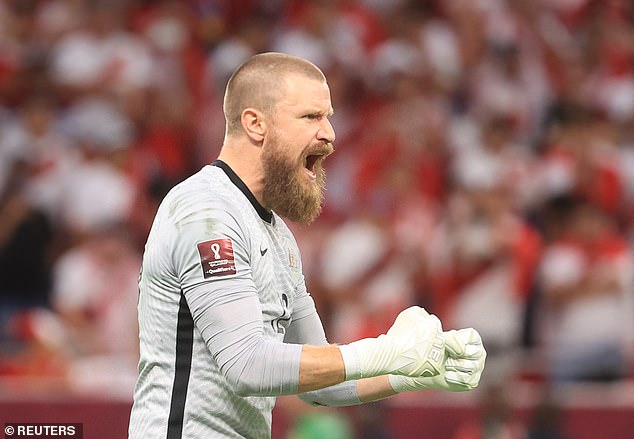 Redmayne was brought on specifically for the penalty shootout as he replaced first-choice goalkeeper Mat Ryan in the closing stages of extra-time.

Australia will now be competing at their fifth consecutive World Cup and will take their place in Group D along with France, Denmark and Tunisia. 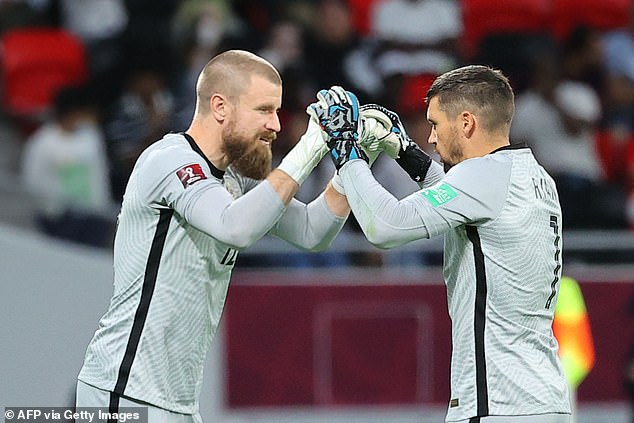 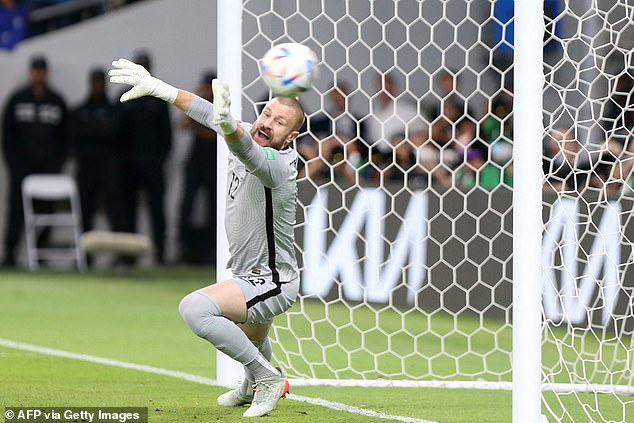 Journalist Steve Smith described the success as ‘A win for the ages’.

He wrote: ‘I’m still not over this. A win for the ages. The absolute cojones from Arnie to sub Redmayne in just for the penalties. We’ll be talking about this for days.’

One Twitter user praised Arnold as ‘a tactical genius’.

He wrote: ‘Graeme Arnold a tactical genius? Redmayne was a Wanderers reject …Now both are off to another World Cup. Well done Australia.’

Another user referred to the decision to bring on Redmayne as ‘A stroke of genius’.

One user lauded Arnold for ‘backing his own judgement’.

He wrote: ‘Graham Arnold proving once again ‘listen to the fans long enough and you’ll end up sitting with them’. Backed his own judgement backing Redmayne in penalty shoot out and Australia are through to World Cup!’.

Another described Redmayne as ‘a God amongst men’.

Another user commented on the goalkeeping change paying off.

They wrote: ‘In complete and utter shock. The goalkeeper change paid off. Credit where credit is due Graham Arnold and credit Andrew Redmayne. Let’s speak about the penalties though. Clinical! Proud Australian. We’re going to Qatar!’. 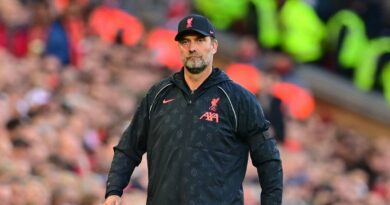