Home » Soccer » Andros Townsend: Crystal Palace winger says players' futures to be decided at the end of this season 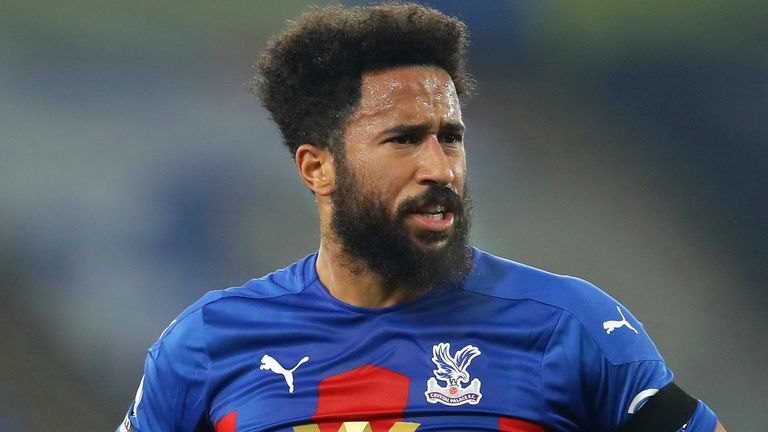 Andros Townsend has revealed that the situation surrounding his and a number of his team-mates’ futures at Crystal Palace is uncertain with their contracts due to expire in the summer.

The 29-year-old, who has made 27 appearances under Roy Hodgson in the Premier League so far this term, is one of a number of first-team players whose deals at Selhurst Park run out at the end of the current campaign.

Townsend says he appreciates that there is financial uncertainty for clubs regarding contracts amid the coronavirus pandemic and insists he will put his all into performances between now and the end of the season, in spite of the question mark hanging over whether he will still be a Palace player come August.

He told talkSPORT: “We’ve been told as players that they’re going to make a decision on our futures towards the end of the season.

“We’re gonna have to keep doing what we’re doing and yeah that’s it basically. We’re contracted until July 1 so until then we’ll give everything for the cause.

“It’s difficult but unfortunately it is the times that we’re living in. We’re living in an era where clubs have obviously lost a lot of money from a lack of fans over the last 12 months.

“If I go back to February I was out of the team, I wasn’t playing well. Obviously with contracts running down the turn of the year is when you start thinking right, I’ve got six months left here.

“When I played I really struggled because I was thinking: right, I need to play well and earn a new contract and it wasn’t working. And it’s only since then that I’ve realised what will be will be, you just do what you’re currently doing and things will work themselves out.”

Townsend stopped short of revealing whether he and his representatives had been in contact with other clubs at this stage but reiterated that as soon as the season finishes there will negotiations over whether he will depart or extend his stay at Palace.

“At the moment, Palace are speaking to nobody [about their contracts] so we’re all in the same boat I think, but you don’t really speak about other clubs you’re speaking to, I’ve just let my agent deal with it,” he explained.

“As soon as the season ends on May 23 then we’ll sit down and we’ll have a chat and go through options but at the moment just let me do my thing, and everyone else is kind of doing the same.”

Since joining Palace from Newcastle in 2016, Townsend has scored 16 goals and contributed 27 assists in 178 matches in all competitions, helping solidify the club’s position as an established Premier League side.

With seven games remaining this season, Palace are currently 12th in the top-flight and play Everton at Goodison Park in their next game, live on Sky Sports.