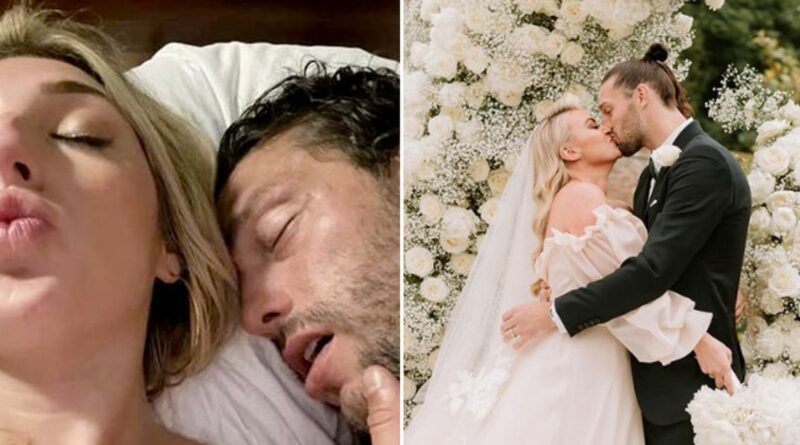 Andy Carroll's loved up wedding photo with ex-TOWIE star Billi Mucklow comes just days after he was snapped in bed with two blondes following a 17-hour booze session on his stag-do.

The former Newcastle, Liverpool and West Ham striker was pictured sleeping next to Taylor Jane Wilkey in a viral snap, with the blonde insisting that nothing lewd happened and that he had been a gentlemen.

The 33-year-old, who was released by West Brom at the end of the Championship season, has now tied the knot with the mother of three of his five children in a five-star Hampshire ceremony.

The Daily Mail reported earlier on Sunday (June 5) that bottles of champagne worth £100 were lined up on tables for guest and that the theme was all white.

Among the guests at the lavish event at the Four Seasons Hotel were the couple’s three children Arlo, six, Wolf, four, and 21-month-old daughter Marvel Mae.

Carroll’s daughter Emilie Rose and son Lucas who he has from a previous relationship were also in attendance among the 200 guests, with room prices starting at £600-a-night and the Royal Suite costing a mammoth £6,000.

Did Andy Carroll fulfil his potential? Give us your thoughts in the comments section.

Among her recollections of the evening that threaten to ruin the big day, Taylor Jane Wilkey said that Carroll was 'too smashed to score' after his drinking session that is said to have lasted 17 hours.

She told The Sun: "It was an amazing day, the booze was flowing and Andy seemed to be having a great time. He came over to chat to us and asked what we did, he seemed nice, a gentleman. He was honestly in no state to do anything.

Adding: "I’m so sorry for all this mess — but I did nothing wrong."

Carroll's breakthrough season as a professional came back in 2009/10, when he helped fire Newcastle back into the Premier League with 17 goals and managed 11 across 19 games in the top flight.

He then managed only 11 goals in 58 games for Liverpool before spending seven seasons with West Ham before returning to Newcastle amid a string of injuries.

The target man joined Reading at the start of the season before linking up with West Brom, and is currently a free agent. 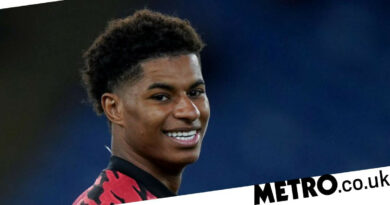