Andy Robertson trolled Liverpool team-mate James Milner after his training antics on Thursday. The Reds squad are gathering together again after the international break. But they have a big challenge coming up as they face rivals and Premier League leaders Everton on Saturday.

But footage has emerged from the latest training session that suggests spirits are high ahead of the Merseyside derby.

In the clip, some of the players are enjoying a game of rondo at Melwood where two players have to try and get the ball from a circle of team-mates.

Milner and Trent Alexander-Arnold are in the middle for the exercise – but are struggling to get near the ball as it is moved with one-touch passes.

And it sees the Englishman get creative with his defending, deciding to throw his head in front of Joe Gomez’s volley.

JUST IN: Arsenal make Jack Wilshere decision as star looks for next club 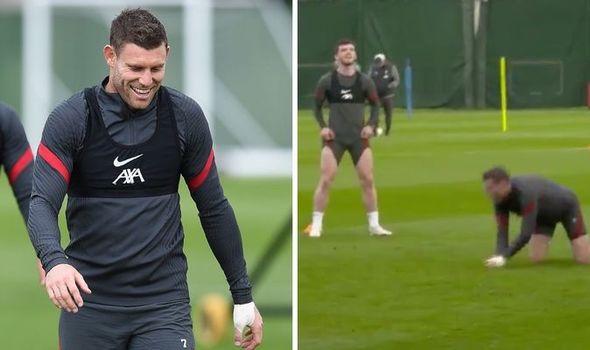 While it does stop the ball reaching Robertson, the Scot jumps at the chance to take a crack at his team-mate.

“Good, James,” he shouts while the 34-year-old laughs to himself before taking his place in the circle.

This footage was shared on Liverpool’s official Twitter channel on Thursday night, where the Reds faithful were left in stitches.

“James Milner – what a guy,” one supporter said.

Another commented: “There’s only one James Milner.”

While a third jokingly suggested the midfielder should change positions against Everton, with: “Can Millie play in goal on Saturday?”

And a fourth added: “Those two are so sweet.”

With a fifth simply writing: “What a machine Milie is.” 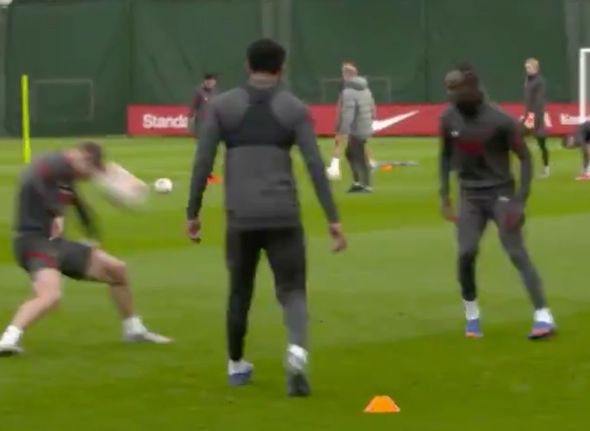 Newcastle manager Rafa Benitez wants Ryan Babel if he stays on: Would he join?

Olney: Inside the minds of Dave Roberts and Kevin Cash entering Game 5

Big names at the top — and bottom — of the Zozo Championship leaderboard
We and our partners use cookies on this site to improve our service, perform analytics, personalize advertising, measure advertising performance, and remember website preferences.Ok