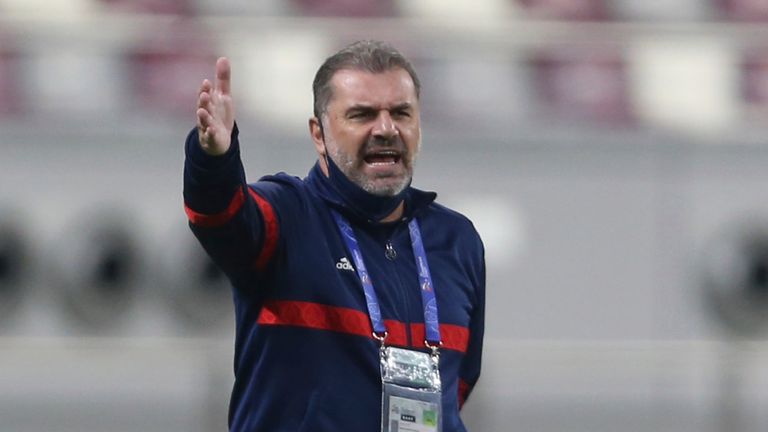 Ange Postecoglou says he remains focused on his job at Yokohama F. Marinos despite being in advanced talks to become Celtic’s next manager.

The club’s board have identified former Australia manager Postecoglou as their target to replace Neil Lennon after negotiations with former Bournemouth boss Eddie Howe broke down.

Celtic even hope to conclude a deal for their next manager as early as the middle of next week after being impressed by Postecoglou’s domestic and international success in Australia and Japan.

The club believe the 55-year-old’s philosophy of a high pressing game and attack-minded football will win over Celtic fans quickly.

Postecoglou, however, refused to comment on his future after he led his side to a 2-1 win over Shimizu S-Pulse in the J League.

“Those who know me know my focus is on what’s in front of me,” he said.

“I’ve understood there’s some speculation around the future, but I’ve stopped thinking about the what-ifs in the world a long time ago.

“My focus the last couple of days has been on making sure we play well.”

Postecoglou was recommended to Celtic by Fergal Harkin, who is expected to be named as the club’s sporting director this summer when he leaves his role as Manchester City’s football partnerships manager. 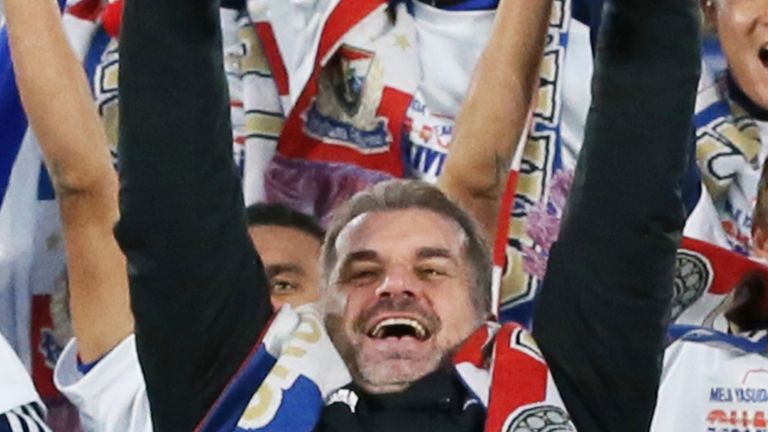 The Greek-born Australian manager won two A-League titles before taking charge of the Socceroos in 2013.

His four years as Australia boss included qualification for the 2014 World Cup and winning the 2015 Asia Cup.

He led his current side Yokohama to the J League title in 2019.

Why Howe talks broke down

There are believed to be various factors as to why negotiations between Celtic and Howe broke down, including around backroom staff and personal reasons.

Howe was understood to have been keen to take Stephen Purches and Simon Weatherstone with him to Parkhead as part of his backroom team.

The 43-year-old held initial talks with Celtic representatives, including majority shareholder Dermot Desmond, in March and became the club’s number one choice to replace Neil Lennon at Parkhead.

In a statement on Friday, Celtic confirmed the breakdown in negotiations and said they aim to announce a new manager “very shortly”.

“Following very positive and detailed discussions with Eddie Howe, with the belief that he would be an excellent candidate for the position of Celtic manager, we allowed time for the process, given he’d previously made it clear he was not looking to return to management until this summer at the earliest,” the statement read.

“We can now confirm that Eddie will not be joining the club, for reasons out of both his and Celtic’s control. We wish Eddie success for the future.

“As part of the ongoing process, we have engaged with a number of candidates. We fully appreciate our fans will be seeking clarity on this matter and we aim, very shortly, to announce the appointment of a manager with the quality and desire to take Celtic forward and bring further success to our supporters.”

Howe has been linked with various roles since he departed Bournemouth in 2020 following an eight-year-long second spell as manager at the Vitality Stadium during which he led the Cherries to the Premier League.

John Kennedy has been in interim charge of Celtic since Lennon resigned in February, with the club finishing the season 25 points behind champions Rangers in the Scottish Premiership.

Following the club’s unprecedented quadruple treble, Celtic ended the 2020/21 campaign without a trophy after Rangers won the Premiership and St Johnstone took the Scottish Cup and Scottish League Cup.

In a statement earlier this week, the Hoops said they intended to appoint a new manager “shortly” as season ticket renewal deals were launched for the upcoming season.

A friendly with Preston at Celtic Park awaits on July 17, while their 2021/22 campaign gets underway on July 31.

Changes in personnel are afoot in other areas at the club with Scott Brown having concluded his 14 years at Celtic Park to join Aberdeen in a player-coach capacity.

Peter Lawwell will leave his role as chief executive this summer and is to be replaced by Dominic McKay. Desmond said back in March that the pair would have an influence on who is appointed as the successor to Lennon.