Angel Di Maria would prefer to join Barcelona despite also being in talks with Juventus, according to reports. The Argentina international is currently a free agent after his Paris Saint-Germain contract expired. Yet his future remains up in the air as two of Europe’s biggest clubs battle it out for his signature.

Barcelona were linked with Di Maria back in the summer transfer window of 2017, shortly after PSG signed Neymar and Kylian Mbappe.

However, on that occasion, the Argentina international ultimately stayed at the Parc des Princes where he’d establish himself as a club hero.

Now, Di Maria is a free agent after his PSG contract expired.

And though he’s been in talks with Juventus over a move to the Allianz Stadium, Barcelona are named by Revelo as being the South American’s preferred next club – as well as that of his family.

But while that’s the case, he could still end up playing in Turin next term.

Juventus want to offer him a one-year contract, while they’re also prepared to pay Di Maria some bonuses and adapt to the forward’s needs.

Massimiliano Allegri is said to be a key figure behind the scenes with the Old Lady boss using a charm offensive to try and land Di Maria.

A move to Barcelona is more complicated, however.

The Catalan giants’ finances are tight, despite recently receiving a huge £555million cash boost after voting to sell some of the club’s rights.

Barcelona are still waiting to register Andreas Christensen and Franck Kessie, who have left Chelsea and AC Milan respectively.

Juventus think they’ve done everything possible to land Di Maria, who won five Ligue 1 titles during his spell in France.

But Barcelona could swoop in, with the former Manchester United and Real Madrid star seen as a cheaper alternative to Leeds’ Raphinha.

She said: “We leave in peace knowing that the people love you and that most of them regret your departure from the club.

“Angel will continue to shine wherever he goes. No one is ever going to turn off his light. They have never been able to do it.

“He is sensitive, but inside he is a warrior. The fact of being a substitute did not turn off your light.

“34 years is nothing if your football says that you are still young, but well, the manager said goodbye to you.

“Another team will take advantage of you as you deserve and will bring out the best in you.”

PSG confirmed Di Maria’s exit recently with a statement that read: “Paris Saint-Germain would like to pay tribute to Angel Di Maria for the 7 seasons he has spent in the Rouge et Bleu shirt.”

And Nasser Al-Khelaifi also spoke out, saying: “Angel Di Maria has left a permanent mark on the history of the club.

“He will remain in the memories of the supporters as someone with an irreproachable attitude, who has defended our colours with faultless commitment.”

He was also part of the PSG side that reached the Champions League final in 2020, where they were beaten by Bayern Munich. 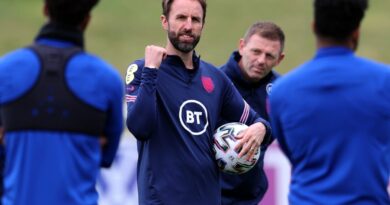 England vs Germany prediction: How will Euro 2020 last-16 match play out? 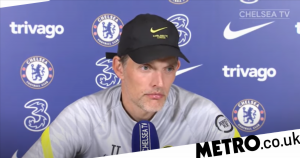