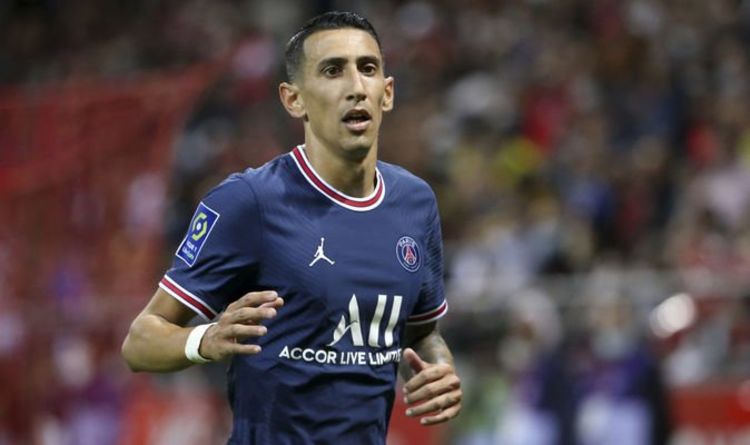 Maguire excited to welcome Ronaldo back to Man Utd

Angel Di Maria is one of the few lucky people to have donned the Manchester United No 7 shirt in their careers – but has brutally claimed he did not care about the history it held, according to reports.

Talk around the famous shirt has done the rounds again recently following Cristiano Ronaldo’s sudden transfer to the Theatre of Dreams.

Ronaldo, 36, spent much of his early career at United in a six-year-spell from 2003 to 2009, after signing from Sporting Lisbon for £12million.

Claiming three Premier League titles, three FA Cup winner’s medals and a Ballon d’Or in his time in England, Ronaldo became famed as the world’s most sought-after player before his move to Real Madrid.

And having now returned to the Red Devils, rumours have sparked again about whether the superstar will wear the shirt in which he previously enjoyed so much success with the club.

Edinson Cavani currently wears the No 7 – but due to Ronaldo’s synonymity with the number, United have reportedly asked for special dispensation from the Premier League to have Cavani swap for another number and Ronaldo take the Uruguayan’s jersey.

Yet, despite all the fuss, there is one player who couldn’t have cared less when he wore it – that player being Di Maria.

Speaking to TyC Sports, Di Maria brutally and carelessly told of how he didn’t care about the history of the shirt, instead focusing entirely on his football.

“At first they talked to me a lot about it…it was just a shirt.”

Despite Di Maria not fulfilling what United fans would expect of someone wearing the sacred jersey, he claims his poor tenure in Manchester was through the faults of ex-boss Louis Van Gaal, not himself.

The Dutchman signed Di Maria in his first transfer window – but after a strong start to proceedings, the Argentine faded away, resulting in his exit to Paris Saint-Germain.

And Di Maria made it crystal clear as to where the problem lay – pointing the finger at the Dutch boss.

“My problem at Manchester was the coach,” he continued.

“Van Gaal was the worst of my career.

“I would score, assist, and the next day he would show me my misplaced passes.

“He displaced me from one day to the other, he didn’t like players being more than him.”

The Argentine was shipped to PSG for a £15m loss but after excelling in the French capital, it has turned into a ‘what could have been’ story for United.