Manchester United starlet Angel Gomes has urged people to concentrate on ‘more important issues’ after a video of his visit to a pastor claiming to have healing powers resurfaced on social media.

Gomes’ future has been the subject of widespread speculation in recent weeks, with his contract due to expire at the end of the month, but the 19-year-old has made headlines for a very different reason this week.

Footage of Gomes’ 2016 trip to see renowned Nigerian pastor TB Joshua at The Synagogue, Church Of All Nations in Lagos began doing the rounds late on Monday evening.

Gomes has since addressed the reaction to the videos and admits the footage might look ‘crazy’ but that he should be able to practice his faith however he wishes.

‘Regarding the video that has come out from 2016. I am from a Christian family at the time my mum was a fan of the pastor, and she really wanted me to go,’ Gomes tweeted.

‘I was going through some issues.

‘From the outside looking in it looks crazy, but I was just practicing my faith.’

He added: ‘I didn’t really need to explain myself but a lot of people was asking me what the video was about.

‘I was young at the time and if my parents thought something was best for me I would do it.

‘There are far more important issues out there in the world we can tackle. For example #FreeSchoolMeals #maketheUturn.’

Former Arsenal striker Ian Wright showed his support for Gomes as he responded to the youngster’s explanation.

‘Absolutely none of their business [love heart emoji],’ Wright replied.

Gomes became the youngest player to make a first-team appearance for the Red Devils since Duncan Edwards when he debuted against Crystal Palace back in May 2017.

But Gomes’ opportunities have been limited since then and the teenager has played just six times for Ole Gunnar Solskjaer’s side this term.

Barcelona and Chelsea have both been heavily linked, with the England Under-20 international set to become a free agent this summer. 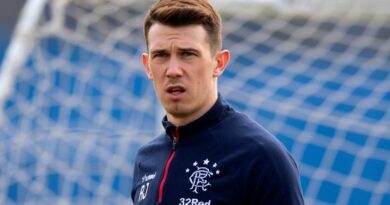