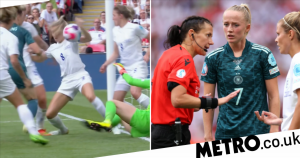 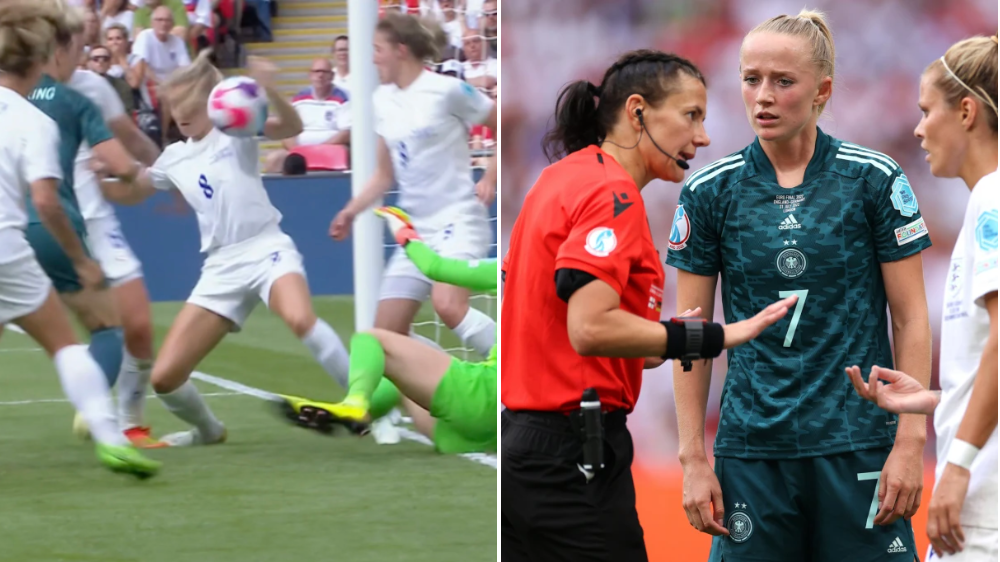 A German newspaper have claimed the Euro 2022 runners-up were ‘scammed’ during England’s historic victory at Wembley after not being awarded a penalty for a ‘clear handball’.

The showpiece event, which was played in front of a record crowd of 87,192, appeared to be heading to penalties after Lina Magull cancelled out Ella Toone’s opener 11 minutes from time.

But Chloe Kelly scored an extra-time winner to secure England’s first major women’s trophy and spark wild celebrations at Wembley and across the country.

Germany were left heartbroken by the outcome, not only as they narrowly missed out on a record-extending ninth European Championships trophy but also as they felt they should have been awarded a penalty with the score still level.

Lionesses captain and Arsenal defender Leah Williamson escaped a nervy moment in the first half when the ball appeared to hit her hand during a goalmouth scramble.

Germany appealed for a penalty but Ukrainian referee Kateryna Monzul did not point to the spot and play resumed after a brief VAR check.

Germany manager Martin Voss-Tecklenburg was bemused the officials did not intervene and said the decision ‘hurt’ her team.

One of the biggest newspapers in Germany, Bild, have gone even further, claiming the 2003 and 2007 world champions were ‘scammed’ and ‘cheated’ during the record-breaking final.

Many Germany fans still feel aggrieved over England’s controversial third goal in the 1966 World Cup final and Bild said: ‘Wembley fraud again! Even with video evidence, we are being scammed.

‘In the 2-1 defeat after extra time we are cheated again almost exactly 56 years after the Wembley goal scandal.’

Sir Geoff Hurst’s brilliant hat-trick helped England defeat Germany 4-2 in the 1966 World Cup final but there remains debate over whether his third goal crossed the line.

Bild also spoke to former referee Thorsten Kinhofer who said: ‘For me it’s a crystal clear handball. The hand is above shoulder height, for me it is incomprehensible that there was no indication from the VAR referee.’

Germany manager Voss-Tecklenburg, meanwhile, added: ‘At this level, in the final of the European Championships, this shouldn’t happen.

‘I’d like to have a discussion why did no one look at it? This is something I would really like to ask. It happened to us today, but if it had happened to them I would feel the same. It really bothers me.’

The Lionesses manager said: ‘We won the cup. It is unbelievable. It is incredible.

‘If you really want to win and become better every single day, that is what I have noticed, and it is incredible, they want to do it together.

‘We agreed on a couple of things about behaviour and they weren’t just words, we lived it. The game was so tight, there was a little bit of fight in there, but who cares, we won 2-1. We are European champions.

‘We broke through barriers against Spain and we had to do it again. I don’t have any secrets. I don’t think I have realised what is going on, I need some time.’

England captain Williamson added: ‘The legacy of this tournament is a change in society, it is everything that we have done, we brought everybody together, we got people at games.

‘We want them to come to WSL games, the legacy is this team are winners and that is the start of a journey.’ 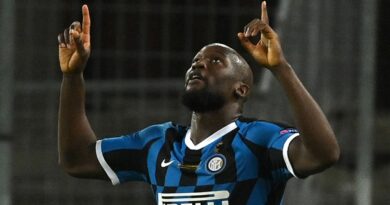 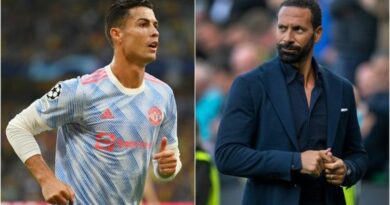