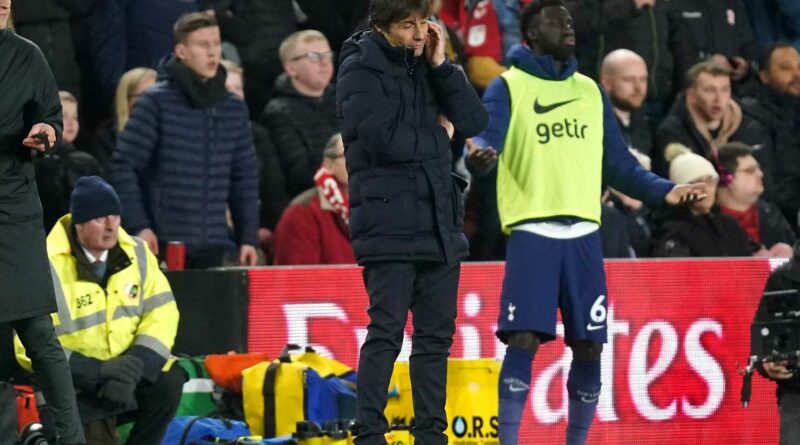 Antonio Conte insists he has the patience to see the job through at Tottenham after they were dumped out of the FA Cup at Middlesbrough.

The Championship side followed up their fourth-round giant-killing of Manchester United with another Premier League scalp as teenager Josh Coburn’s extra-time goal earned a deserved 1-0 win at the Riverside Stadium.

It was an abject display by Spurs, who were condemned to yet another season without a trophy and their campaign hinges on their ability to produce a late surge into the top four. 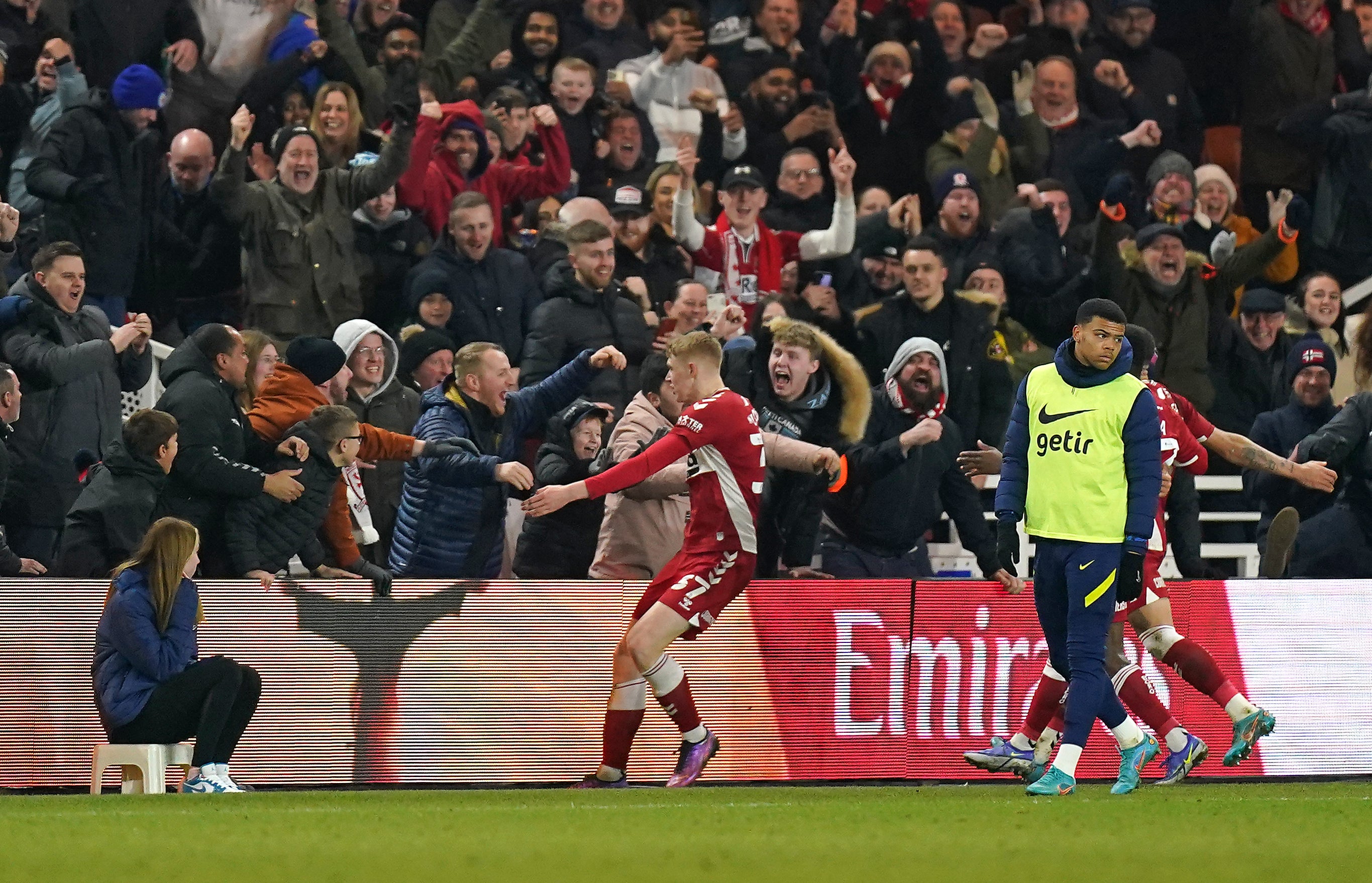 The Italian was previously scathing of his side after a similar defeat at Burnley last week, suggesting he might not be the man for the job, but after this loss he remained calm. 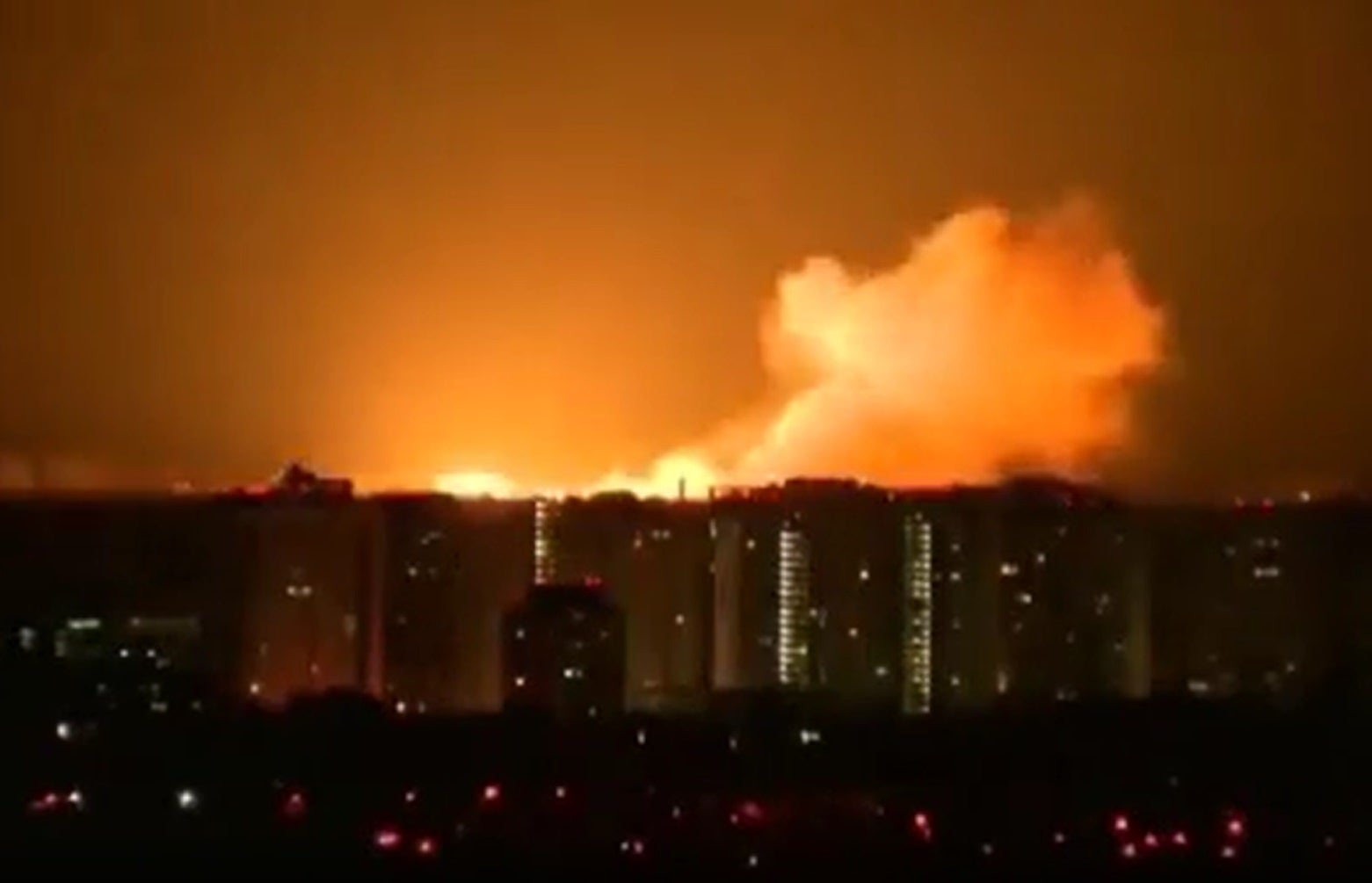 He said: “In this moment I’m the last person, I don’t think about myself. When I speak with my players and in my team I say that we have to think about ‘us’, not ‘me’.

“For me no problem and for me there is the desire, the will, the patience to try to continue to work very hard to improve, to make this team more stable than the past, because I think this is the key that can change the situation.

“I try every day through the work. Also sometimes to speak. For sure in this type of situation you need to find the right key to go into the mind of the players, because it’s not only sometimes a tactical problem or a technical problem.”

“Sometimes you have to try to work and to push in other aspects, the mental aspects and try to stay focused and to work also on the training sessions, to keep focusing.”

Conte again explained his dramatic reaction to the Burnley defeat was a strategic decision and said he has to find the best way of getting the most out of his players.

“Sometimes you have to be strong, sometimes light. My old coaches in Italy, especially Carletto Mazzone, taught me that the coach sometimes has to use the carrot, sometimes the stick,” he said.

“I have to try the right way at the individual moment. After Burnley, I used the stick and we won! After Leeds, the carrot, we lost.

“I repeat: the coach has to try to find always the best solution, not because you’re upset, frustrated and disappointed. At every moment the situation has to be very clear.

As much as the story will be about Tottenham’s exit, Middlesbrough were worthy winners and showed their elimination of Manchester United in the last round was no fluke.

They were by far the better team and could have won in normal time but for a number of missed chances. 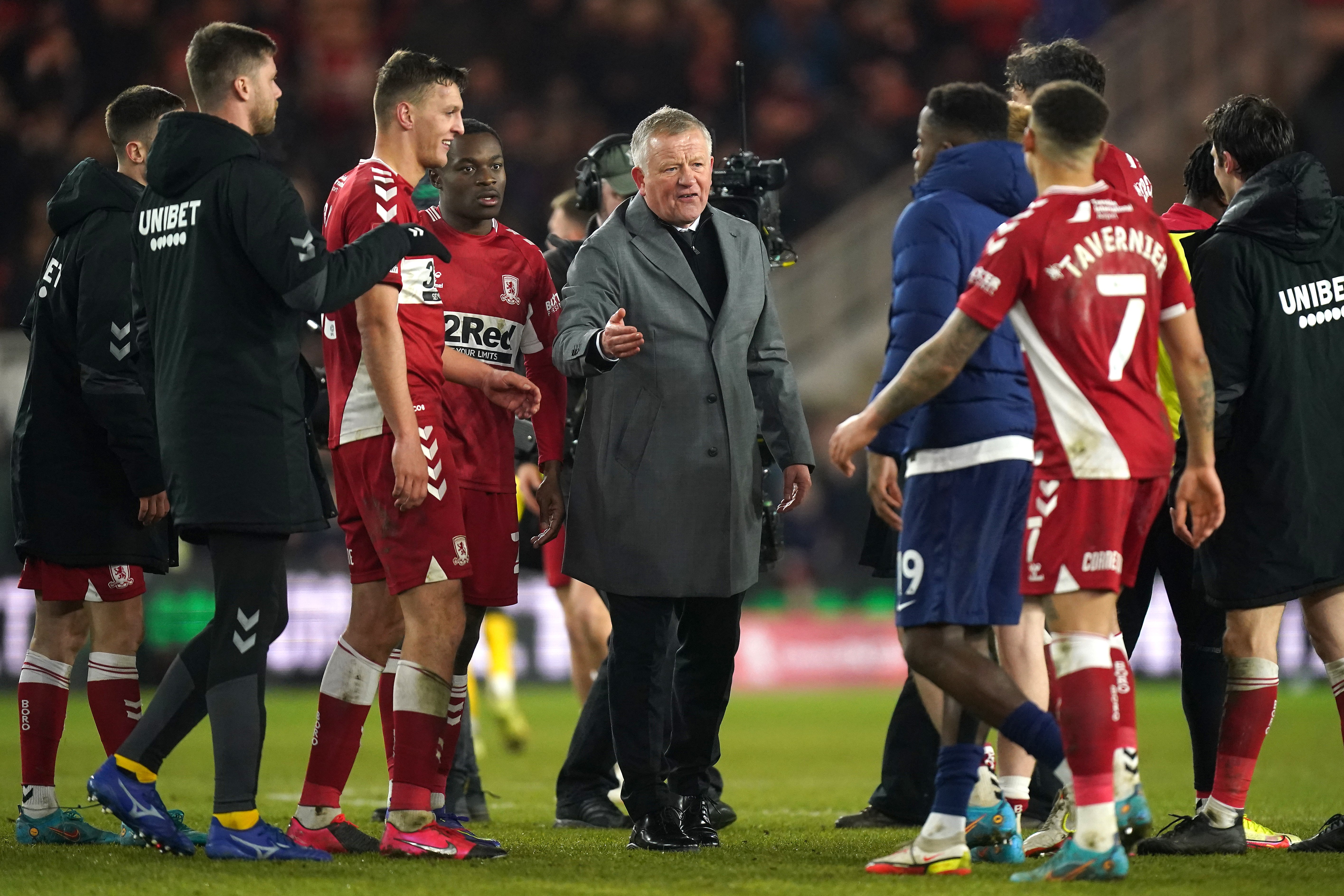 Something special could be brewing under Chris Wilder, who has already got Boro back in the Championship promotion mix, as they reached the last eight of the FA Cup for the first time since 2017.

Wilder said: “I am very proud of the performance of everybody, I thought the energy that the supporters gave the team was outstanding, it was my first experience of a packed Riverside and it was amazing. The team rose to the occasion.

“I am an honest manager in my assessment of the game – I would have been deeply disappointed if we had not won that game tonight, I thought we did more than enough to win against a top side with an outstanding manager and some brilliant individuals in it.

“To turn over one of the favourites for the competition in the fifth round is a brilliant achievement. 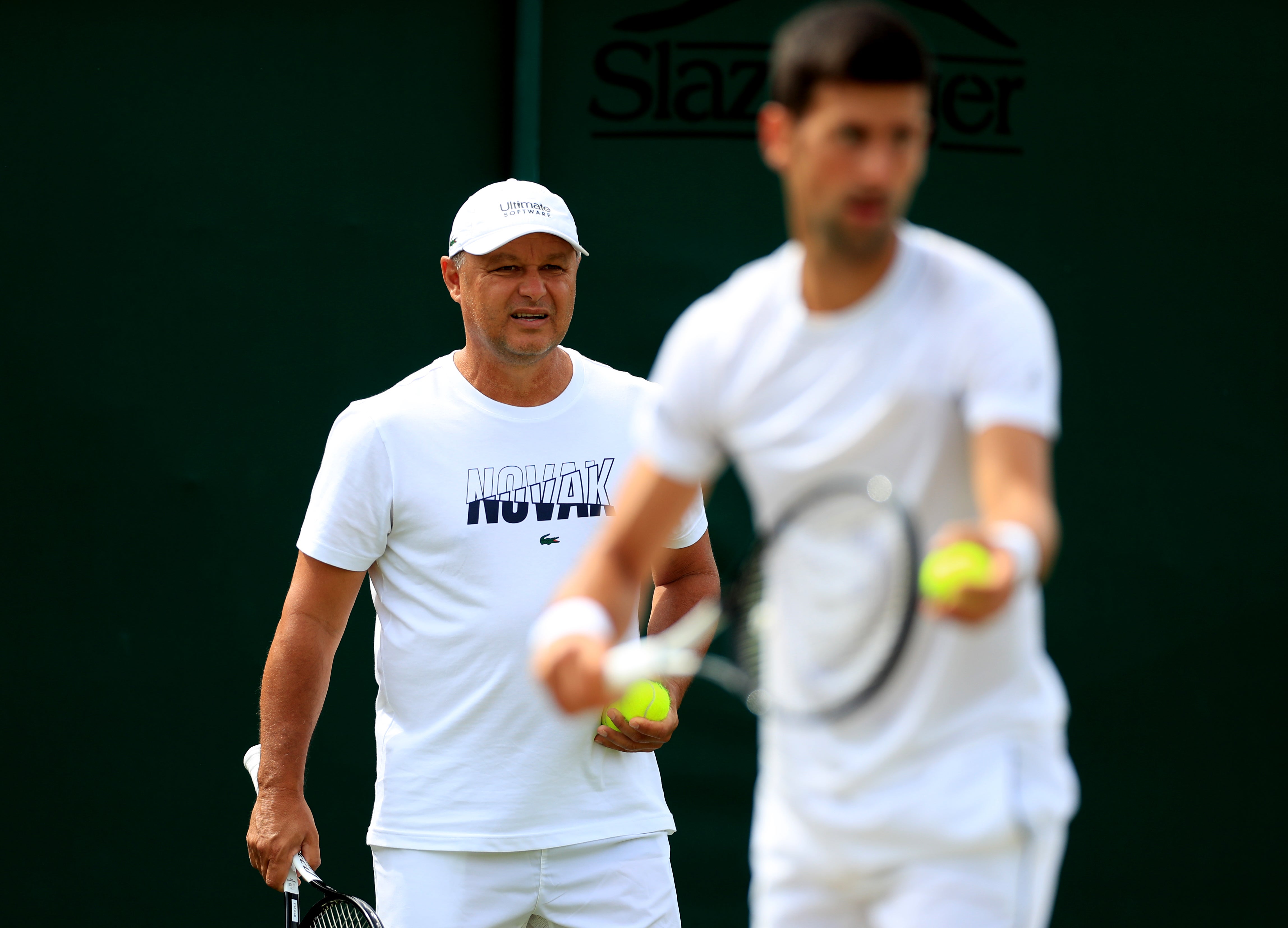 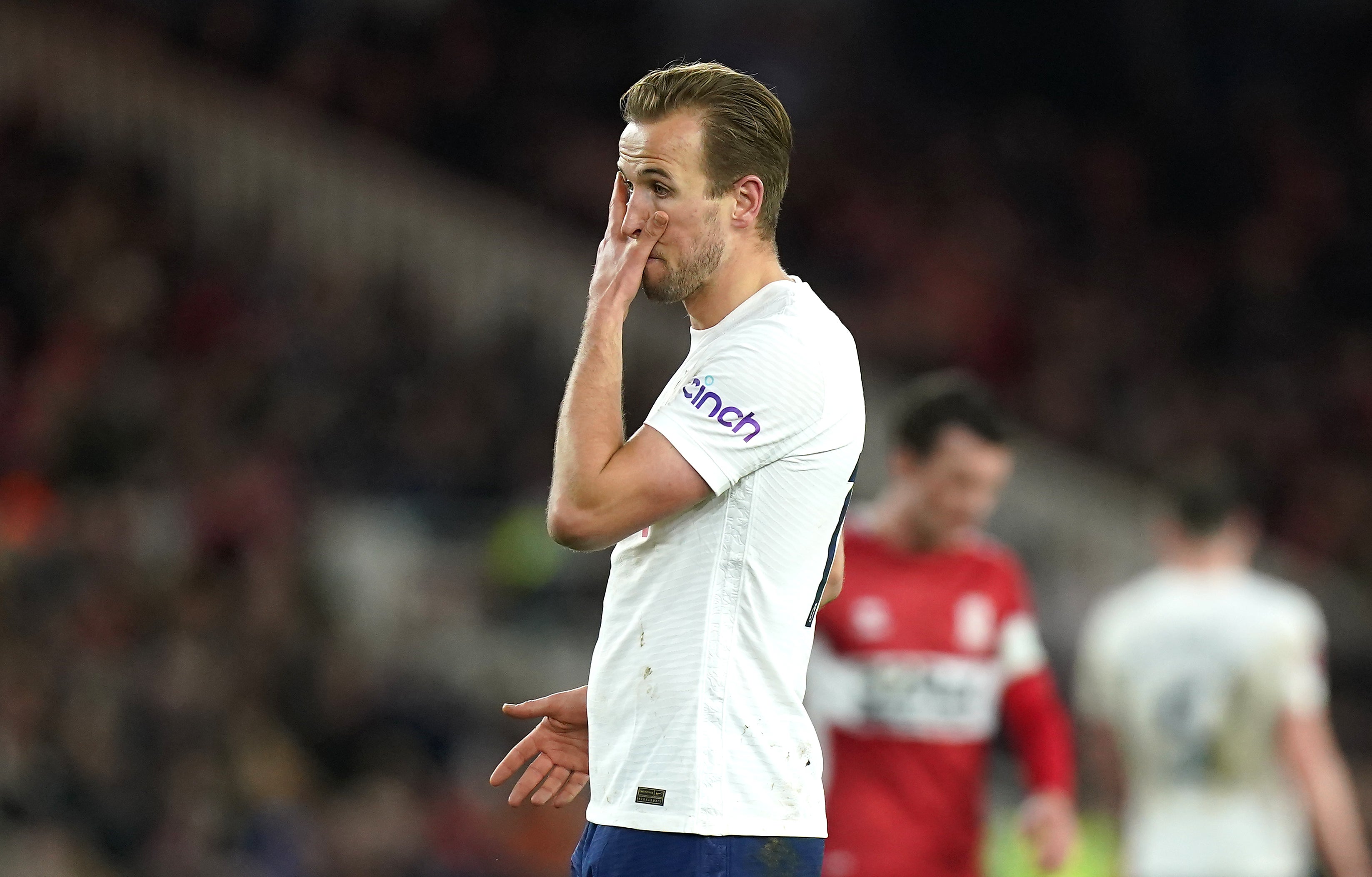 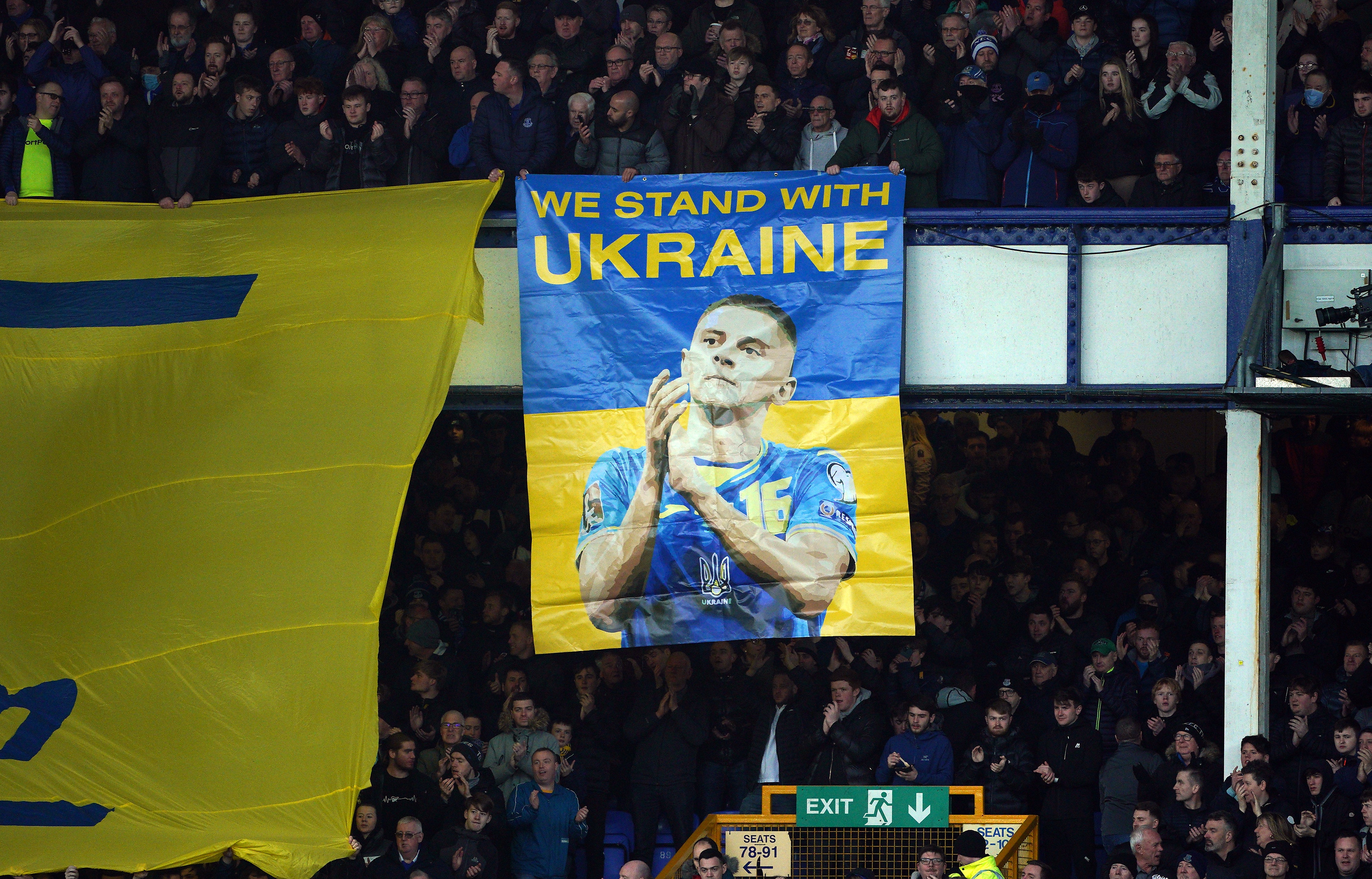 “(The goal) just shows the elation of a young footballer getting a winner for his hometown club in the fifth round against Tottenham Hotspur, that will live for a long time in the memory of Josh.

“It is a great moment for Josh, his opportunity came about and it was brilliant for him to smash home the winner.” 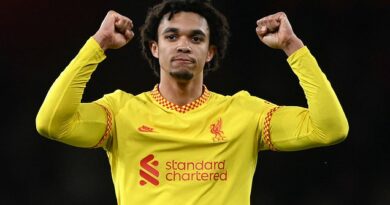 Trent Alexander-Arnold will NOT meet up with England this month 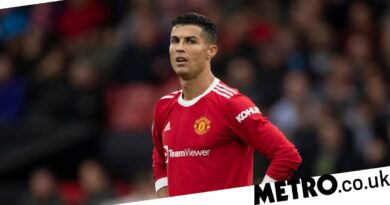