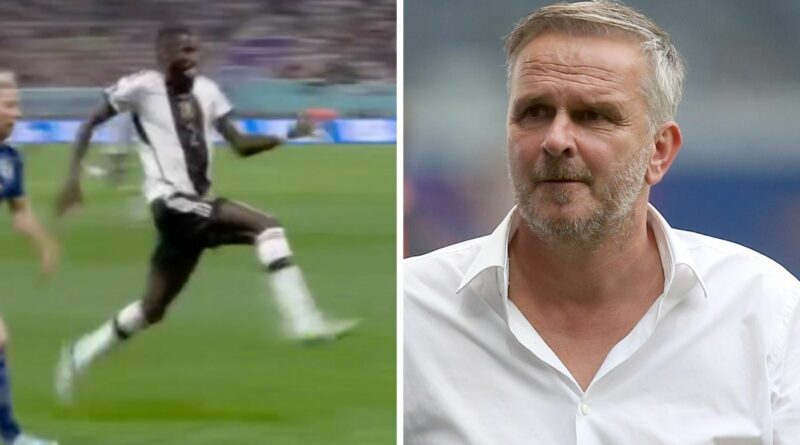 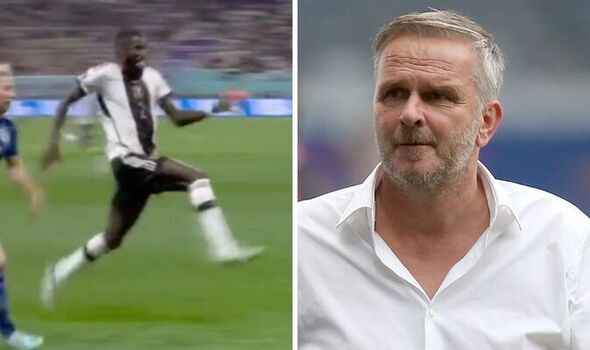 Germany icon Didi Hamann was furious at Antonio Rudiger’s antics during his country’s shock defeat to Japan on Wednesday. Germany were far from their best in their opening World Cup fixture, but held a 1-0 lead until the 75th minute.

Confidence was clearly high that Germany would see out the win when Rudiger mockingly chased down a ball over the top of his country’s defence. Takuma Asano was looking to get in behind Germany’s defence before Rudiger cut across, who began prancing with his legs high in the air to shepherd the ball out of play.

The Real Madrid defender was seen laughing after the bizarre moment, but Japan proved to have the last laugh as they struck twice before the end of the game to take all three points. Rudiger’s antics while Germany were leading proved to be a huge talking point after the game.

And Hamann joined many in being far from impressed by the former Chelsea defender. “You don’t belittle the opposition because it always comes back at some stage,” Hamann told RTE.

“He was having a laugh, there’s only one team having a laugh now.” Germany’s own Twitter account initially loved Rudiger’s bizarre running style, tweeting: “Those @ToniRuediger legs” along with a crying laughing emoji and a love heart.

But Hamann also took aim at his nation’s social media activity, calling the tweet “shameful”. “Shameful that you even post this,” he wrote.

“Belittling the opposition has never been in the spirit of the game. There’s only one out the two players laughing tonight and it ain’t Rudiger. Unprofessional and arrogant.”

Germany will now face Spain on Sunday to keep their World Cup hopes alive. If the Germans lose to Spain and Japan beat Costa Rica, the four-time World Cup champions will be unable to qualify for the knockout stages.