Antonio Rudiger has handed Chelsea a major boost by returning to fitness in time for their trip to Everton in the Premier League on Saturday.

Frank Lampard’s men are in action at Goodison Park in the weekend’s early kick-off and are likely to be coming up against an Everton side with a new manager at the helm.

But the visitors have been boosted by Rudiger’s availability. He has only played 45 minutes of first-team football under Lampard. 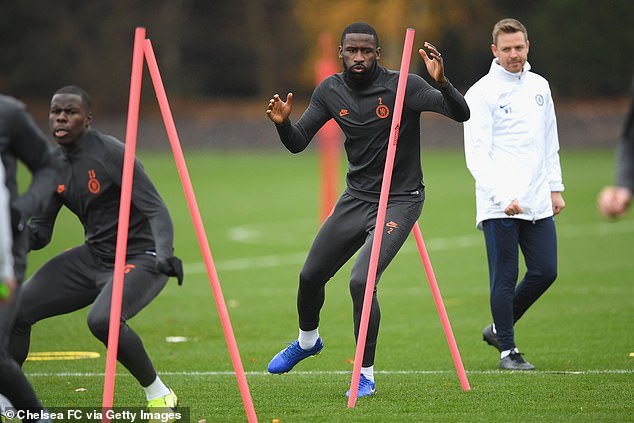 The 26-year-old Germany international has been hampered by injury. After undergoing a knee operation last summer, a groin injury curtailed his involvement under Lampard until the weekend.

With a busy run of fixtures approaching in the Christmas period, it is a welcome boost for Lampard.

Chelsea are currently fourth in the Premier League table with 29 points from 15 matches.

PREMIER LEAGUE LIVE: Chelsea take on Southampton plus other updates

Arsenal vs Burnley player ratings: Pierre-Emerick Aubameyang leads the way once again for the Gunners

The day Kobe Bryant gave me his boots

Lakers legend Kobe Bryant: Remembrances and reaction
We and our partners use cookies on this site to improve our service, perform analytics, personalize advertising, measure advertising performance, and remember website preferences.Ok