Antonio Rudiger “tried everything” to leave Chelsea in the summer transfer window, according to Germany boss Joachim Low.

Rudiger, 27, has fallen out of favour at Stamford Bridge this season, with the arrival of Thiago Silva pushing him further down Frank Lampard’s pecking order.

The centre-back has been left out of Lampard’s last five matchday squads, meaning a departure before Monday’s transfer deadline appeared likely.

Reports suggested Tottenham, West Ham and Paris St-Germain were interested in signing him, yet in the end a rumoured loan deal failed to materialise.

However, Low insists it was not for the want of trying.

“I’ve been keeping an eye on things the last few days, what happened in the final hours [of the transfer window], how many changes there were at the last minute,” he said before Germany’s friendly clash with Turkey.

“I think a lot of players will get game time this season – 11 players can't get you through a whole season.

“I was in constant contact with Toni Rudiger, he was keeping me in the loop. He had three or four options over the weekend but unfortunately, nothing materialised – he can try again in the winter.

“He has established himself as a top international player. In terms of athleticism, dynamism and tough duels, he maintains his top level for a few weeks even without match practice.

“He tried everything to leave Chelsea because the European Championship is very important to him. I think he'll try to leave again in the winter. He's doing everything he can to stay in his best form.”

Rudiger has made 115 appearances for Chelsea since completing a £29million move from Roma in 2017.

He has picked up the Europa League and the FA Cup in his time at the club, while also reaching the 2019 League Cup final.

Yet Lampard has clearly deemed Rudiger surplus to requirements this term, with the likes of Kurt Zouma, Andreas Christensen and Fikayo Tomori ahead of him in the pecking order along with new recruit Silva. 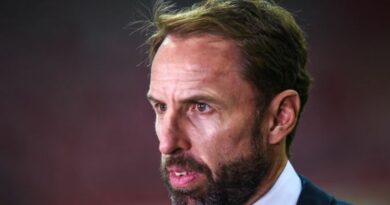